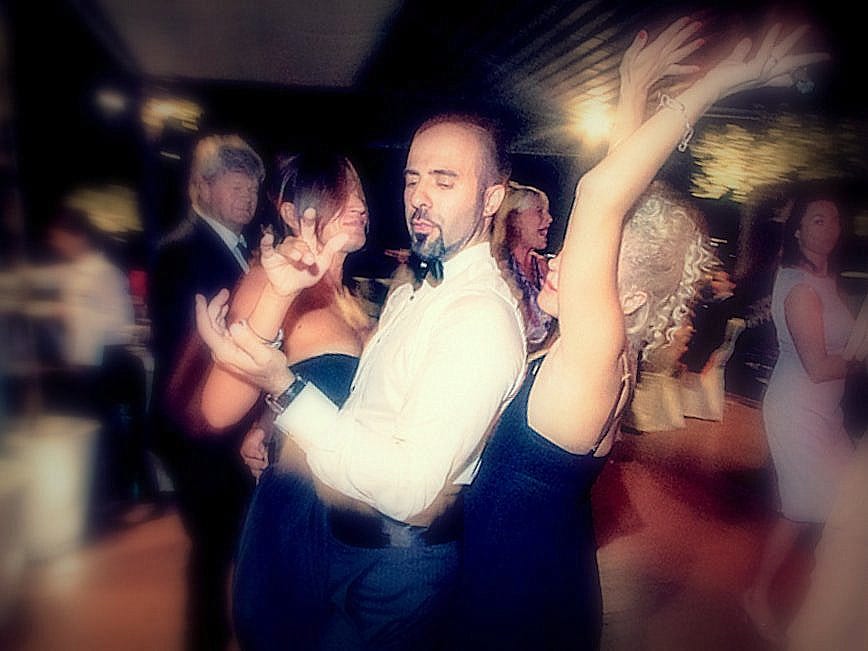 Under a sunsplashed Dalmatian sky, cigar smokers from across the planet gather as one. Ostensibly, we come for the competition; but we all know why we are really here: to celebrate the brotherhood (and sisterhood) surrounding the hand-rolled cigar. Throughout a long-weekend itinerary of lunches, dinners, drinks, boats and smokes, I marvel at how a simple bunch of leaves can help to cross all boundaries of race, religion, language and experience.

This is the fifth Cigar Smoking World Championship. It’s the brainchild of Marko Bilič, an irrepressible bundle of energy and drive. Together with his close family and circle of friends from the Cigar Club Mareva he has crafted this extraordinary meeting of minds, sponsored by the whisky maestros, Chivas.

Now, early on a Friday evening, more than 100 guests are here on the cocktail terrace of the Radisson Blu Hotel. “This is my dream come true”, Marko tells the crowd, and not for the last time. “Thank you all for making this possible.” The premise of the World Cigar Smoking Championship is to take the longest time to smoke a Montecristo No. 4, without relighting and under strict regulations.

The world record, held by Cigar Journal’s very own Reinhold Widmayer, stands at an incredible 1hr 52mins and 10secs. But first, on this breezy opening night, it’s dinner and cigars on the terrace of the F Marine Restaurant in the old harbor. Saturday is the day of the main event, but there is a treat in store for us first. Gathered and transported back to the harbor the next morning, Marko leads us to the Diocletian Palace – where Roman Emperors once took their summer vacation amidst the cooling offshore breezes. 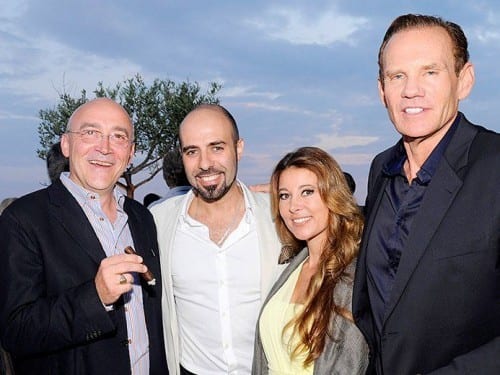 And inside – next to long, linen-draped tables – are Roman Centurions, fully dressed and armed, guarding our luncheon. With amazing squid-ink black risotto and cigars from Daniel Marshall, who was personally on hand to deliver a heartfelt speech, and Vegas de Santiago from Costa Rica, we are treated to some goose-bump-inspiring a cappella from Klapa Cambi.

Olivia Divenot then introduces her own sublime Armagnac Baronne Jacques de Saint Pastou, which is a sensational finish to a suitably decadent lunch in the palace.

It takes me a dip in the Adriatic to come round. From the Radisson Blu’s private jetty, one can enjoy a comfortable seat, order from the bar and make the most of this playground of the beautiful. There’s just time for a siesta before the main event begins. Guests in dinner suits and cocktail dresses arrive for registration and there’s a note of seriousness in the air.

The ballroom is hushed as competitors sit down at their tables and the rules are read out; no re-lighting; no blowing on the cigar; one match only is allowed to light; points are deducted for falling ash; the cigar must stay alight. With a countdown clock displayed on overhead screens, the battle is on.

I choose to mingle, walking amongst the tables and the onlookers to assess the action. Bottles of 12-year-old Chivas are soon being served. It’s no mean feat to smoke a mareva-sized cigar for these extreme lengths of time. Fortunately, I have a gift cigar from Rick Rodriguez of CAO Cigars to while away mine in more comfort. 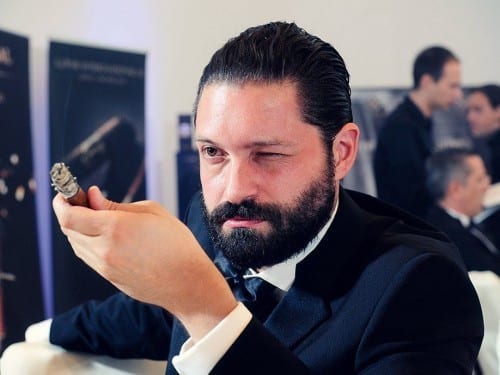 The clock ticks on. Incredibly, the 90-minute mark comes and goes and several competitors are still in the competition. Many have dropped out because their sticks have underperformed, or they’ve paid too little attention to the burn. Widmayer is an early knockout, his cigar inexplicably giving up the ghost.

He joins the watching crowd with a grin. As we get closer to last year’s record, the tension can be felt. Two women remain to battle it out for a string of pearls for the best female performance. For the winner of the overall competition, the prize is a luxury yacht cruise and a special case of Chivas. The crowd surrounds the remaining tables, now on opposite sides of the room. Competitors try not to be drawn into conversation lest their cigar ashes fall.

A collective sigh fills the room – the second-to-last competitor has bowed out with a round of applause. And now one man remains – already a winner, but tantalizingly close to yet another remarkable world record. As Reinhold Widmayer’s record ticks around on the stopwatch, the crowd explodes with relief; the new man has done it.

After 1hr 55 minutes and 35 seconds, the winner shakes his head and puts down his cigar, which has finally gone out. It is Darren Cioffi of Nashville, Tennessee, an American cigar maker of the excellent Principle Cigars. He is tired from the tension, but elated about winning. Prizes are handed out, hands shaken and, finally, we go upstairs to the terrace for the gala dinner and dance.

All in all, it has been a fabulous excuse to visit this beautiful corner of the world and appreciate that, wherever we are and whatever we do, we are all bound by the leaf. See you next time for the Cigar World Championship. Feel free to bring your partners – with great food, drink, spa and seaside on hand, it’s a trip that everyone can enjoy.