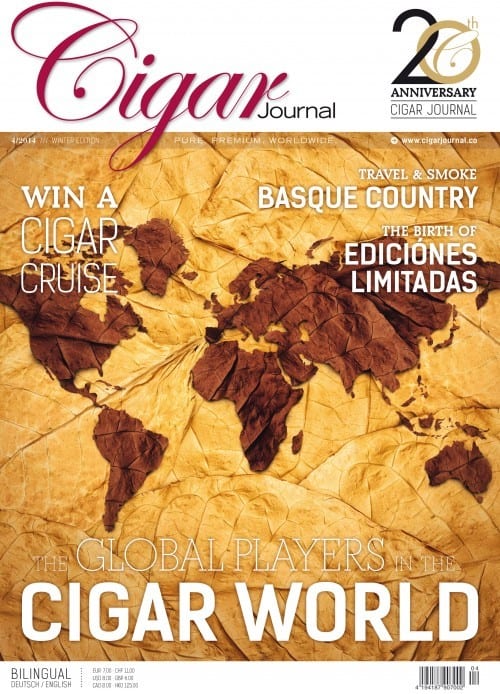 In the 2014 winter issue, we examined in detail the global cigar market – the major players in the trade and their franchise networks, the New World cigar’s leap to Europe and Asia and developments on the global market.

Other topics in the issue were: Our Australian correspondent Samuel Spurr investigated down-under for us – the boom of the cigar scene and the epicurean destination of the Barossa Valley. We also went to Normandy for you, where we met Daniel Clément, an artist who produces exclusive humidors for Davidoff. A company portrait described Xikar, an American accessories manufacturer who has made it to the top of the trade with innovation and commitment to quality. Nick Hammond reported on his impressions of the now fifth Cigar Smoking World Championship.

The following is an overview of the contents of the 4/2014 edition.