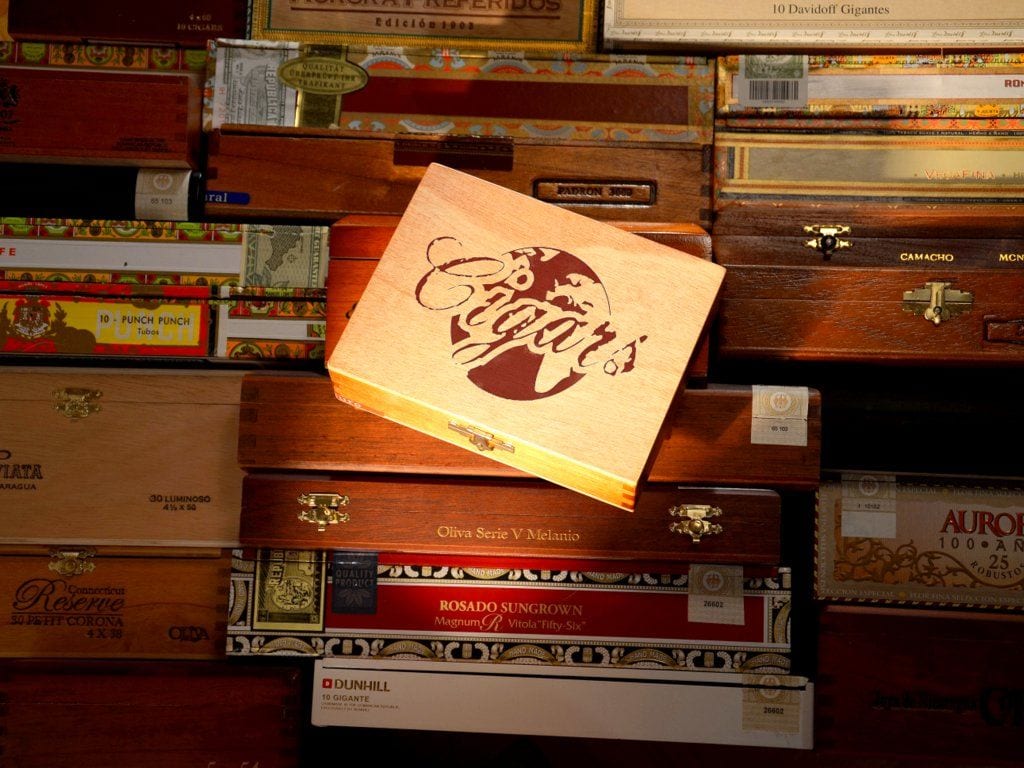 With Cubatabaco, founded in 1962, the Cuban state merged the entire state-owned tobacco and cigar production of the island into one government-controlled body. The United States’ trade embargo, imposed as a consequence of the communist new organization, still today excludes one of Cuba’s most important export goods from the largest cigar market in the world. State-side consumer demand for tobacco and cigars has thus had to be satisfied by other manufacturing countries. It is predominantly exiled Cubans who have relocated their production to Central and South American countries such as the Dominican Republic, Nicaragua, Honduras, Mexico and Brazil, and have taken over this role.

Today, a large part of the global cigar market is in the hands of large European companies. One of them is the Scandinavian Tobacco Group (STG), headquartered in Denmark. It is one of the most powerful manufacturers in the world, and, in the USA, holds a market share in excess of 25 percent. With the purchase of CAO in the year 2007 and the Toraño factories the following year, STG prepared its entry into the premium segment. 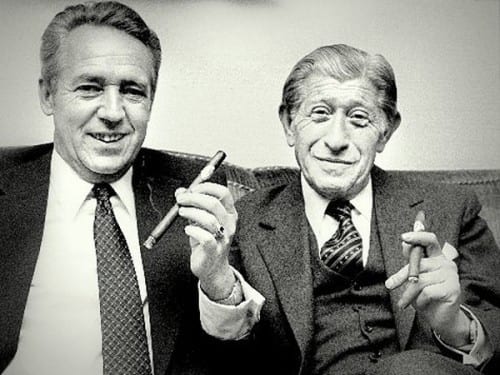 The merger with the powerful Swedish Match AB in 2010, which since that time has held 49 percent of Scandinavian, came rather unexpectedly. This merger also garnered STG the ownership of the General Cigar Company, owners of the world brand Macanudo and countless Cuban labels like Cohiba, Bolívar, Hoyo de Monterrey and Partagás in the United States. These brands are hardly interesting for international sales, but in the United States they rank among the market leaders. STG continues to be aggressive – in the fall of 2014, the subsidiary General Cigar swallowed the market rights to Toraño.

While the Danes rely on cigars from the new world, an opponent to STG, Imperial Tobacco, has one foot in Cuba. In 2008, the British multinational cigarette company bought the Madrid-based Altadis S.A. (in turn, an amalgamation of the Spanish and French tobacco monopolies Tabacalera and Seita), and, with Altadis USA, also purchased the owner of the trade mark rights for H. Upmann, Montecristo, Romeo y Julieta, Trinidad, etc., in the USA, as well as VegaFina, Santa Damiana and Flor de Copan on international markets.

Only six years after the founding of Habanos S.A. in 1994, the government monopoly for the sales and marketing of Cuban tobacco manufacturing, Altadis had acquired 50 percent of Habanos S.A. This share is now owned by the Imperial Tobacco company group. 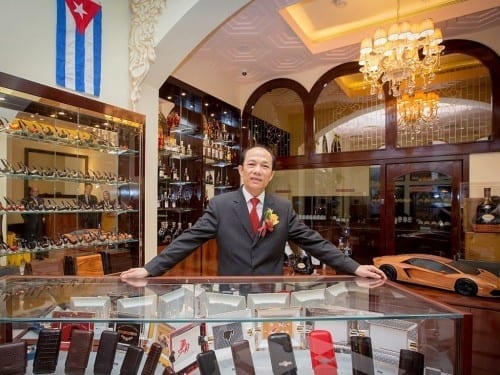 Oettinger Davidoff is another big player bustling on the world market. What began with the Russian tobacco specialist dealer Zino Davidoff, who ran a highly acclaimed tobacco store in Geneva and was also allowed to sell Cuban cigars with the name Davidoff as a private label, was to be expanded by Ernst Schneider with Max Oettinger AG into a multinational company that is second to none.

With a presence in over 150 countries, the Swiss family enterprise last year produced 38.9 million premium cigars in the Dominican Republic and Honduras.

Successful in the USA is primarily the main brand Davidoff, as well as Camacho and AVO. A full 20 percent of last year’s remarkable US sales of 1.35 billion US dollars was generated by the giant company, which reports two-digit growth figures in an otherwise moderately growing market, and thus also gains in market share.

In 1987, Cubatabaco fundamentally reorganized their worldwide distribution structure and placed their hopes in exclusive distribution partners in individual countries. This ensured not only control over marketing but also a share of the trading volume.

The Cuban cigar’s top position on the world market from a Habanos S.A. perspective is safe, with “more than 70 percent based on volume and 80 percent in terms of revenue,” estimates Jorge Luis Fernández Maiques, vice president of Habanos S.A. The numbers, of course, do not include the huge US market.

Movement on the Markets

The classic Habanos markets are Spain, France, China, Germany, Switzerland, and Cuba. According to Habanos, 70 percent of their sales are made in 14 countries, whereby Cohiba, Montecristo and Romeo y Julieta make up two thirds of the successes. The economic crisis and legislative measures are slowing down sales in traditional markets. And although most consumers see the cigar as being synonymous with Cuba, the market share of Cuban products threatens to crumble, even if, according to official data, the total turnover for 2013 shows an increase of eight percent.

For many of the companies located in the United States, there is still not much reason for them to put their feelers out into other markets. During the last few years, however, there seems to be movement in the branch. Manufacturers are now increasingly entering the new markets. “The market for cigars from the new world has been increasing steadily since around 2004,” says the Briton Scott Vines, “but the momentum has picked up substantially over the last four to five years.” Since 1992, Vines’ company TOR Imports has been importing new brands to the British market, which was originally strongly characterized by Cuban cigars. Vines estimates the current market share of non-Cuban cigars in Great Britain to be 25 to 30 percent. Generally, it is not considered an easy venture to gain footing in new markets.

Alongside respectively differentiating legal regulations, the relatively small size of some markets and the various characteristics and idiosyncrasies of various countries also represents logistical challenges and problems for expansion. “We have to be flexible enough to understand that each country and culture has its own idiosyncrasies and ways of doing business,” says César Gadea of Padrón Cigars on the topic. While Habanos and Davidoff are concentrating on flagshipstore concepts and also have local offices to fall back on, for smaller manufacturers it is fundamentally important to find reliable and officious distribution partners on location. 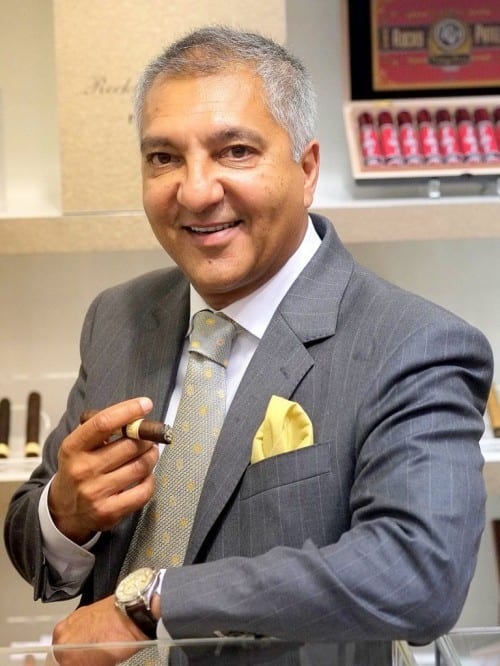 Brian Shapiro, director of international sales for Oliva, pointedly determines the following: “I think the international smoker likes good cigars. That is the preferred taste. Our greatest potential is not one particular country, but to continue to eat away at the Cuban cigar market share.” The demand for non-Cuban cigars is one reason for international movement since 1990, says John Bodycombe of JC Newman, whose Dominican brands are rolled by Fuente. It is particularly noticeable in duty free that “more and more handmade cigar smokers are demanding new world cigars rather than just being offered Cuban cigars.” Alec Bradley’s motivation to expand originally stems from international demand, according to their own accounts.

And Gurkha representative Frank Dekok also cites passionados’ curiosity as the reason for the success of the brand recently introduced internationally: “Consumers are eager to try new and innovative concepts. That’s why we’ve made a flying start in the most markets.” He also adds: “Sometimes the trade is more conservative than the consumers.” 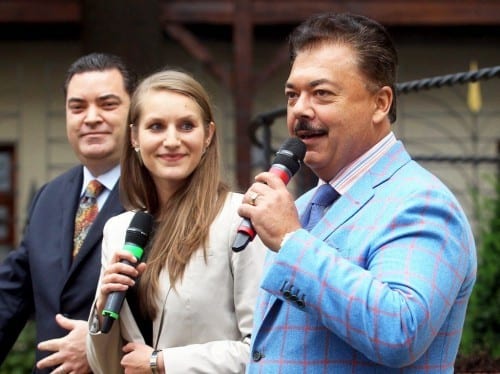 In regards to the sustainability of the developments on the new markets, Nick Perdomo is confident. “We see a lot of growth. And like my father always said, if you produce a top quality product, the quantity will always grow,” he says.

We are expecting this growth trend to continue through the next twenty years,” Gomez explains. However, the globalization of the cigar market is not only happening from the west to the east.

European cigar manufacturers of moderate size are daring to take steps into the US. Starting with the local French market, Flor de Selva had already developed other European countries very early on, and, with the founding of a distribution company, has now taken the plunge into the United States. And, following success in the German-speaking realm, Brun del Ré Cigars is also gaining a foothold in the US.

That there is still room to expand on a global level can not only be seen in the growing networks of La Casa del Habanos and Davidoff stores. The latter, currently with 70 flagship stores and 540 depositories and a constantly growing number of branches, has invested hugely in the internationality of brand and company. They see potential in Basel, both in the core markets as well as in Asia, the Middle East and in the duty free trade. These markets show promise not only for Davidoff. Now, once again, China finds itself in third place (!) of the most important markets for Cuban cigars.

Eastern European countries like Russia, and Asian and African countries are also now increasingly appearing on manufacturers’ radars alongside the European core markets. From 2015, the Mexican tobacco and cigar producer Turrent is supposed to deliver one million cigars annually to China for private labels. 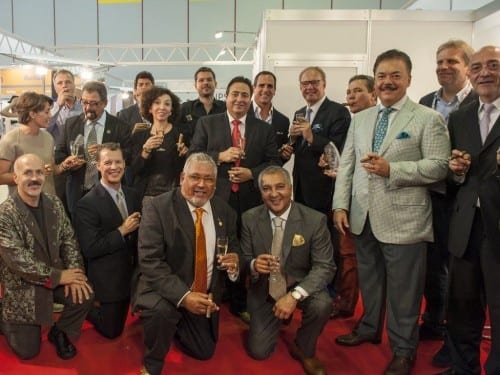 The country’s market distribution thus levels off at 35 percent outside the United States; 50 percent are sold on the local market in Mexico; 15 percent in the US. Several manufacturers also invest in countries that are considered difficult, like Canada and Australia: Scandinavian Tobacco has announced significant growth there despite the rigorous regulations. Developing new territories is connected with effort.

Nevertheless, increasingly more manufacturers are aiming to create globally strong brands. Strategic consideration also plays a role: expecting the end of the US trade embargo for Cuba, Boutique Blends is expanding its international network. “I don’t believe that Cuba will have the production capacity to support the initial US demand,” says Rafael Nodal. Sales outside the US compared to local the market are, for most, still relatively quiet. Only a few manufacturers so far have reached the export quotas beyond the ten percent.

At Rocky Patel Premium Cigars, one of the most active players on the international floor, international business is at around five percent. Nevertheless, it would seem as if one encounters the brand all over the place.

“It’s a slow process,” confirms Robert Levin, president of Ashton Cigars, which started exporting to Germany as early as 1988. How the world market will look in the future is still hard to predict. The spirit of adventure has been drawn out, however, and the mood is good. What was it that José O. Padrón always said? “We start with baby steps before we walk and then run.” 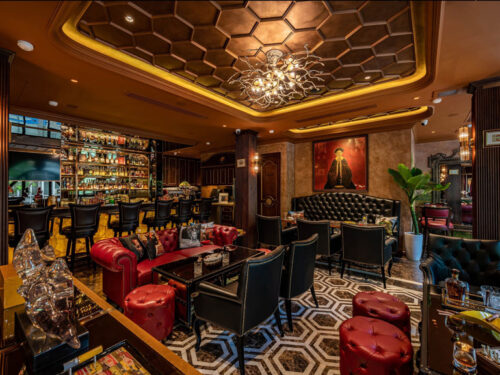 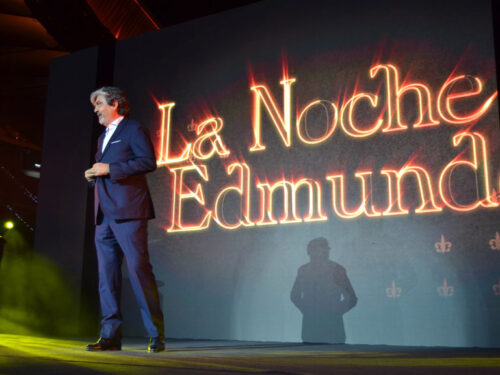 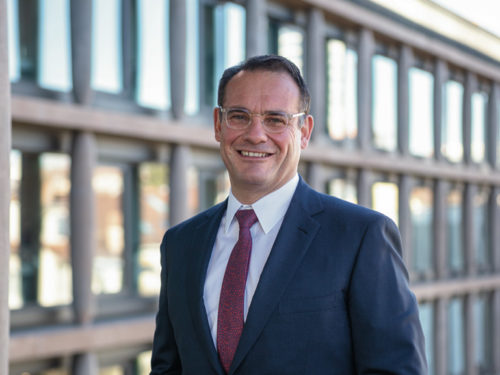 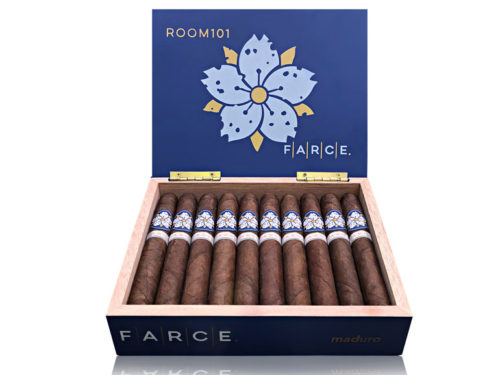