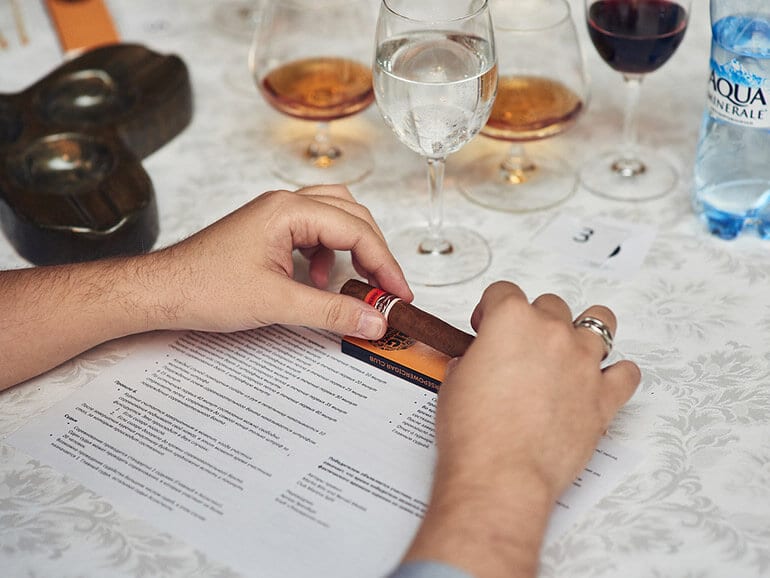 The 2017 Cigar Smoking World Championship (CSWC) will take place on September 2nd in Split, Croatia. During the qualification tournaments throughout the year, new world records have set the benchmarks: Igor Kovacic from Sweden has achieved a smoking time of 175 minutes and 27 seconds to finish his Mareva sized Macanudo Inspirado and Tomasz Żołądkiewicz from Poland is the current holder of the world record at 180 minutes and 26 seconds. Third in the world ranking is Darren Cioffi (USA) at 170 minutes and 09 seconds. Patricia Benden (153:27) from Germany and Agata Piotrowska (163:42) from Poland have set new world records women in 2017.

For the 2017 Grand Finale S.T. Dupont is joining in as a sponsor and will have special awards for three slowest smokers. Also, ProCigar Festival joined as partner. Havana Club Rum will be presented as the official spirit of the CSWC and Rick Rodriguez will be there in person to present CAO Pilón and his new CAO Amazon cigar. Cuervo y Sobrinos is the offical time keeper and will provide awards for the best male and female competitor (a 135th anniversary limited edition watch).

This is the list of winners of the 2017 qualification tournaments. Most of them will compete at the Grand Finale in Split: 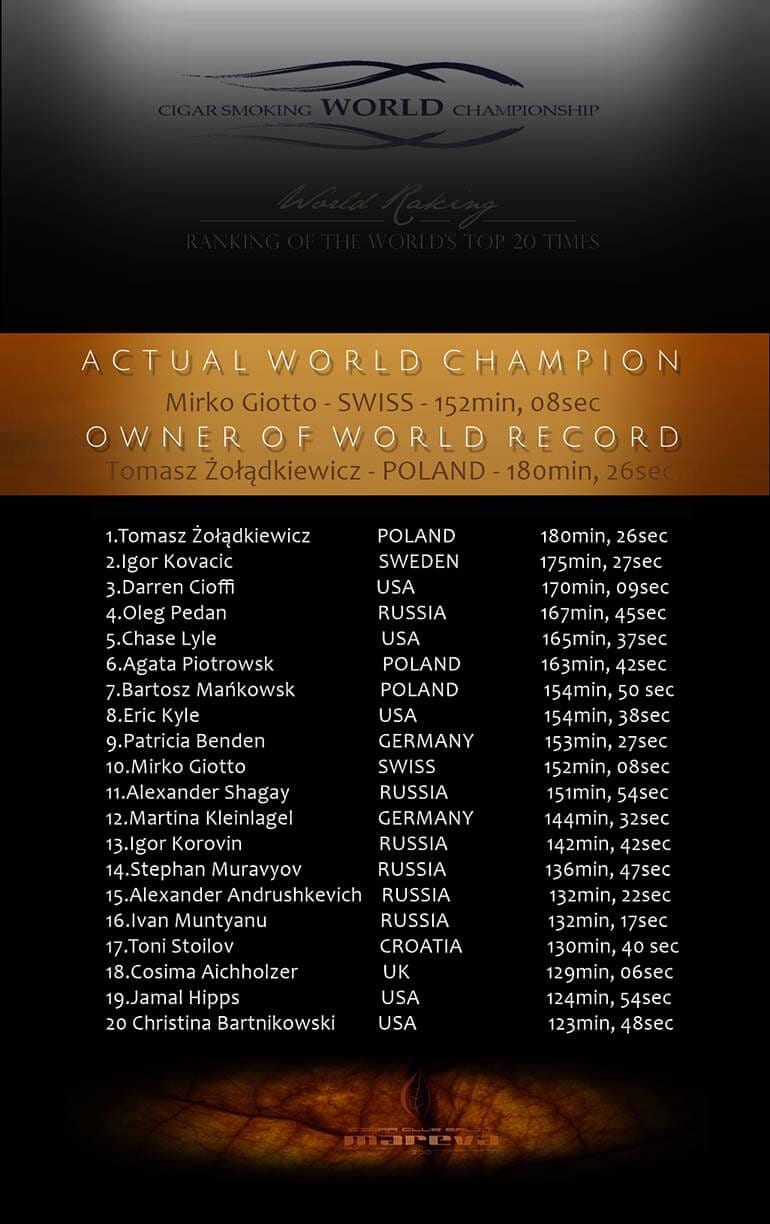