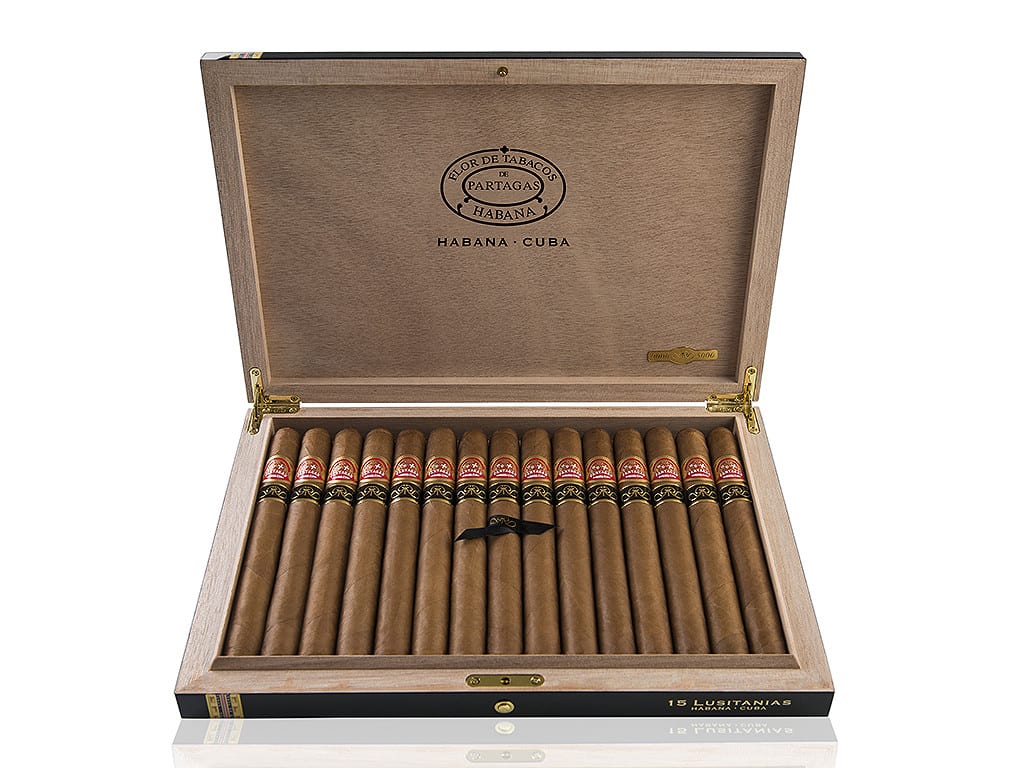 Finding cigars with high collection potential presents a challenge, even for Simon Chase. In this article he let us know what exactly makes vintage cigars real collectibles and talks about his expert knowledge on past cigar auctions.

In the last six months I have been fortunate enough to taste two remarkable vintage Havanas. The first was a Cuban Davidoff No. 1 from 1989, which Edward and Eddie Sahakian served at the Vintage Cigar Evening in their cigar store and tasting lounge at London’s Bulgari Hotel.

Although this 192mm | 7½ inch by 38 ring gauge, long, slender vitola is not generally considered to have great ageing potential, in this case perhaps because it was a rare example that came wrapped in cellophane, the taste was a real treat. At 25 years of age all the fragrance of Cuban tobacco was still present and it displayed a fruity mellowness that made me wish it was even longer.

Buying Havanas at auction is something of a lottery.

The second was in the garden at the Hotel Alma in Barcelona. I was meeting a man named Mark Stücklin who worked with me back in the 1990s at Hunters & Frankau, where he accumulated considerable knowledge and a taste for the Cuban leaf. After lunch, Mark gifted me a Churchill-sized, Bolívar Corona Gigante that had been made before Fidel Castro came to power in Cuba. It came from a box he had been given by a connoisseur in the late 1980s and that had been kept in perfect conditions of temperature and humidity throughout its life. I mention this because, when it comes to lighting up a cigar that was made over 50 years ago, it is vital to know as much about it as possible. Well kept, a cigar of this age can prove exceptional but, if the humidity in which it has been stored is allowed to drop much below the prescribed 65 to 70 percent, the taste will be harsh and unpalatable regardless of how perfect it was at its birth. 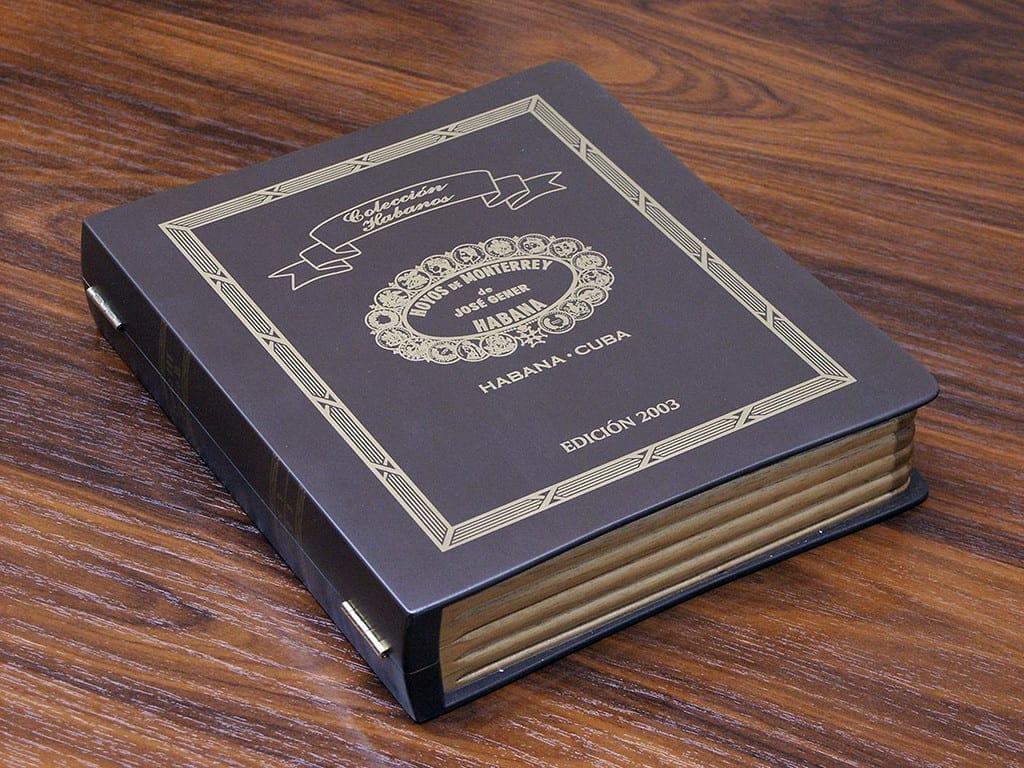 Mark’s Bolívars had clearly been exceedingly well made with leaves from a series of successful harvests. The draw was firm but effective and as it smoked, a solid steeple of ash formed above a pencil-thin burn mark – a sign of an aged cigar. The taste was simply remarkable. The rich earthy flavours associated with the brand, although muted at the start, soon developed. They were similar but not the same as you find in current production, because of an overwhelming elegance that was delicious. Mark felt that his priceless stash, of which only a few remain, had passed its peak. I disagreed. To my palate the cigar was still in what Min Ron Nee terms the “Second Maturation” and that there was every chance that in another 10 years they would reach the prized Third Maturation – the elusive “ethereal” taste.

The fact that the taste of Havana cigars can improve with age, which I describe these days as the “taste reward”, is only one aspect of what makes them collectable. Another is their “rarity value”. These are not mutually exclusive, because clearly the goal of any collector is to satisfy both criteria: the one, which is largely a matter of personal satisfaction, and the other, which can bring a return on investment. Both of the cigars I describe above were rich in taste reward, but at the same time there are not that many Cuban Davidoffs left to buy, particularly with perfect provenance, and fewer still Bolívar Corona Gigantes made in the 1950s.

Finding cigars like these presents a challenge. Often they are traded between collectors behind closed doors, but there are some cigar merchants who specialise in vintage Havanas, like Edward and Eddie Sahakian. Public auctions are another source, which have the advantage that their results are published and provide a useful guide to movements in the market.

The most active auctioneer at present is London-based Mitchell Orchant of C.Gars Ltd, who has staged at least two auctions per year since 2009. In the early days these were physical events, but last year he opened the specialised website C.Gars Vintage Cigars Auctions which has allowed him to increase the number of events he holds. He still hosts the occasional physical event. The last was held at the Boisdale Jazz & Cigar Club in Canary Wharf on 1 December.

Buying Havanas at auction is something of a lottery just as it is with fine wines. On the one hand there is the question of the provenance of the cigars, particularly with regard to the way they have been stored, and on the other hand you never know how the bidding will go. You can deal with the provenance by going to see the cigars before you bid.

Even if you live thousands of miles away I cannot recommend too strongly that you make the journey. There is no substitute for inspecting them, feeling them and sniffing them. The bidding is another matter because auctions can exercise a particular power over the participants.

I will never forget a cold night in November 2010 when a box of 10 pre-Castro Romeo y Julieta Dunhill Selección no. 779 came up at one of C.Gars auctions. The estimate was a decent £2,000 to £2,500 – it was only 10 cigars. Two gentlemen, one from Hong Kong and the other from Japan, became locked in a titanic struggle. They raced past the estimate. There was a cheer when they passed £7,500 and a roar when £10,000 was reached. Finally the Japanese won the day at £11,500 or £1,150 for each cigar. It set a new world record price for a cigar sold at public auction. Some find the thrill of the auction another reason for collecting Havanas. 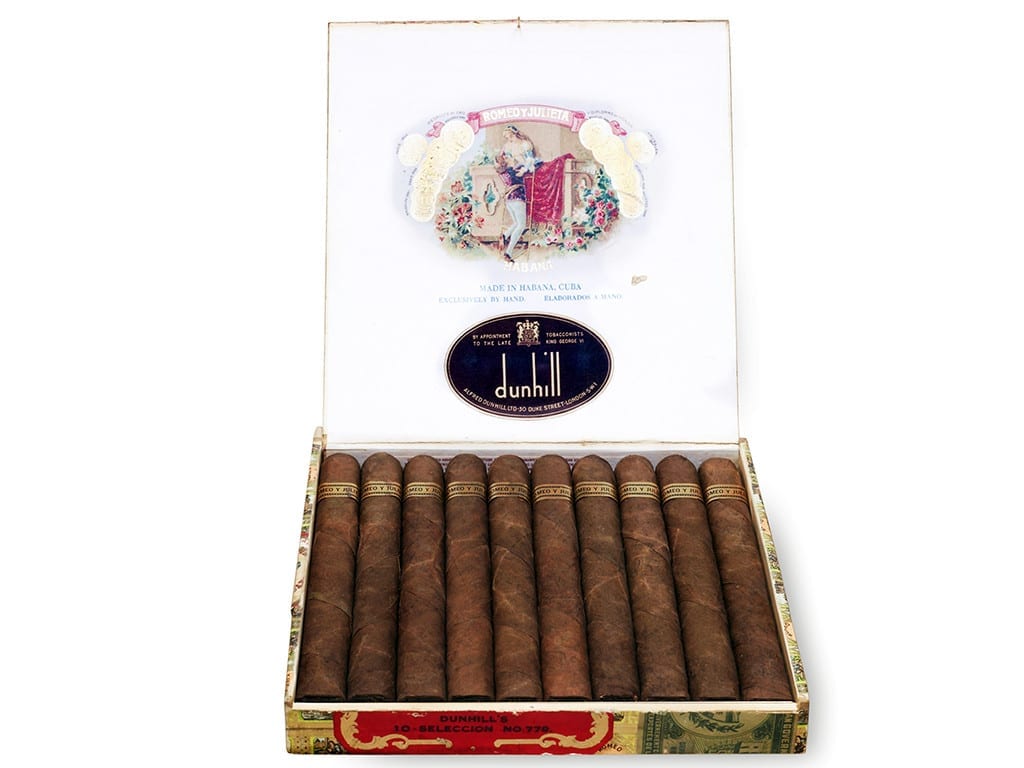 To find out which cigars are commanding what sort of prices, there is useful tool on the cigarauctions website that allows you to check the prices achieved for every lot sold in every auction that C.Gars has conducted over the last five years.

You should be aware that the figure listed is what is called the hammer price. It does not include the commission of some 15% that both the buyer and the seller must pay, nor any sales taxes that might be due on the commission subject to where you live.

If you study the form, you will soon discover that there is a lot of interest in some of the special productions that Habanos S.A. have produced since the turn of the century. They include the Millennium jars, Limited Edition releases, Regional Editions, Reservas, Gran Reservas, Colección Habanos ‘books’ and Antique Replica Humidors. To a greater or lesser extent, all these specialities have a built in rarity value because they are all produced in limited quantities.

Taking Reservas and Gran Reservas as an example, only 5,000 boxes are produced of each category in the years that they are produced. Reserva boxes contain 20 cigars each, making a total production of 100,000 cigars, while Gran Reserva boxes contain just 15 cigars, with a total production of 75,000 cigars. Colección Habanos are much rarer because only 2,000 ‘books’ are made each year contain-ing 20 cigars, so a total of 40,000 cigars, and Replica Antique Humidors are rarer still because only 17,500 cigars are made to fill 350 humidors with 50 each. All of these specialities have performed well at auctions.

There was one special production that took rarity value to a new level, although you won’t find it in an auction or on a website. It was the Cohiba 40th Anniversary Humidor made in 2006. Only 100 of these magnificent Elie Bleu boxes were made to house a unique 7½ inch by 52 ring gauge vitola called, somewhat confusingly these days, a Behike. Forty cigars with individually numbered bands were placed in each humidor, making a total production of just 4,000. The asking price for the box in 2006 was 15,000 euros. If you wanted to buy one today, I am told you would have to think about spending £100,000, perhaps more. Whether you would receive a taste reward too is another matter on which I cannot advise you because I have never smoked one. 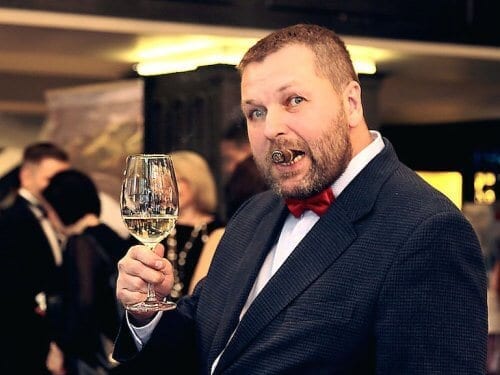 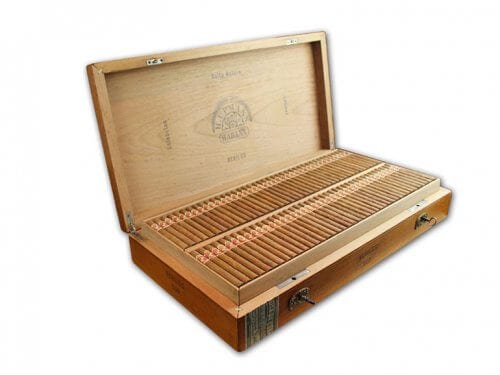