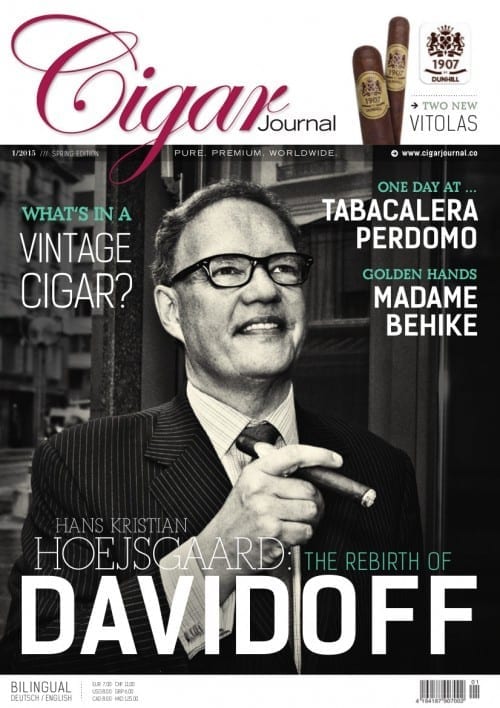 In Cigar Journal’s Spring 2015 issue, we speak with Hans-Kristian Hoejsgaard, Davidoff’s CEO, who took the helm at the world’s largest family-owned cigar manufacturer a few years ago. His re-organization of the company has yielded impressive results: successful product relaunches, flagship stores opening around the world, and a new image. One thing is clear: Davidoff has both the will and the potential to be the world’s No. 1 cigar brand.

Also in the issue: Editor-in-Chief Katja Rauch discusses the results of a study on female cigar smokers that does away with tired old clichés. In a special tasting, we explore the influence of terroir on a cigar’s flavor, and in Cuba, we meet up with the torcedora who rolled the first Cohiba Behike cigars. Last but certainly not least, we smoked 60 cigars for you, including new editions like the newly launched Davidoff Winston Churchill and the Edición Regional Suiza 2014.

The following is an overview of the contents of the 1/2015 edition.