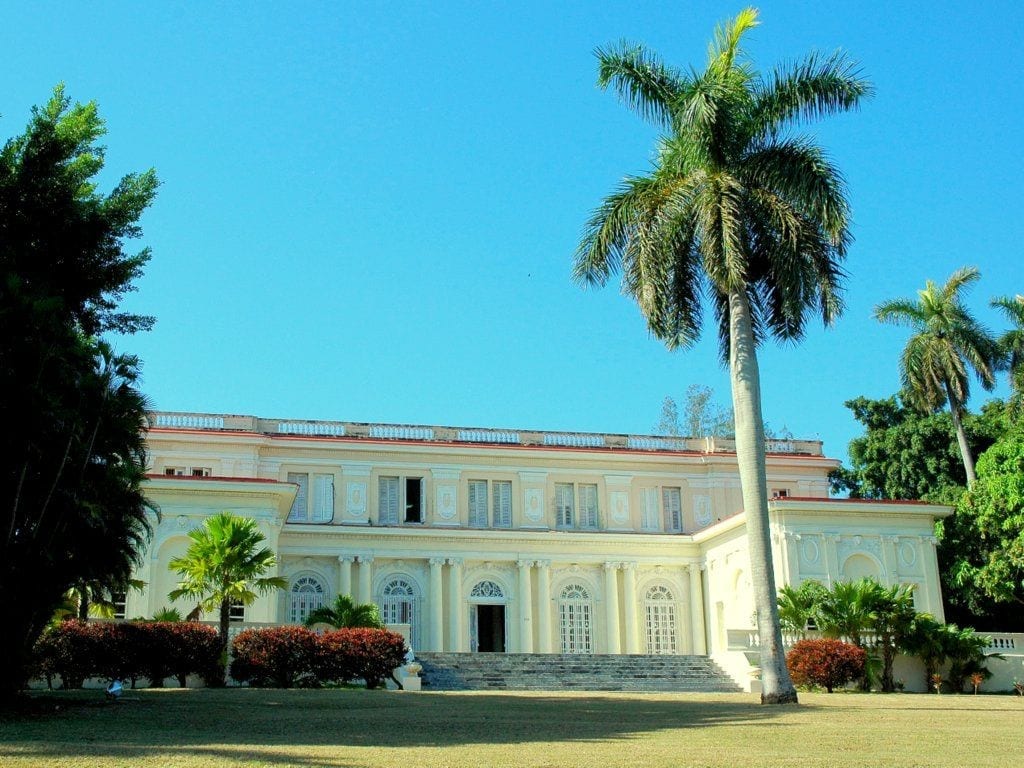 Who’s the fairest one of all? Snow White’s evil stepmother had to look into a mirror for reassurance that she was the fairest in the land. There’s no question, however, which cigar factory is Havana’s most beautiful: without a doubt, it’s El Laguito.

The El Laguito factory is located in Havana’s Cubanacán district, west of Miramar, at 146 Avenida No. 2121. Close nearby is the embassy district, well-guarded from prying eyes.

It’s normally not possible to take a tour of the manufacture itself, but during the Festival del Habano, its doors are briefly opened for visitors from around the world. Even if the factory is closed to the public, however, the magnificent building and lush gardens are worth a view from the outside; a small nearby lake is the factory’s namesake (laguito is the diminutive for the Spanish lago, or lake).

The villa-like building, reportedly built in the 1920s, was originally the grand residence of Alberto Casimiro Fowler Perilliat. He was one of the owners, and, from 1917 on, one of the presidents of the North American Sugar Company. His family also owned a railroad company and a distillery, a rum factory, a brandy manufacture and maintained partial ownership of a bank and an airline. Like so many, Perilliat and his family fled the country after the Revolution, abandoning the residence.

It wasn’t until 1966 that the villa became a production facility for a newly created cigar label by the name of Cohiba. Since then, the building has been synonymous with the first post-revolutionary, nationally owned cigar label: Cohiba.

The Fairest of Them All

From the outside, El Laguito is the most beautiful cigar manufacture in Havana, and quite possibly the world. The two-story villa remains majestic, its entrance framed by tall trees. The house itself stands amidst tall, sturdy palms in a sumptuously landscaped park. Until recently, the building had begun to show its age. 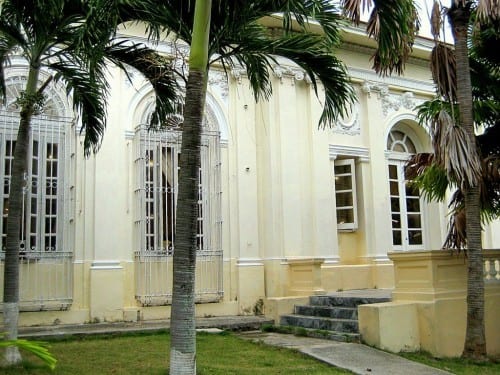 However, in the past several years, thanks to financial support from a group of official Habanos importers, extensive restorations have been carried out on the building’s exterior and interior.

El Laguito has been dazzling visitors with its new look ever since. For example, now the villa’s exterior stairs are paved with natural stones or marble – a welcome contrast to their condition a few years ago, when they were painted an unfortunate shade of bright red.

A grand staircase leads up to the factory’s main entrance and its five large glass doors. Passing through the doors, one finds oneself in the lobby, with a view onto an elegantly curved stairway leading up to the upper floor. The word Cohiba, written in script, adorns the light yellow walls. From the lobby, one can turn left or right into different rooms, each of which is occupied by cigar rollers; these galeras are found on the upper floor as well. Next to the main villa, an additional office building houses the factory director’s office.

Though it’s less impressive from the outside, its interior design is very similar to the main building’s, right down to its delightful curving staircase. A further annex contains additional work spaces, including the despalillo, the room in which the lower ribs of tobacco leaves are removed. Many women sit in this room, leaves piled up to their calves: their work goes so quickly and appears so simple – but is really only possible for very experienced and quick hands.

Several legends surround the creation of the Cohiba label, which originated as Fidel Castro’s favorite cigar. Bienvenido Pérez, better known as “Chicho”, became Castro’s chief bodyguard after the Revolution. In 1963, Chicho offered Castro a cigar rolled by his friend, Eduardo Rivera. Fidel Castro found this cigar so good that he asked Rivera if he could make more. Soon, everyone was talking about Fidel’s as-yet-unnamed cigar.

In 1966, it was named Cohiba, after a Taino Indian term for a bundle of tobacco leaves that was ritually smoked. Fidel Castro strongly preferred a long, slim format. His favorite cigar was the Cohiba Lancero, with a length of about 7 9/16 inches and a 38 ring gauge.

Fidel Castro gave the cigars that he didn’t smoke to heads of state, diplomats, and important personalities. Now and again, deserving Cuban organizations were also recognized. In those early days, special guests even received cigars with personalized cigar band rings; only a select few comrades were ever able to enjoy this rare version.

Only in 1982 – some 20 years later – did the Cohiba label officially appear at an event at the Ritz Hotel in Madrid, thereby making its debut on the world market. In 1989, international marketing began with the Línea Clasica label.

By the way: the Cuban Revolution wouldn’t have happened without the cigar. It’s said that anytime the revolutionaries were holed up in the Sierra Maestra, they always brought along a torcedor who supplied Fidel Castro, Che Guevara, and the other heroes with first-class cigars. It was an incredible feat, especially when one considers how exceptional, specially-stored and -fermented the tobacco leaves must be to go into a good cigar.

Let’s return to El Laguito. The factory was not only especially beautiful, but also unique for another reason. At the very beginning, every single employee was a woman. This is attributed to the efforts of the factory’s founder, revolutionary hero Celia Sanchez Manduley. Celia Sanchez, who went by the code name “Norma,” was one of Fidel Castro’s and Che Guevara’s most loyal fighters. 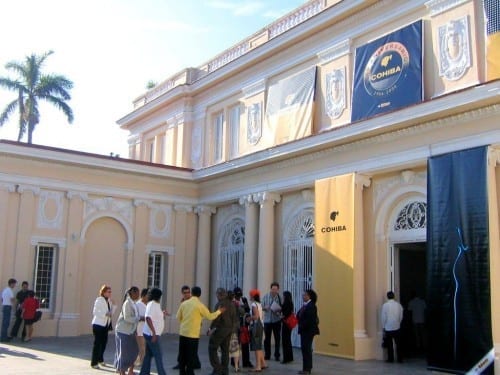 Having energetically supported the rebels’ struggle from day one, she became the first woman enlisted in the Sierra Maestra rebel army, and the first guerillera member of the General Command. On January 1, 1959 she took Santiago de Cuba alongside Fidel Castro. She’s still a respected and beloved historical figure throughout Cuba.

Thanks to her detailed notes, we have a nearly complete reconstruction of the revolutionary events, which you can learn about in the “Museo de la Revolucíon.” Just as Celia fought for the creation of a female army during the Revolution – enlisted under the name of the “Mariana Grajales Brigade” – she wanted to start a factory with only female employees. El Laguito was her dream come true. She offered a multitude of social activities to enrich the life of the working women, and strove to support the family/work balance. Today, men and women work side-by-side in El Laguito, but for many years – for over a decade – El Laguito was Havana’s only cigar factory to be led by a woman, Emilia Tamayo. Many men have followed in her footsteps, but even today she’s still considered by many torcedoras and torcedoras the “mama” of the factory.

More than the Others

Tobacco that was intended for the Cohiba and processed in El Laguito was always the best from the Vuelta Abajo. Because Fidel Castro was a dyed-in-the-wool cigar lover, he allowed himself the luxury of these very special cigars. Tobacco intended for Cohibas have always undergone a third fermentation (in addition to the typical double fermentation), which lends the cigars an even smoother, rounder flavor. This fermentation takes place in barrels and continues exclusively in the production of Cohiba tobaccos to this very day.

LOCATION
Cubanacán, a 30-minute taxi ride from the city center; 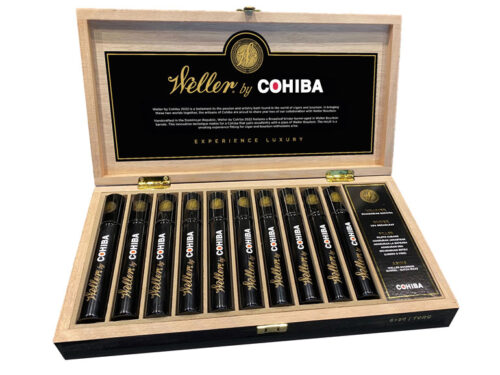 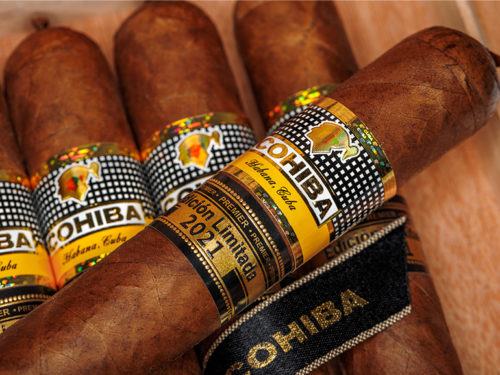