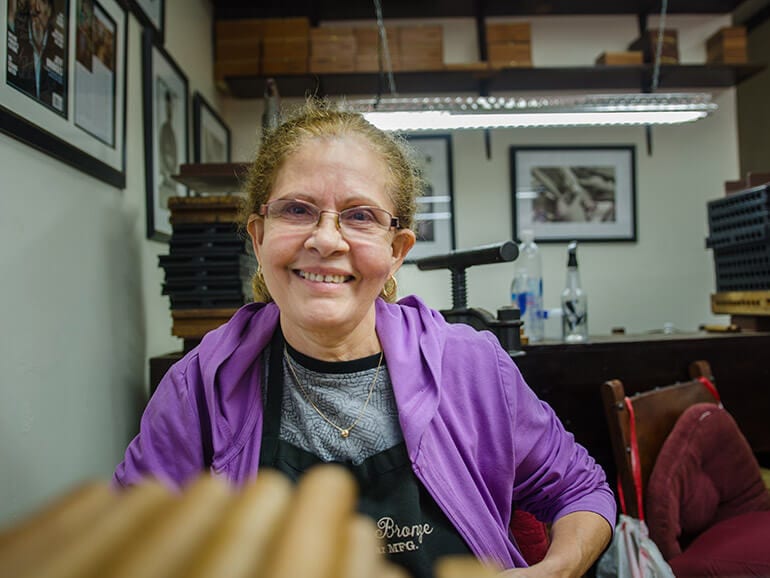 Maria Sierra’s own cigar apprenticeship started in 1967 post-Revolution Cuba, at the fabled Fabrica de Tabacos El Laguito, then managed by maestro torcedor Avelino Lara, the first director of the Miramar located factory. A year prior to Sierra’s arrival Lara oversaw the launch of a little known diplomatic brand known as Cohiba; a year after she arrived the factory produced the first singularly branded Davidoff of Geneva (no longer co-branded with Hoyo de Monterrey) cigars. It was at El Laguito that Sierra mastered rolling delicate thin cigars such as the Laguito no. 2. Sierra arrived at the Little Havana Miami factory El Titan de Bronze located at Calle Ocho, in 1995; where since 2012 she exclusively rolled the La Palina Goldie Series, until her recent retirement.

To maintain the continuity of such a special limited production cigar (only 2,000 -2,500 Goldie boxes are produced annually), and ensure consistency in the production, La Palina Cigars and El Titan de Bronze selected Chino Perez as the new exclusive Goldie torcedor. Perez worked directly under Sierra for over three years. Prior to that he worked 25 years at the la Habana Vieja Real Fabrica de Tabacos Partagás. Perez started rolling at the Partagas Factory in 1990, and held multiple positions in the famed puro atelier, including as floor supervisor for five years, prior to emigrating to the US in 2014.

“We wish Maria the very best in her well-earned retirement. She is truly a living treasure and one of the great cigar masters of all time,” said Bill Paley, owner of La Palina. “Her deep dedication to the art of the cigar is unequivocal, she will be profoundly missed.”

Sam Phillips and Clay Roberts, of La Palina added,” Of course as one door closes with the retirement of one generation; another door opens as the new generation comes forward. Chino is an extraordinary roller and was schooled by the very best. We are delighted that he will be crafting the next generation of Goldies.”

Speaking of, the 2017 Goldie (the vitola changes annually) is a Toro size (6” x 52 rg) and is available at retailers since August 2017. A complex blend, the Goldie utilizes the coveted and diminutive medio tiempo tobacco leaves — those that grow on the very top of the tobacco plant stalk — above the ligero leaves. It is the medio tiempo that provide the rich Goldie blend its signature flavor and aroma. 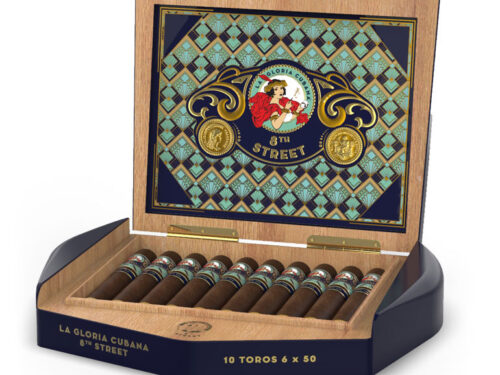 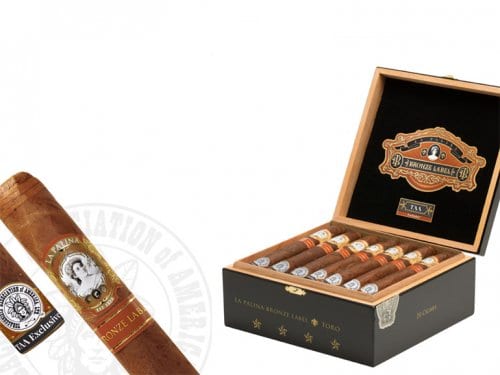 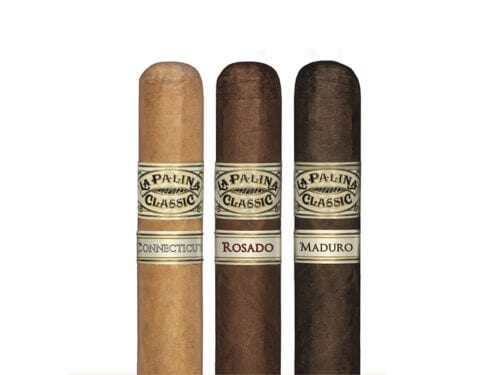 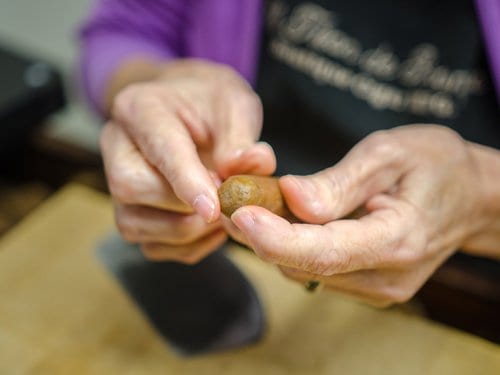 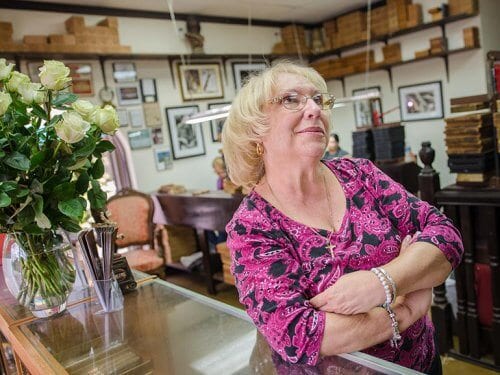