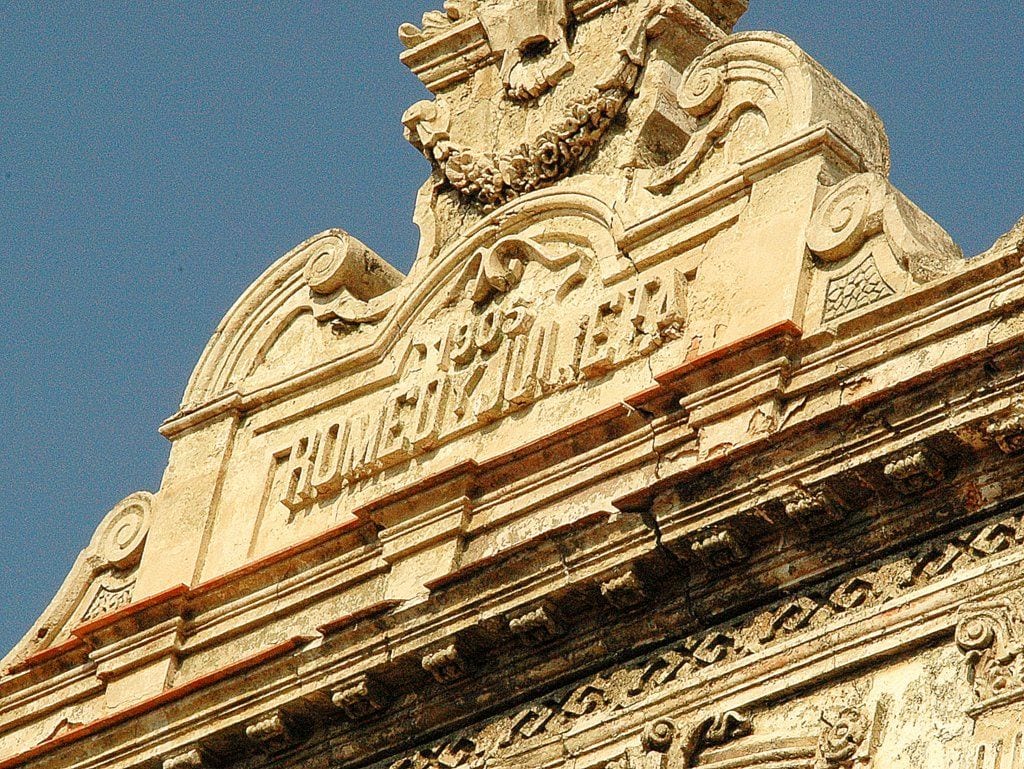 Is it possible to be hopelessly romantically inclined and still run an efficient, profitable business? Well, yes. If you are Don Pepin, infamous owner of the brand Romeo y Julieta and the manufacture of the same name.

Don Pepin (legal name José Rodriguez Fernández) was a man with experience in the cigar business and one of the industry’s greats. He was also the illustrious owner of the Romeo y Julieta brand, and neither before nor since has anyone been inspired by – or influenced by – the Shakespeare tragedy of the same name in quite the same way. But we’ll get to that. He began directing Romeo y Julieta in 1903; contemporaries considered his execution of his vision as guileless and bold. It is not known how he got his nickname.

Don Pepin commissioned the Romeo y Julieta manufacture on Calle Bellascoain 2A in Havana’s Centro Habana district. In 1905 the factory was completed; the building’s tallest gable was for many years adorned with this date.

Unfortunately, the building was demolished in 2011. Despite this, we would like to pay homage to this impressive and spectacular building – and to its notorious founder.

Calle Belascoain is known today as Padre Varela. From the Malecón, Havana’s famous canal street, you need only go a few meters further along the right-hand side of the street to find the lot on which the building once stood.

Abutting the property is one of Havana’s best-known hospitals, the Hermanos Amejeiras Hospital.

There has been a lot of development in this area in recent years, and it won’t be long before the empty lot is built up, leaving nothing to remind us of the former cigar factory.

How it all began …

Contrary to popular belief, Don Pepin was not the founder of the world-famous Romeo y Julieta brand. It had been founded a few decades earlier by Inocencio Álvarez Rodriguez and José „Manin“ García (1875). When Don Pepin overtook the helm, times weren’t easy. The Cuban war of independence was barely over; a large portion of Cuba’s cigar industry found itself in the hands of an American monopoly; the island was politically and economically unstable. But Don Pepin was not afraid. In 1903 he embarked on his enterprise with the backing of Spaniards Ramon Argüelles, Baldomero Fernández and Antonio Rodes.

Loyal to the Name

Don Pepin’s central focus was the Romeo y Julieta brand. He recognized the appeal of the brand name, and under his leadership it achieved world renown. During a speech, Don Pepin once explained, “One cannot forget Shakespeare’s famous figures. The quality of his theater inspires me to be just as successful and excellent with my Habanos. As Shakespeare said: There is no love story sadder than the story of Romeo and Juliet.”

In addition, he created other new brands, again favoring “big” names like, for example, the Maria Guerrero. He named it for the legendary actress who, according to eyewitness reports, was unrivaled in her performance of “The Lady of the Camellias”.

He was even able to get permission to name one of his cigars after Carolina Otero, a famous dancer and paramour of countless prominent – even royal – men. During a trip together across the Atlantic, he overwhelmed her with a thousand compliments, finally giving her a large diamond brooch as a gift. She capitulated.

Don Pepin wasn’t afraid of tricky negotiations for which others may have declared him crazy. Shakespeare’s tragedy appears to have occupied him night and day. 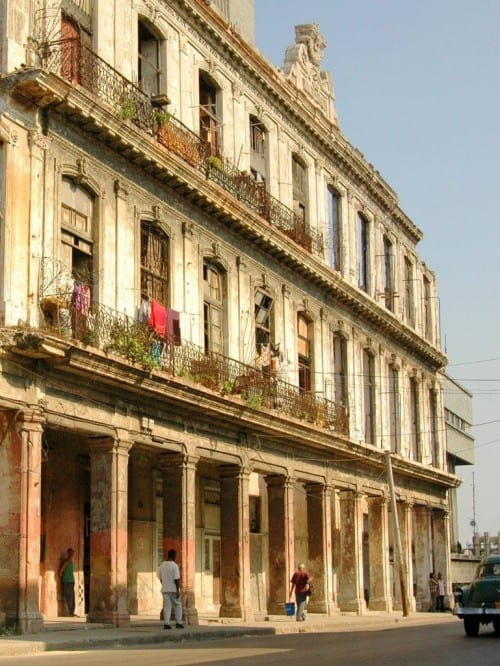 Don Pepin actually tried to buy the Palazzo Capuleto, better known as Juliet’s villa, in Verona. During a trip to Italy, he met with the Veronese mayor as well as members of the city government to discuss his business proposal.

“I have come to offer you a lot of money and to ask your permission to purchase the Palazzo Capuleto. Yes, the very palazzo with the beautiful balcony on which Romeo and Juliet secretly convened. Imagine what that means for a smoker – to be able to smoke in the very rooms where the young lovers met! It would be absolutely perfect to have a young signorina, beautiful as Juliet, walk out on the balcony to join customers smoking my cigars.”

To Don Pepin’s great regret, the flabbergasted city authorities were utterly shocked and refused his offer, even though they desperately needed the funds to restore the palazzo. This historic site was not meant for a business in which tobacco products would be sold, much less to amuse the buffoons the millionaire had in mind, they declared.

More than merely a Cigar Factory

Don Pepin traveled back to Cuba, heartbroken. His savvy, however, certainly didn’t suffer. Even though he couldn’t have the real Palazzo Capuleto, he devoted himself to recreating a Palazzo Capuleto on Belascoin 2A in Havana, even going as far as commissioning a perfect copy of Juliet’s balcony. 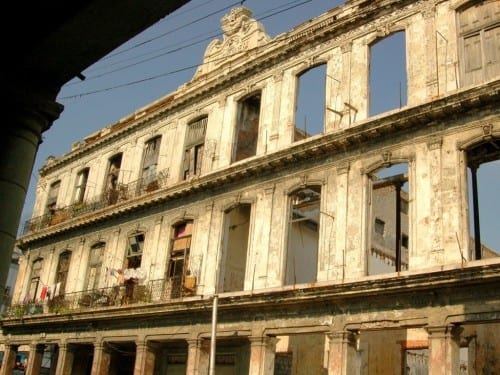 In the meantime, Cuba’s harsh island climate had degraded the construction material. But even despite the building’s poor condition, its onetime beauty (including elaborate plasterwork on the decorated facade) could still be observed. The wrought-iron and completely rusted grilles – modest at the second floor, more elaborate at the third – still surrounded the inner courtyard’s upper levels.

Sunlight lit up one side of the courtyard while cloaking the other in darkness, obscuring the villa’s advanced state of decay. Despite the constant threat of collapse, the building’s interior left side, still passably preserved, served many people as a temporary dwelling. On the right side of the building, only the facade remained. Empty window casements opened up to a view of.

But Don Pepin wasn’t just about beauty and a good name. The manufacturer distinguished itself by its excellent, efficient design. A total of 1,100 workers – including 750 torcedores – arrived at the factory each day. Production flow was perfectly organized.

There were even company-owned truck squadrons that ensured quick transport of the finished cigars to the relatively nearby harbor.

It’s somewhat amusing to note that, during Don Pepin’s time, two German shepherds, a male and a female, guarded the three-level villa’s roof terrace. Don Pepin named them – what else? – Romeo y Julieta.

LOCATION
Near the “Hermanos Amejeiras” hospital, around 100 m from the Malecón. 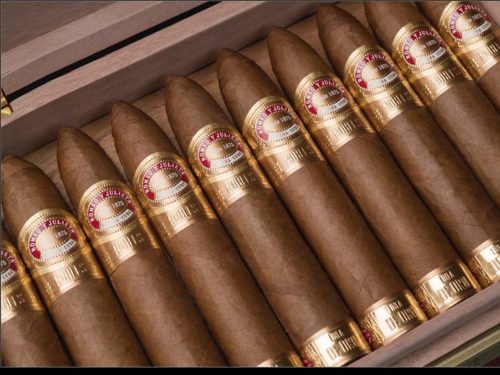 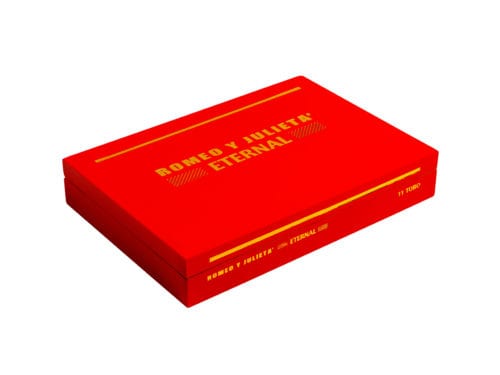