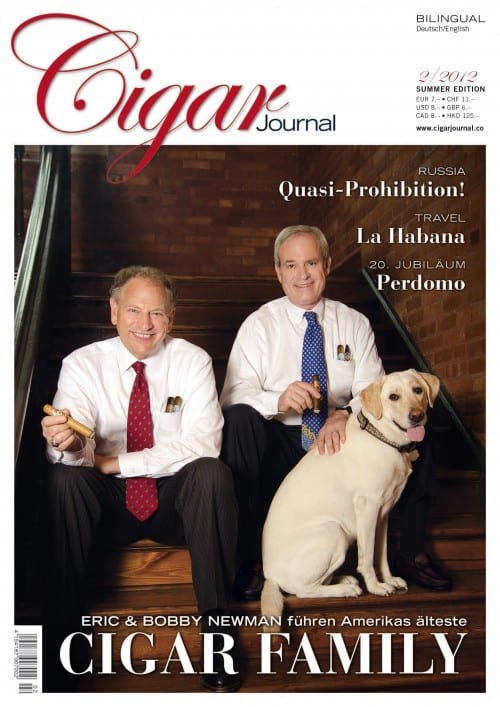 In Reloj, the JC Newman American factory, cigars have been produced for over 100 years. The family enterprise’s factory is the last operating business in the former cigar town of Tampa. We met Bobby and Eric Newman, the scions of America’s oldest cigar family, for a discussion for the cover story for the Summer issue.

However, we were not only in Florida. We inform you about the glamorous Habanos Festival that attracts connoisseurs from around the world to Cuba each year, and report from Russia about the Russian struggle for smokers’ rights.

Colin Ganley delved into the world of historical cigar publications and Grand Seigneur Villiger tells about his journey through Africa on a motorcycle. Our author Gabriela Greess went to Beirut for us to investigate the cigar scene of the “party capital of the world”.

The following is an overview of the contents of the 2/2012 edition.