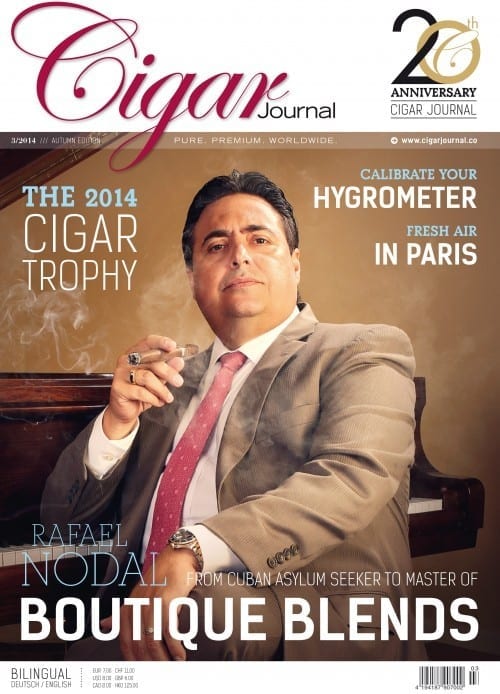 Rafael Nodal’s Aging Room brand is a highly respected newcomer in the trade that made an early leap onto the international market. We met Nodal in his Boutique Blends Cigars company and found out more about his relationship to music, the focus on rare tobaccos and his plans for the future.

Other topics in the 2014 Autumn edition were the new and somewhat unusual cigar lounges in the French capital, the history and anniversary of the Cuban quality seal and the question of the cigars that are worth collecting.

The following is an overview of the contents of the 3/2014 edition.