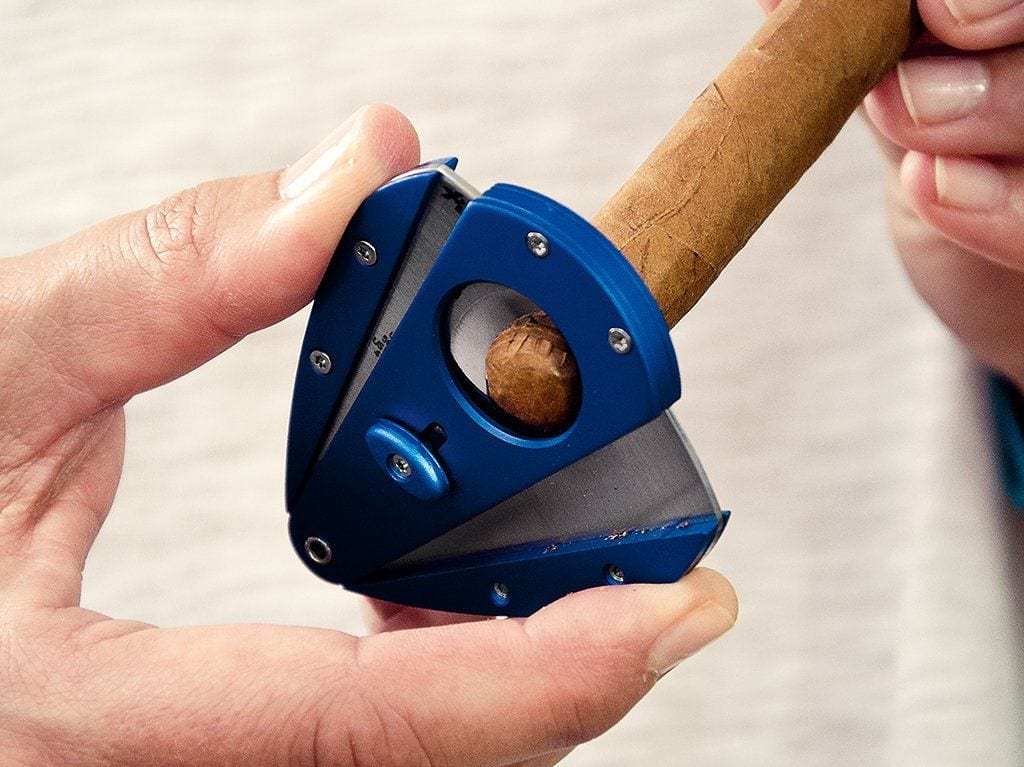 Have you ever noticed that many people who work in cigar factories bite off their Puros or rip them open with their fingernails? In theory, there’s nothing wrong with that at all.

There are many ways to open a cigar. Some are elegant, others more rustic. But all of them have one objective: to prepare the cigar for enjoyment. Apart from the personal preference for a particular technique, the cigar’s form helps to determine which correct tool to use. It’s hard to punch a Pyramid, for example, or use a V-cut to open it. The same goes for cigars with a pigtail.

Practiced cigar smokers thus have a selection of accessories, and some of them will choose the fitting blade as carefully as they choose the cigar itself. The selection is almost endless, even if we actually only use three different cuts: the straight cut (also known as the guillotine), the V-cut and the punch cut.

Thorsten Wolfertz from Solingen, Germany, is a third-generation cigar-cutter manufacturer, and knows the characteristics of steel in all its facets “You can’t tell what good steel is until you’ve worked with it,” he says. “It’s like the cigar that only lays bare its secrets once it’s lit.”

As a specialist for sharp blades, Wolfertz not only sells his own products but also those by Xikar. With the “Xi”-cutter, the American company developed a double-bladed instrument that not only employs the fingertips to cut but the strength and sureness of the ball of the thumb. So now we’re talking about tools that make a straight cut to the cigar, that is, double-bladed guillotines. Thorsten Wolfertz knows that “a good blade is characterized by its hardness and processing quality. The hardness should be at least 55 HR [Rockwell scale of hardness]. Make sure the blade is polished and that the blade is absolutely straight.”

A good track presses the blades together during the cutting process. They should be placed very closely together and not be loose when open. High-quality guillotines have stamped blades that are sharpened diagonally. From time to time, there are also high-quality cutters that only have one blade. Using them, though, demands some finesse. Most of these such models aim to be as small, flat and light as possible, whereby, of course, compromises are made in the ergonomics. And then, there’s the cheap cutter that only has one blade made from band steel. Due to its reduced thickness, band steel is sharpened on both sides, but doesn’t stay sharp for very long.

Probably the most superior tool for cutting cigars is a pair of scissors. The main advantage being that the leverage effect allows making very slow cuts. What’s crucial is that the cuts encompass the cigar and “that the scissors are well balanced”, says the expert. He has another tip to disclose. “Scissors have to be readjusted in order to keep their precise cutting ability. This is only possible when the screw has a slot.” When buying scissors, you should ask whether the manufacturer also offers a sharpening service for the product as well.

Cigar punches are very popular due to their easy handling and because the small opening prevents bits of tobacco getting into the mouth. But it has to be said that no other type of cut results in such big differences when it comes to the quality of the blades. Wolfertz says, “The blade should be ground from the inside. Otherwise, the diameter of the blade tube changes and the wrapper can be ripped. Blades that have been sanded on both sides go blunt very quickly,” says Thorsten Wolfertz.

A cigar punch actually doesn’t need more than two blades – one with a diameter of eight to nine millimeters and a second measuring 11 to 12 millimeters. And here are two tips: It’s practical that the cigar punch has an automatic lever to get rid of the rest of the tobacco and not have to use something with which to push it out. Equally as important is that the recessed blades show their full length with 11⁄2 rotations.

The V-cut is currently experiencing somewhat of a rebirth. Newly developed V-cutters have a V-shaped blade, cutting a notch or wedge, which improves the cutting result, as opposed to a pointed blade. As with all instruments, there are also table and pocket formats. V-cutters give the cigar an opening that resembles a cat’s eye, which is where the term “cat-eye-cut” comes from. With dry cigars, however, there’s always the danger that the wrapper will rip during cutting. It’s up to you to choose. When in doubt, just bite. 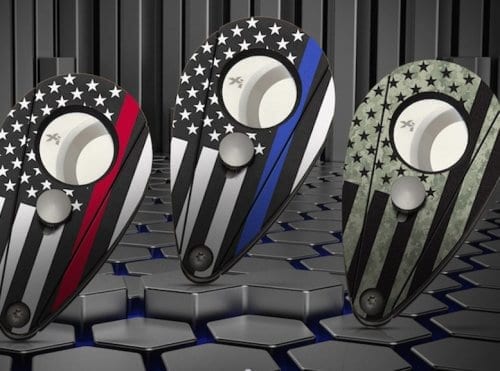 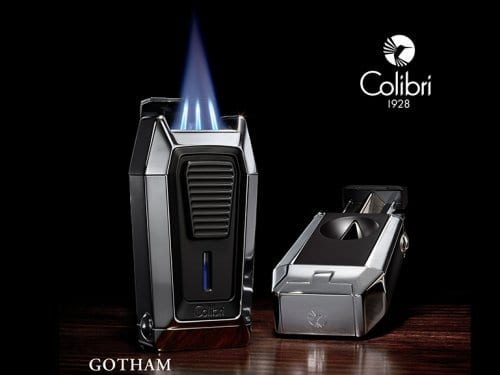 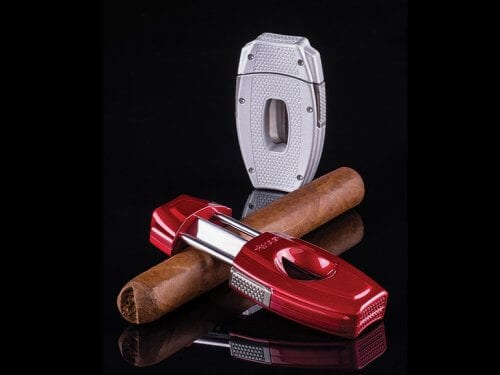 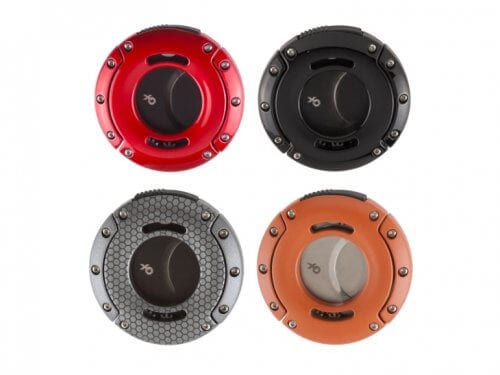 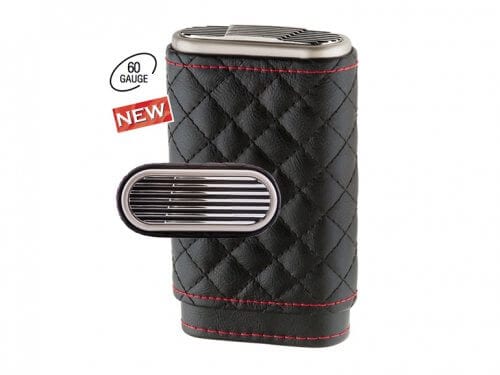