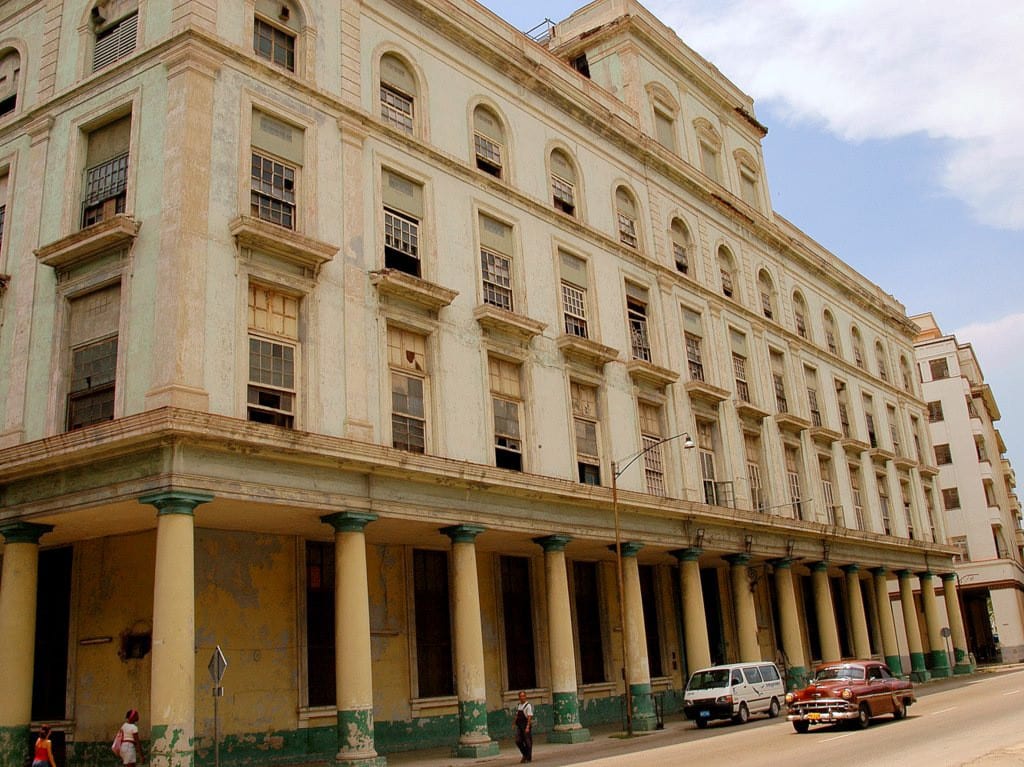 The La Corona factory was completed in the year 1904, and is located in the Calle Zulueta (or also Agramonete) No. 106. It is directly near the former Presidential Palace, where today the Museo de la Revolución is situated. This is an absolute must-see, at least one time, for tourists in Cuba. The former factory is also not far from the Capitol or from the Old Town, and is a few minutes’ away on foot.

The columns were provisionally supported years ago.

The dimensions of the building are huge; it encompasses the entire block. In former times, Havana’s mighty city wall used to run here, impenetrable in this section.

The next city gates were quite a distance away. In the mid to end of the 19th century, when the city wall was razed, a generous amount of building land was available. In this context, one becomes clearly conscious of the importance of the cigar industry during this time: the Presidential Palace and the Capitol were constructed.

The palace, an immensely impressive and richly ornate building; the Capitol an authentic copy of the White House in Washington. And directly next door, a cigar factory, also called the Iron Palace. A cigar factory, at the same height as the parliament and the president – in the presence of these other structures, no less inferior!

Built by the American Tobacco Company, the factory was called La Corona, after the brand of the same name. And that was no accident. The brand La Corona used to be one of the most important Habanos brands in general. In the year 1845, it was officially registered by José de Cabargas. Around 1880, José Cabargas sold the brand to Antonio Cabargas, who, however, wasn’t able to continue to successfully run the business. 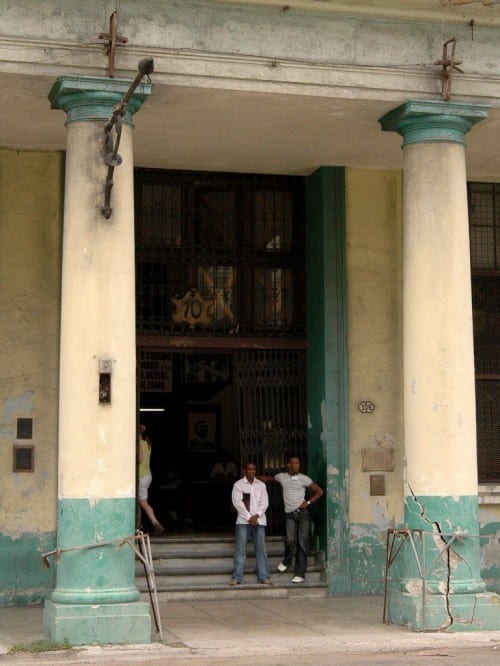 For certain, the difficult circumstances during the raging war of independence also played a role. In any case, Antonio Cabargas then sold the business to Manuel Lopez, a colorful personality in the cigar business. A short time thereafter, however, Segundo Alvarez bought the brand. He, in turn, in conjunction with Gustav Bock, was the man in Havana, when it came to investments in the cigar industry. In addition, Segundo Alvarez entered into a partner- ship with Perfecto Lopez Fernandez.

In 1889, British investors officially took over ownership – but directed by Segundo Alvarez. In the late 1890s, ownership then went to the American Tobacco Company, which had purchased a whole number of other brands alongside La Corona. Then, at the beginning of the 20th century, the American Tobacco Company had the building constructed (known as the Iron Palace due to its construction out of steel). This building was the first steel construction on the island of Cuba. Many different brands were manufactured here.

The end of the Tabacalera Cubana

Long before the revolution, the commitment of the Americans in Cuba changed. In 1932, they moved the production of some brands to Trenton, New Jersey, having had their own factory built there. It was similar in furnishings to the Palacio Aldama, the second La Corona factory in Havana. What drove this procedure forward were mainly the high import duties: it was far cheaper to import Cuban tobacco to the United States than already rolled cigars.

In 1960, following the victory of the revolution and the arrival of troops in Havana, the Cuban state assumed leadership of the cigar industry. All factories were nationalized. The brand produced in this factory, among them also La Corona, quickly lost importance in Cuba. With the embargo, the market for sales in the United States had completely collapsed by 1962. The La Corona cigar brand was still manufactured in fewer numbers into the 1970s, but then production was totally discontinued.

In 2005, that is, about 100 years after it was built, the doors of the La Corona factory in the famous Iron Palace were closed. Today, the building, which is gigantic in scope, is completely gutted. An opaque site fence surrounds the ground floor. From below, you can easily see through the windows of the upper floors. The openings allow a view of bare ceilings and walls that are partially still intact, but which also partly already show signs of decay. The building has been in this condition for some years already.

Every now and again, rumors about the future of the building circulate. A hotel, another factory, or even a tobacco museum have been discussed. But we still have to wait, for the necessary investment in this building would definitely be immense.

LOCATION
About 5 minutes from the Capitol by foot

BRANDS
Corona and 90 other brands