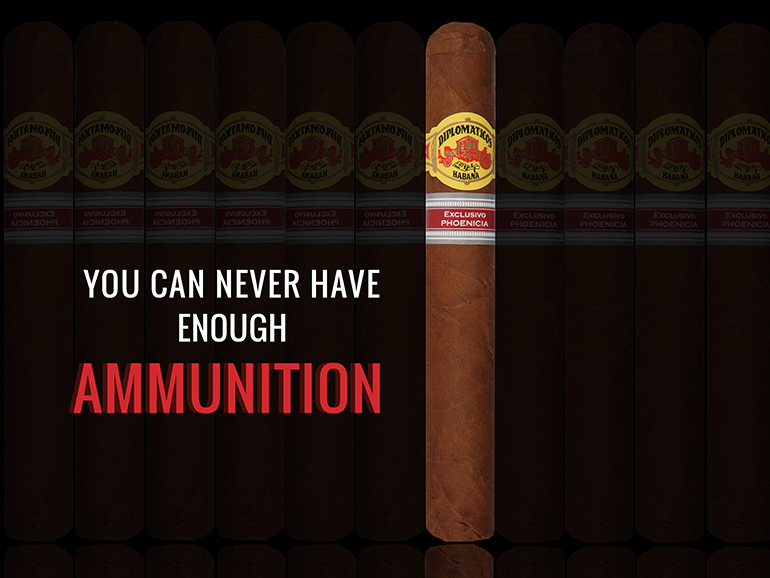 The company became the second exclusive distributor for Cuban cigars in 2005 and now imports Habanos for around 50 countries. Phoenicia has consistently launched outstanding regional editions for its main markets such as Lebanon, Cyprus, Greece, Turkey, and the United Arab Emirates.

The brand chosen for the 2018 Edición Regional is Diplomáticos, a brand created in the 60’s, characterized by its great similarity to the Montecristo brand sharing both in its standard portfolio vitolas and its strength of medium to strong flavor.

Ammunition, the name chosen for this regional edition was inspired by the challenge, thrill, and resolve felt and experienced by hunters and poker players dedicated to their passion. The cigar is rolled in a Geniales vitola (54-ring gauge x 150 mm length) in limited quantities of 10,000 boxes of 10 cigars. 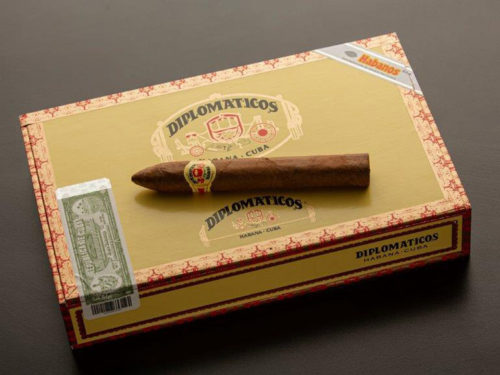