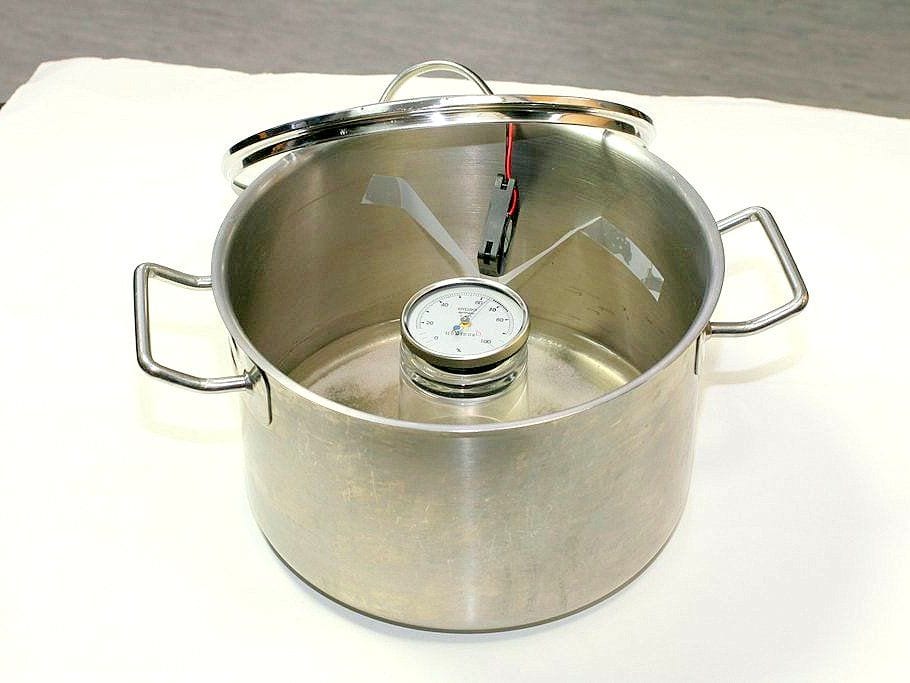 When buying a hygrometer, you should check that it’s possible to calibrate it, otherwise it is relatively worthless. Calibration, however, is not exactly a simple operation. There are various calibration methods that all have their drawbacks.

The standard calibration method can be found in practically every hygrometer instruction booklet. You take a damp cloth, wrap it around the hygrometer and after about two hours, set the hygrometer to 99%. The problem with this approach is that no hygrometer measures with the same precision over the entire measurement range from 0 to 100% relative humidity.

Mostly, the appliances are designed to measure most accurately in a range between 40 and 60%. In a humidor, we want to measure the most exact values possible between 65 and 75%. If a hygrometer is calibrated at the maximum value, the discrepancy will be all the greater the lower the relative humidity.

This method makes use of the physical principle of what is known as humidity standards. In a closed volume of air above a saturated salt solution, a specific relative air humidity is produced, or, to be more precise, a reproducible water vapor partial pressure. Depending on the salt used, different relative air humidity values are obtained. At 15°C (59°F), a solution consisting of lithium chloride obtains a value of 12%, magnesium chloride 86% and sodium chloride 76%. Sodium chloride is, quite simply, table salt.

So, take a pot with a glass lid, add 100ml (3.38 fl. oz.) of lukewarm water and add at least 50g (1.76 ounces) of table salt. Stir for up to two minutes until no more salt dissolves. Provided that all the salt has dissolved, keep adding salt until it remains visible on the bottom of the pot.

There are various calibration methods that all have their drawbacks.

If you want to do it even more precisely, you can fix a mini fan with adhesive tape in the pot to circulate the air permanently. In this way, you can be sure that air humidity is identical at every point in the pot.

This method also uses the principle of humidity standards. It is slightly easier to handle, but involves more sources of error. Fill a small glass with table salt and add around 5ml (0.17 fl. oz.) of water to create a salt slush. Pack the glass and the slush in a plastic bag, leaving as much air as possible in the bag. Close the bag airtight.

After a few hours, this will also produce a relative air humidity of 76%. You can pierce the bag with a screwdriver and calibrate the hygrometer to 76% in the bag. Possible sources of error with this method are that the bag can obstruct the openings of the hygrometer and prevent sufficient air from reaching the hygrometer mechanism. 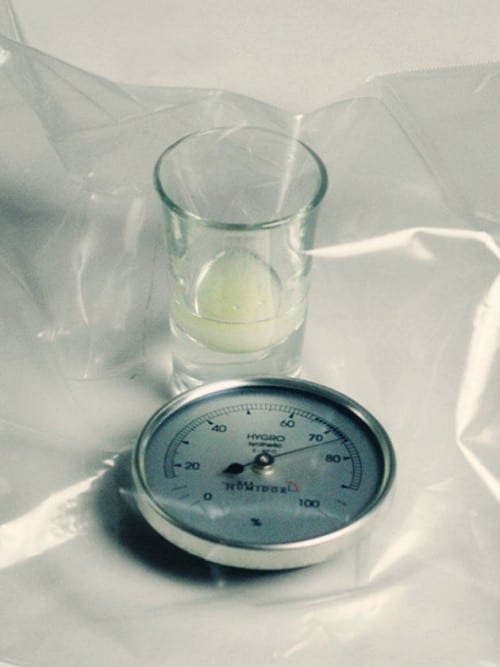 Moreover, the bag is much more susceptible to temperature fluctuations since it has a much lower mass than a pot. If you can keep the temperature constant and ensure that sufficient air is in the bag, it is quite an elegant and simple method.

Provided that a hygrometer is correctly calibrated, and, if different humidity values are measured within the humidor, the “fault” lies either in a badly designed humidor or in the hygrometer being in the wrong position. For this reason, in the next issue we will also address design faults in humidors that hinder or even prevent precise measurement.