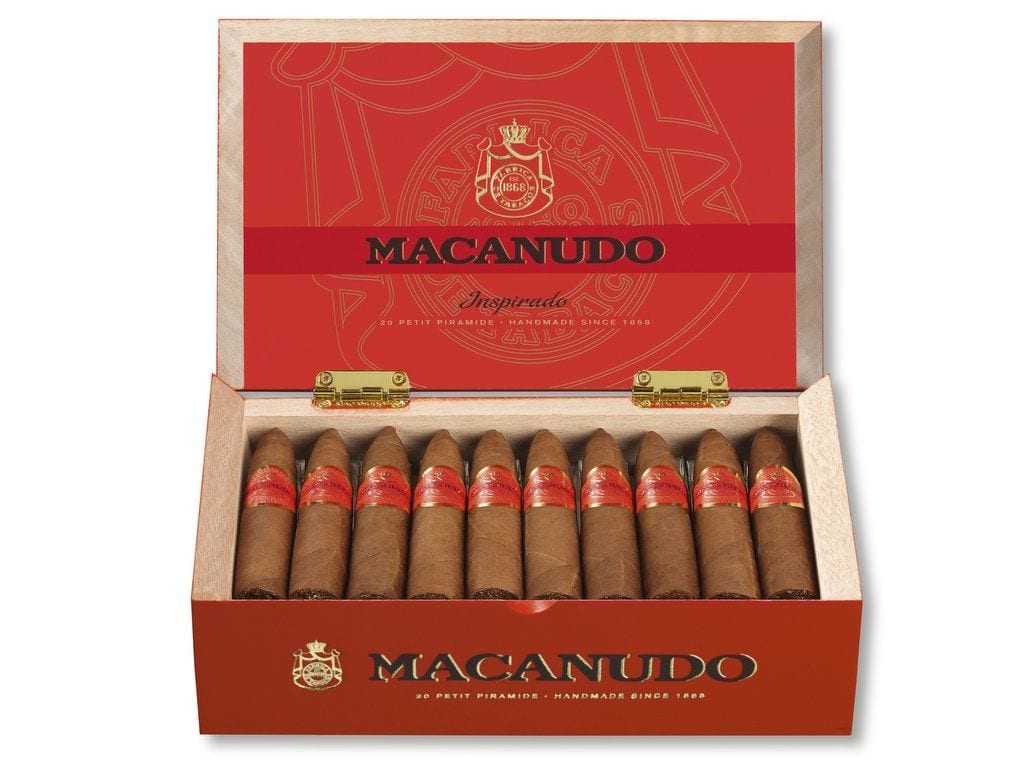 Visually an eyecatcher, in taste refreshingly stimulating. This could be the description of the brand-new Macanudo Inspirado currently being presented by the Scandinavian Tobacco Group (STG), initially only in Denmark, Germany, Spain and Canada.

Later this year, it will be available on all markets outside the USA. “With this creation, we are addressing curious epicure smokers looking for new variations in taste,” explains Stijn Elbersen, Senior International Brand Manager at STG. “And because the cigar has an attractive oily Rosado wrapper, we have also given the design a bright inspiring orange, and created boxes with innovative elements.” As far as concerns the taste creation, the team set itself the challenge of developing a complex blend that was to be simultaneously “new, innovative, challenging, surprising and refreshing,” as it is described by Jhonys Diaz, Vice President Operations at General Cigar Dominicana. “Our aim was to create a cigar for the discerning smoker that was to be stronger than the original Macanudo, somewhat more piquant, savory, peppery and with a creamy sweetish basic tone.” The result: filler tobaccos from Honduras, Nicaragua and the Dominican Republic, and binders and wrappers from Honduras. “This cigar is not only complex, it is also full of variety,” adds Stephan Brichau, International Sales and Marketing Manager and member of the development team.

Indeed, the Inspirado is a contemporary interpretation of the long history of the success of the brand. Macanudo is beyond doubt one of the most successful labels in the history of the cigar. While it is amongst the absolute bestsellers in the USA (it is probably the most-sold brand there), the market potential in the rest of the world can indeed still be expanded.

The best known are probably the Macanudo Café and the Macanudo 1968, while the Macanudo Maduro, Macanudo Robust and Macanudo Gold Label series tend to take second place. In addition, there is the Macanudo Estate Reserve (the follow-up to the Vintage line) and, in the USA, the Macanudo Crü Royale.

Originally, Macanudo was a front brand for the Cuban Punch, but was then developed into an independent brand originating in Jamaica under the management of the exiled Cuban and holder of the Partagás trade mark, Ramón Cifuentes. Since 2000, it has been rolled in the Dominican Republic.