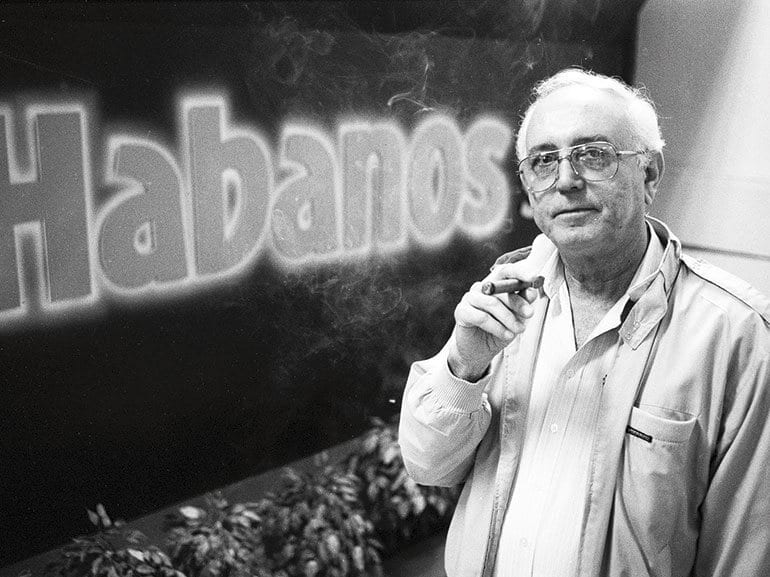 The other day I decided to smoke a Cuban Distinguido. Apart from its attractive mid-brown wrapper and superb tailoring all along its 162 mm (63⁄8 inch) length, it was the shape that caught my eye. Resembling one of those airships you see occasionally advertising car tires, it stood out amongst the mostly straight-sided, or parejo, cigars in my humidor. I cut the head 3 mm from the point and was then confronted with an aperture to light that was no bigger than a cigarette. I touched it with the light and, as I drew on the cigar, a scimitar-shaped flame leapt skywards. The taste was intriguing. Most of the flavour came from the wrapper and what filler there was inside the conical foot made a sharp, dry impression on my palate. As the burn progressed to the widest part of this 52 ring gauge vitola, the taste became rounder and richer; much more like the medium-to-full-flavour billing given to Cuaba by Habanos S.A. For me, it was not an entirely new experience, but I was reminded of the time I had to do a crash course in smoking cigars of this shape, almost exactly 20 years ago when Hunters & Frankau was chosen to launch Cuaba. In the mid 1990s, the Cuban industry was still suffering from the after-effects of the collapse of the Soviet Union. Cigar production was at a 25-year low. Nevertheless, the cigar boom that had started in the United States was beginning to reach Europe, and Habanos S.A. had just been founded, bringing a new level of expertise to the time-honoured Havana trade. It was time for innovation. The incentive for new ideas came from the very top. Fidel Castro was convinced that new brands were needed not only to enliven Cuba’s cigar portfolio, but also, given that one day the US trade embargo might end, to provide the industry with a chance to break into the US market where most of its brands were registered by competitive companies. Francisco Linares, Habanos S.A.’s president at the time, was given the task. His efforts saw Vegas Robaina and Vegueros launched in 1997, Trinidad in 1998 and San Cristóbal de la Habana in 1999, but the very first was Cuaba in 1996. The concept of creating a brand that would consist entirely of Double Figurados, or Perfectos as some people call them, was one of many around at that time, but it was not the simplest. True, once upon a time, virtually all Habanos came in that shape, but that was in the 19th century. Old catalogues in Hunters & Frankau’s archive indicate that straight-sided surpassed Double Figurados in the mid 1930s, though many were still produced. By the 1990s there were just three vitolas left in the Cuban portfolio: Romeo y Julieta Celestiales Finos, Partagás Presidentes and Fonseca Invictos. As a result, there were hardly any torcedores (cigar rollers) working in the industry with the skills to roll such complicated shapes. The project became feasible only because of the commitment of one man, a 60-year-old torcedor at the Romeo factory named Carlos Izquierdo. Generations of the Izquierdo family had worked at Romeo, and Carlos had started there in 1950, rising quickly to become a top-grade roller. The cigar he most loved to make was the Romeo y Julieta Romeo, which, incidentally, was exactly the same vitola as the Cuaba Distinguido. When it was discontinued in 1978, Carlos was so upset that he vowed that every time he met anyone from Habanos S.A., or Cubatabaco its predecessor, he would plead with them to reintroduce Double Figurados, which he viewed as the pinnacle of the cigars roller’s art. Consequently, Linares knew exactly where to turn for help with his new brand. Overjoyed, Carlos set about training a special cadre of 14 cigar rollers at Romeo. I remember meeting them around that time and being surprised at how young they all were. Clearly, Carlos was determined to pass on his skills to an entirely new generation. In 1995, Linares paid his first visit to England. He toured many of London’s top cigar merchants, where he saw their collections of old and rare cigars, but what stopped him in his tracks was one of Hunters & Frankau’s heirlooms. It is a gilded and glazed frame that contains the actual cigars made by La Corona in 1885, or thereabouts. As every cigar is a Double Figurado, Linares concluded that the only place to launch his fledgling Cuaba brand was London. So it was that, on 19th November 1996, Francisco Linares, president of Habanos S.A., and Nicholas Freeman, chairman of Hunters & Frankau, hosted a black tie dinner for 200 guests at Claridge’s Hotel. Seated quietly at one of the tables, his bow tie slightly askew and looking as if he would prefer to be at his factory bench, was Carlos Izquierdo, the man who was most responsible for the event taking place at all. This article was published in the Cigar Journal Winter Edition 2016. 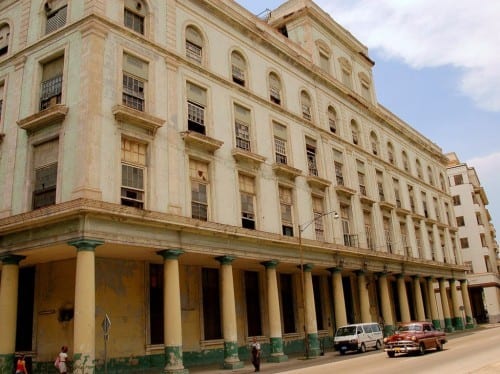 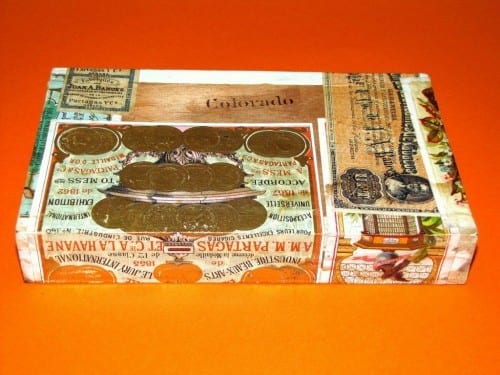