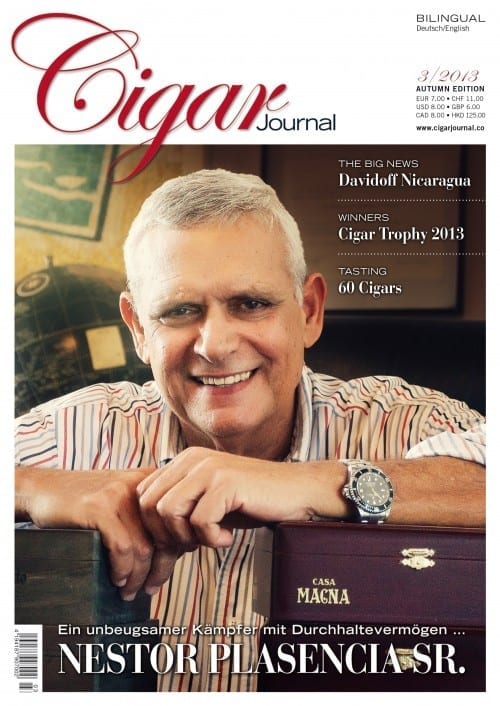 In the 2013 Autumn issue of Cigar Journal, we cast a spotlight on one of the great figures of the trade who actually acts in the background: Nestor Plasencia Sr., despite many setbacks in a varied life, made it to become the largest tobacco producer of Central America. He spoke with us about expropriations, the challenges of tobacco cultivation and his prospects for the future.

We also report in this issue about the Epicure Alliance in Alsace, while Tobacco Corner presents a detailed view of the process of harvesting tobacco. James Suckling explains his love of Panatelas and Simon Lundh tells about the everyday life of a quality inspector at Joya de Nicaragua.

The following is an overview of the contents of the 3/2013 edition.