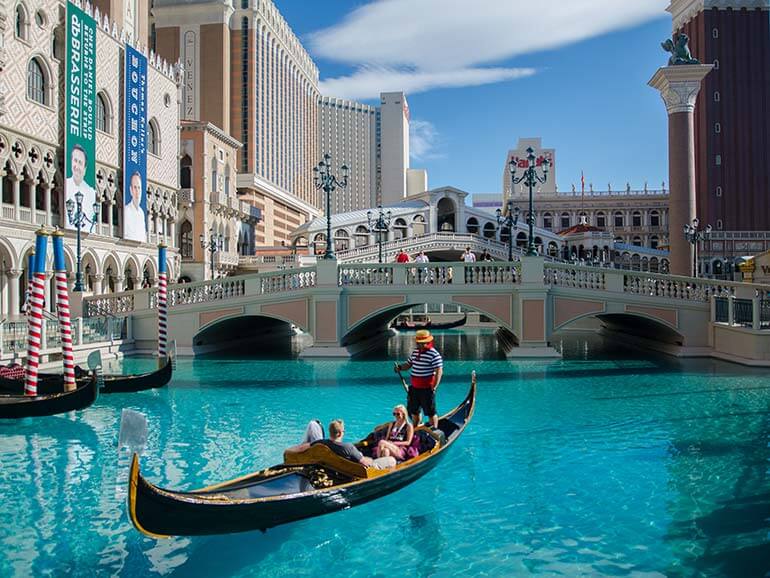 Although Las Vegas is far more liberal than most places in the United States when it comes to smoking, not even the capital of gambling and general debauchery has been able to completely avoid the stricter rules. It all changed in 2006.

“Nowadays you can only smoke at the cigar lounges, strip bars, brothels, and on the gaming room floor of the casinos and it has to be in an age-restricted area,” explains Matthew F. Arcella, owner of the Davidoff of Geneva lounge. However, this didn’t sit well with a major Las Vegas conference body, which changed the rules in 2009 to exclude conventions. This enabled the return of the ICPCR [International Premium Cigar & Pipe Retailers].

We’re sitting on the patio of Arcella’s lounge outside the Fashion Show Mall. His is the only lounge that is literally located right on the Strip. “We have an unparalleled view of the Strip, and a substantial number of our customers are non-smokers,” he says. “They come here for the ambience and the view. It actually changes over the course of the day. During daytime it’s a place for business meetings, followed by the happy hour crowd, the dinner crowd, and finally the pre-club bottle service where you’ll have around ten people in their mid-20s coming in ordering ten cigars and a bottle of Dom Pérignon. We have a large female clientele, a youthful energy and we like to emphasize that it’s a cigar bar. It has a different vibe than the lounges.” 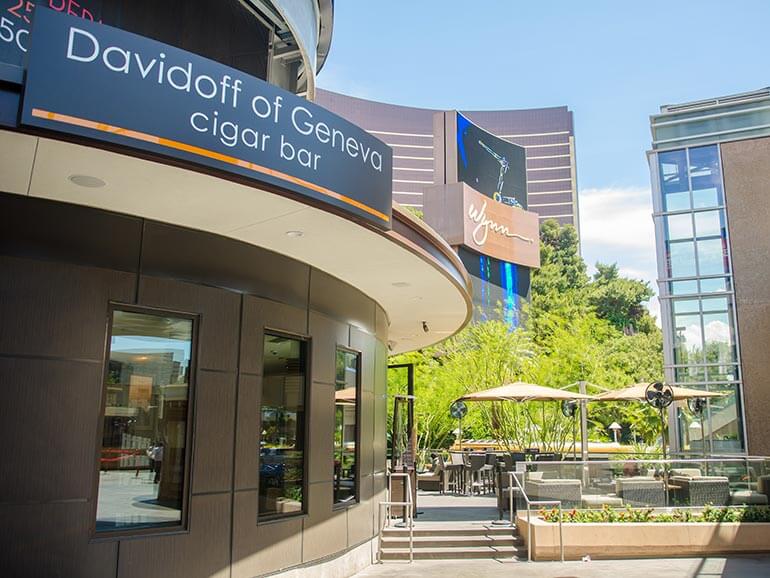 mokers and non-smokers gather on the patio at Davidoff of Geneva to get a good view of the Strip | Photo: Simon Lundh

Most of the cigars sold are Davidoff’s own, but you can also get some of the other major brands here. “It’s to honor the founder, Zino Davidoff. He started as a tobacconist, and that’s why we sell other brands as well.” 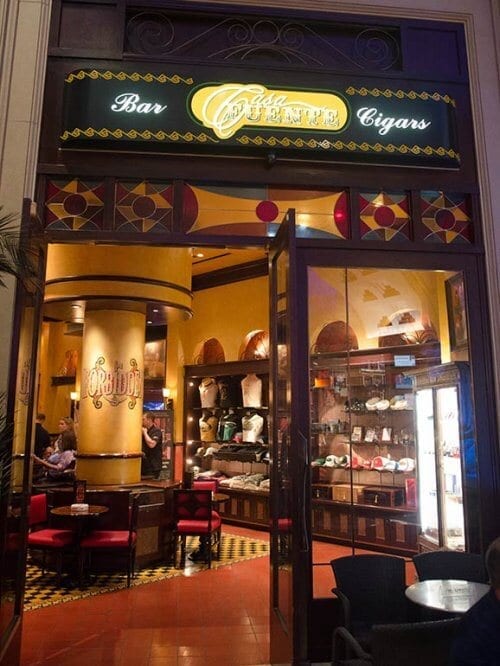 Rare Fuente cigars are to be found at the only Fuente shop outside the Dominican Republic | Photo: Simon Lundh

Not far from there, in The Forum Shops, lies Casa Fuente. They have a different philosophy. “We only sell Fuente products here,” says the general manager, Michael Fayerverger. “There’s no other Fuente cigar store outside of the Dominican Republic, so we’re known all over the world. This is a destination spot.” I choose a Julius Caeser and sit down by the bar. Cuban salsa rhythms are filling up the room, creating a vibrant bar atmosphere.

“People come here for us. I’d say that 85 to 90 percent of our customers know their cigars. They come to Las Vegas to do certain things. They want to gamble, live large, look good, and smoke cigars. Then we have those who’ve never seen a place like this. They walk by, like the Cuban look and come in.”

It’s also the only place where you can buy a Casa Fuente. “We have a couple of rare Fuente cigars and some people come here just for that. It’s also one of few places where you can’t gamble, so it’s a good place to relax.”

In March, the Montecristo Cigar Bar, the newest addition to Las Vegas as a cigar destination, opened up in Caesars Palace, which is located in the same massive complex as The Forum Shops. “This is the largest humidor in Las Vegas, with up to 1,000 cigars,” says Chelsea Ryder, public relations manager at Caesars Entertainment. “We have a lot of Nicaraguan cigars, all sizes and we’re the only ones who sell Montecristo here.” It’s definitely a different vibe compared to the other places. Cuban salsa has been replaced by lounge music; there’s a library part with a giant screen showing ice hockey, a smaller TV on the other wall showing baseball; a back patio with an outdoor feel to it; and the bar top has the kind of built-in games you can find all over Las Vegas. 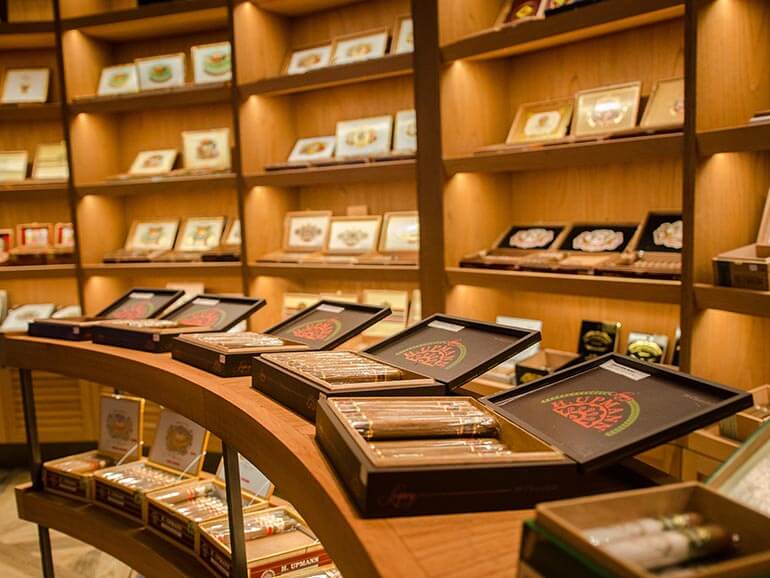 “We’re the only place where you can enjoy cigars, food, drinks and gaming at the same time. We have a deal with the restaurant next door.” Although most lounges are located on the Strip, there are also other places where you can enjoy a cigar, like Man Cave Cigar Lounge in Henderson, and La Casa in Tivoli Village in West Las Vegas. The latter offers live music and a more local touch than the ones on the Strip.

“It’s a family atmosphere here,” says Dirk Thomas, a regular who comes in a couple of times a week. “I’m not even a big smoker, but we’re all friends here.” “It’s more random on the Strip,” bartender Barby Snyder adds. “Here we get the same people.”

They sell everything but Cubans, and Tuesday through Saturday, La Casa has a different music theme for each day, from easy listening and Motown to salsa and jazz. And it’s convenient, according to Thomas. “If you want to go to the Strip you have to park the car and walk through the crowd. This is easier to get to. Tivoli Village is my favorite place in the whole city. It’s more European.” 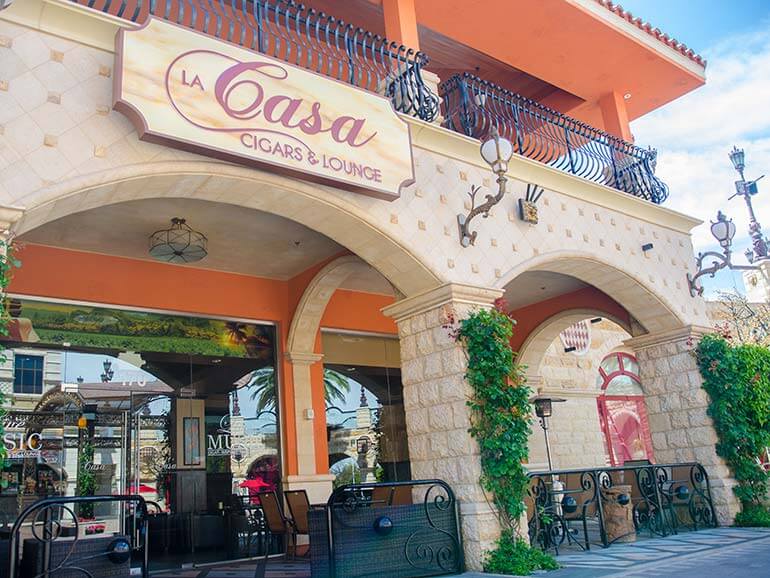 At La Casa you can listen to live music five days a week | Photo: Simon Lundh

The best places to smoke cigars in Las Vegas 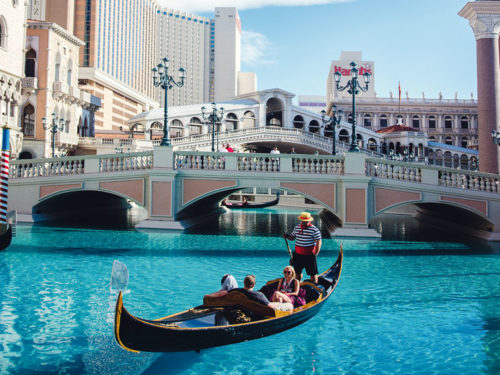 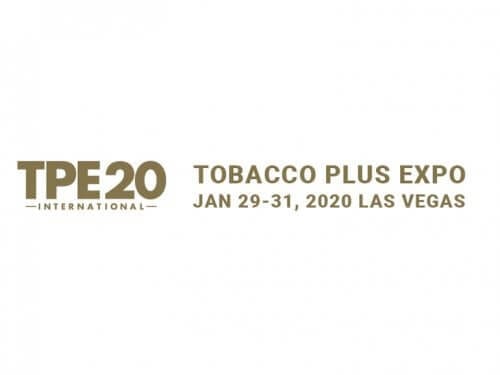