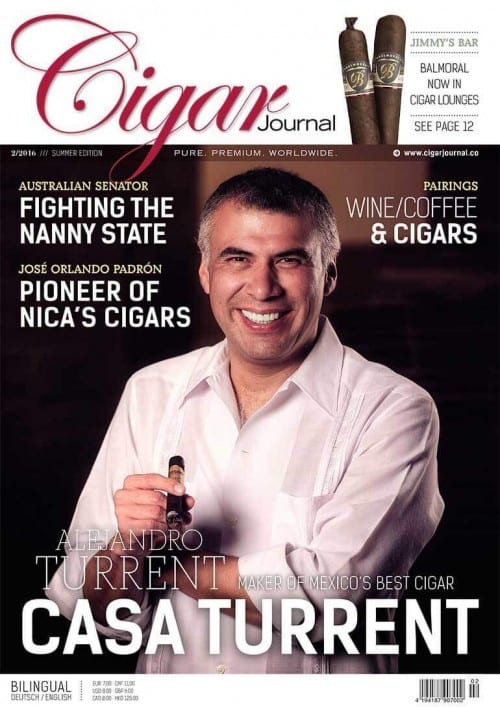 For this issue, Katja Rauch met with Alejandro Turrent and his father, who work successfully hand in hand in in San Andres. They guided her across the fields, through the barns, tobacco warehouses, and the manufacture itself. Cigar Journal’s Asia-Pacific-correspondent, Sam Spurr, met Liberal Democrat Senator David Leyonhjelm in his office in Sydney and spoke to him about libertarian philosophy, the nanny state, and cigars.

On the occasion of his 90th birthday in June 2016, chief editor Reinhold Widmayer spoke with Jose Orlando Padron. The celebrant-to-be reminisces about the history of Nicaragua’s cigar industry. We also looked into pairings: What happens when cigars are combined with wine or coffee?

The following is an overview of the contents of the 2/2016 edition.