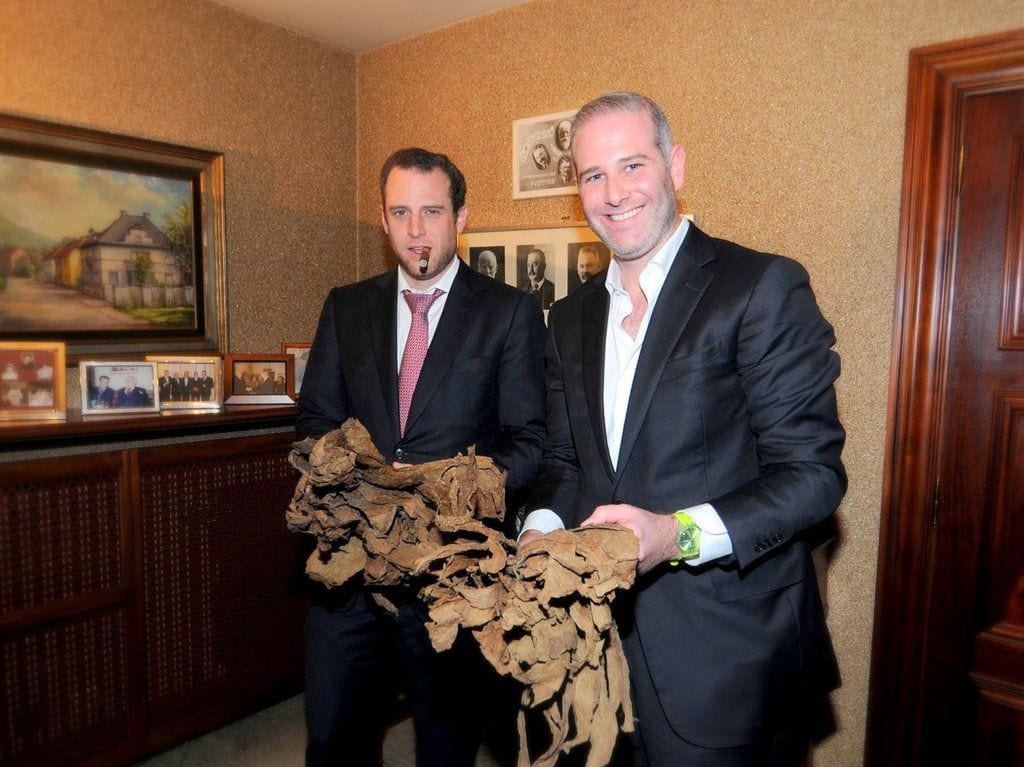 “Is there any tobacco in the world that can compete with this one?” Jeremiah Meerapfel asks, holding a hand of Cameroon wrappers under my nose, his eyes shining. What a bouquet of aromas! He brandishes it like a magician.

“Feel it yourself. These wrappers are as fine as silk, there’s something feminine about it. For me they’re unique, with their slightly sweet flavors and this color – like the best chocolate. This is fitting for the provenance of Central Africa. We cultivate tobacco there under conditions, which according to usual standards would be unthinkable. Yes, the devilish climate on the equator, the tribal feuds and the constant struggle for planning security. But can you expect that in a country where spiritualists and rainmakers have the say? I’ve had missions in Cameroon that almost cost me my life.” 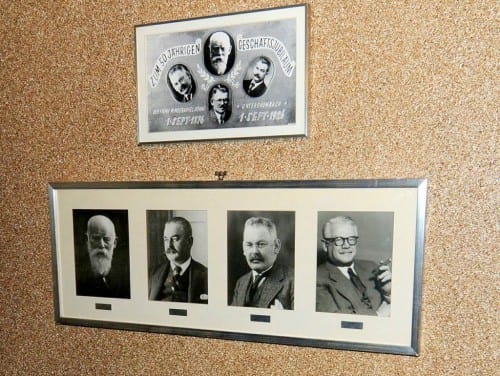 At first I find this hard to believe, with Jeremiah Meerapfel sitting opposite me in an elegant business suit, offhandedly talking about a trendy event which he’s later expected at in the heart of the prospering EU capital. The 35-year-old co-chairman of M. Meerapfel & Söhne Belgium S.A. looks at the ancestral portrait gallery of the 137-year-old family business.

The Jewish family of German origin has been present at all the important places of the tobacco industry – in Indonesia, Central America, the United States of America and Cuba. Jeremiah draws on his Arturo Fuente Don Carlos No. 2 with pleasure. Of course it is wrapped with a wrapper from Cameroon.

“This line uses many wrappers from the year 1984; they’re probably the oldest wrappers ever to have been used continuously in a cigar series production worldwide. We are absolute exotics in the branch. With our Cameroon tobaccos, we have a market share of about three percent in the premium sector.”

It’s early evening and Jeremiah is happy that his brother and co-chairman, Joshua, still makes it from Miami. At the moment, Joshua is concentrating on administrative duties, but he also knows the tobacco business in Cameroon like the back of his hand – the brothers equally share the responsibilities within the company. As early as age 15, Joshua travelled to the Central African country, and later it was he who carried out the monthly inspections.

The 33-year-old, a cosmopolitan like his older brother, always has a smart smile on his face and travels to several continents on business. But what’s really behind the charisma of the Meerapfel brothers, the successors of a proud dynasty of tobacco pioneers? Yes, from both Joshua’s and Jeremiah’s eyes there’s a downright irresistible “adventure gene.” Not surprising, with their very unbelievable and exciting “mission possible” in the deepest corners of Africa. Following the death of their father Rick, the pioneer of the family business in Africa, they continue to make a success story out of his legacy against all odds. 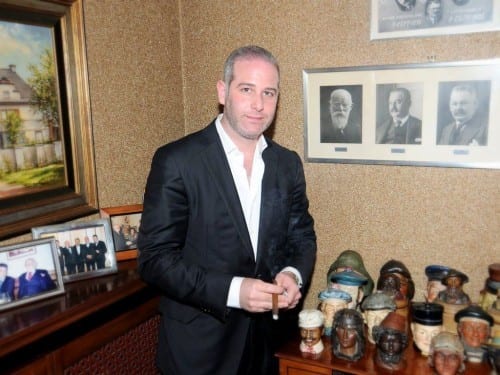 Richard Meerapfel (1951–2003), a legendary “miracle maker” in the cigar world, became a worldwide main supplier of the rare Cameroon wrappers. Only a handful of the most renowned manufacturers clothe their premium cigars with them – like Arturo Fuente’s exquisite Don Carlos series and the Ashton Heritage Puro Sol; General Cigar’s Partágas line, but also a series from Aurora, the oldest cigar factory in the Dominican Republic.

In the tobacco world the name Meerapfel stands for traditional quality. There are three businesses behind it today. Maier, Meerapfel Söhne Belgium S.A (MMS) has specialized in the exclusive distribution of premium cigars: Padrón from Nicararuga and also Arturo Fuente from the Dominican Republic. “We shoulder the responsibility for the marketing of the star brand Arturo Fuente in all countries except the United States,” says Jeremiah, who studied business in London.

“Of course, the close, friendly relationship that connects our family with Carlos Fuente’s plays a role here. When my father Rick was working in the tobacco trade in Miami he met Carlos Junior. My father participated in making the first blend for the extraordinary series Arturo Fuente Don Carlos. Like Carlos Fuente, my father always wanted to strive for the best quality, but they weren’t interested in becoming the biggest in the branch. They shared the same philosophy and became friends for life. They got to know each other during the time Carlos Junior was establishing the Tabacalera A. Fuente in the Dominican Republic. I did my first internships there during my school holidays.”

Joshua then enthusiastically tells me how he found another crucial gateway to the “brown gold” on the tobacco fields and in the factories of Padrón in Nicaragua during a longer stay. “Our families are close friends.” He is extremely optimistic about the European market. “We have been working very successfully with all our distributors and have been able to lower prices for the Arturo Fuente and Padrón series.”

Mission behind the Tobacco Business:
“Helping the Africans help themselves”

The Meerapfel Tobacco Trading Company doesn’t come up in the interview. We focus on the worldwide unique involvement of the Meerapfel brothers surrounding the Cameroon wrapper growing companies. They have about 3,000 farmer families working for them on about 3,000 fields (on average ten people per family). In the centers, there are about 3,000 people working all year around. This makes them an important employer in the Central African country. 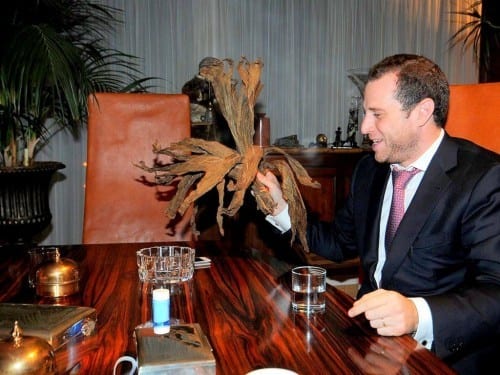 The salaries are above average for the region. In the light of large family associations, more than 100,000 people in the poor east of Cameroon profit from the inflow of money from Europe. “The small grower as well as the local mayor,” emphasizes Joshua. German colonial rulers brought the first tobacco to Cameroon. It was the quite mild and yet flavorful Sumatra.

Later, under French mandate, tobacco cultivation was neglected. “Heller, my grandfather, traveled to Africa in 1963 for the first time. But it was my father Rick who saved the Cameroon wrapper from extinction at the beginning of the 1990s. He also had a social mission, which we still uphold today: ‘Helping the Africans help themselves,’ was his motto.”

Today, Joshua Meerapfel usually flies from Brussels to Cameroon once a month. “Then I travel by jeep for 11 hours over dangerous slopes and have to adventurously cross rivers. Flying via helicopter over the rain forest, the second-largest in the world, is impossible. I’m then still separated from my planting families by a lengthy trek through the jungle. The nature is stunning, with its many volcanic mountain tops on the horizon.”

When Joshua thinks of the wrappers of Batouri his eyes take on that shine again. “Our small growers have huge tobacco plants, mostly on small plots of maximum half a hectare. The leaves are so big that they can only be used for wrappers of the absolute biggest premium cigar formats. It’s an extremely fine tobacco. Every year we select the seeds from the most resistant plants. The natural selection process gives us even better harvests.” Yet there’s no functioning infrastructure to speak of in Batouri. 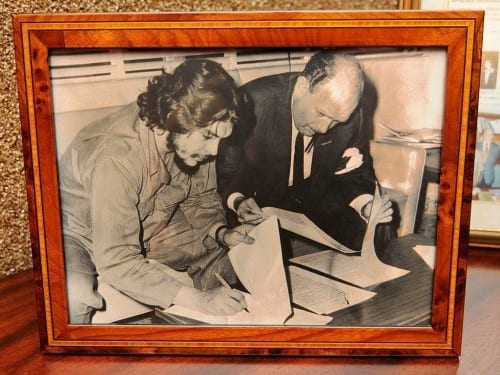 “We’re mostly without electricity, and the oil that we’re dependent on is as expensive as it is in Europe. In addition, irrigation systems are a pipe-dream; in long dry periods we’re left with nothing. Yes, and we don’t use any artificial fertilizer at all. We never use the same land twice; our small growers move with the harvest cycles.” The tobacco is sun-grown – the sky above the equator is mostly covered in clouds and acts as a natural filter against the sun. “We don’t need any tapados [cheesecloth tent under which shade-grown wrapper leaf is cultivated] like they do in other tobacco provinces.”

An ongoing problem is the constantly smoldering conflicts of the 40 different ethnic groups in the tobacco growing regions. “They can’t agree among themselves and also not when it comes to use of land. That’s why we only have small plots. The job market has also been tough for the last three years. As soon as a call for the discovery of a new gold vein or a diamond mine goes out many workers simply move on. Do you understand now why our wrappers are as rare as they are expensive?” asks Jeremiah.

“Some years, we earn a lot of money which we then lose in the next years. But what remains is our passion for Africa’s tobacco. It considerably determines the taste of several of the most exquisite cigars in the world – for me, when blending a premium cigar, the wrapper should evoke between 60 to 70 percent of the flavors,” emphasizes Joshua Meerapfel. “It makes me think of the Hemingway series of Arturo Fuente and of my grandfather.”

Hemingway’s Manuscripts taken from Cuba to us by Heller Meerapfel

Jeremiah points to a historical photo with Heller Meerapfel (1921–2011) alongside the Cuban revolutionary Che Guevara. “My grandfather met him in Havana in 1959 when Che was minister of industries. Thanks to my grandfather’s best connections to Che, the manuscripts of Hemingway (1899–1961), who lived in Cuba for years, were brought to the University of Princeton, New Jersey. 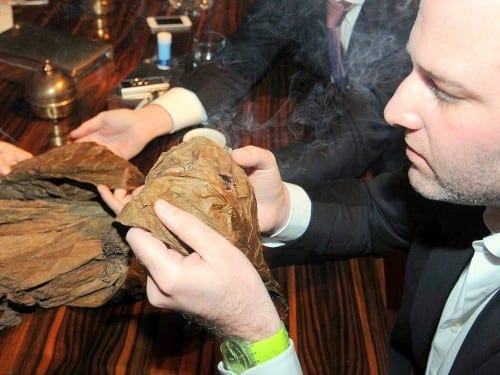 His wife Margaux Hemingway personally asked him to engineer it, and Heller did.” Then Jeremiah launches into a longer story about the company’s history. “Look, our line of ancestors with the old photos. It all started with Maier Meerapfel (1847–1927), the gentleman with the long, white beard in Karl Marx style, back in the year 1876 in Untergrombach near Karlsruhe, where my family has its roots. We have an office in southern Germany today.”

Maier Meerapfel provided German mine workers with chewing tobacco – smoking was strictly forbidden during the day. In the year 1900 he started an overseas business working for booming cigar factories. By 1933, the company Maier Meerapfel & Söhne managed to become the most important importer in Germany for wrappers from Java and Sumatra. During the Nazi era their estate was confiscated. The family emigrated to the United States via Amsterdam. Ernest Meerapfel (1885–1964) then built up a tobacco business from New York – later it was continued in Miami, also with the cultivation of wrappers in Florida. “Because of these old ties to the United States I already became acquainted with the plantations of General Cigar in Connecticut,” says Jeremiah.

Then the dynamic, young head of Maier, Meerapfel & Söhne tells me about an unbelievable coup of his grandfather, which he arranged right after the Cuban Revolution victory: “Heller bought up an incredible 160,000 bales with the best tobacco leaves. He exported them to Europe and also to the US until the 1962 embargo threw a spanner in the works. He went down in history as the export champion of Havana tobacco.”

Looking at a historical oil painting of Old-Havana, Cuba, Joshua Meerapfel grins and tells another exciting anecdote from the family saga. “Because of Heller’s excellent relations, in 1981 my father Rick spent almost a year in Pinar del Rio to further his knowledge. After three weeks there, he constantly flew to visit his family in Miami. For which he received a special transport permit. Rick was the first American to enter the tobacco paradise Vuelta Abajo after the revolution. Between 1982 and 1985 he bought the “brown gold” and exported it to Europe. I still remember something he used to say: ‘Nobody knows how to treat tobacco better than the Cuban.’ His compliment later came back to us. A friend of mine told me that a famous veguero [tobacco grower] in San Luis said of our family, ‘The Meerapfels were known for selecting the best tobacco and paying a very good price.’ These words have always deeply touched and also motivated me to keep flying back to the hellish ‘wrapper paradise’ of Africa …” 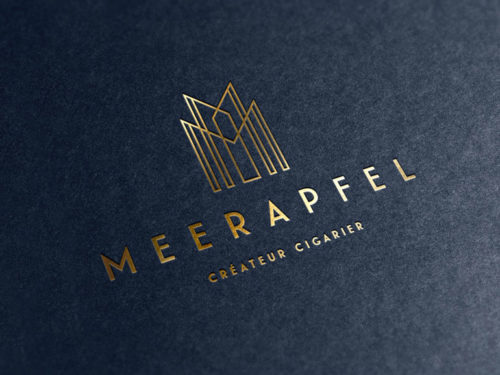 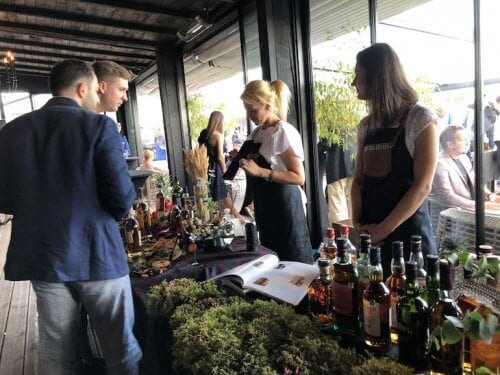