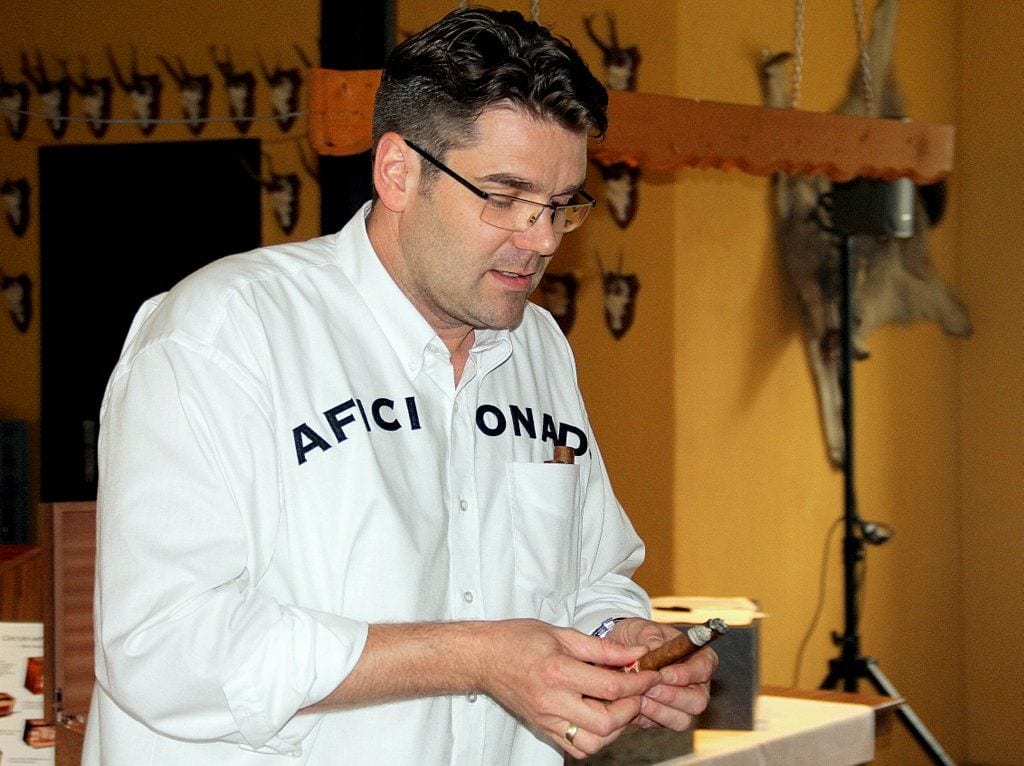 What are the effects of storage on a cigar? Our humidor expert Marc André presented three identical but completely differently stored cigars to 45 testers.

This test is intended to show the effects of storage on cigars. The following preparations were made: the 150 test cigars were stored correctly at just under 70% relative humidity for years. In 2010, they were broken down into three splits of 50 cigars each and stored for a further two years – but this time in fundamentally different environments. A few weeks before the test, all the cigars were once again return to the same humidity in a professional humidor. In the comparative test, the participants then smoked the three differently stored Punch Coronas (142 x 16,7 | 5 5/8 x 42, Boxing date AGO 07) in parallel. Each numbered cigar (1, 2 and 3) was assessed by the 45 test persons according to appearance and finish, bouquet, aroma, taste, strength and burn behaviour.

Cigar 1: Stored loosely (not in a box) in a badly designed humidor with passive humidification (air humidity between 55% and 80%).

Cigar 2: Stored in a closed cigar box in an electronically controlled humidor at 72% relative humidity.

Cigar 3: Stored in a closed cigar box but not in the humidor, hence without humidification. A few weeks before the comparative test, all the cigars were brought together in the professional humidor and stored in open boxes.

Results for “Appearance and Finish”

Dry storage did not really do the cigars any good. Cigar 1 was described by 88% of the test persons as very good, good or satisfactory. Cigar 2 achieved similar values at 86%, while cigar 3 was only assessed by 67% as having a good appearance.

The decline in the bouquet is significant both with cigar 1 (from the standard humidor) and the dry cigar 3. It is interesting that the cigar that had dried out in the meantime was more frequently attributed a “typical tobacco fragrance” than No. 1 stored in the standard humidor. This assessment could also be due to the fact that the cigars were all stored in the same humidor again for several weeks and might be the result of a certain transfer of smell than to the development of the cigar itself.

What is also interesting is that many participants attributed a restrained bouquet to the dried cigar no. 3 but ultimately regarded it as the best cigar. However, this was mostly due not to the good taste but rather to the easy draw and the good burn behaviour.

What strikes one immediately is the good grading of the aroma of the correctly stored cigar no. 2. 61% of the test persons assessed the aroma as being very good to good. In this classification, the dried no. 3 achieved 37%. 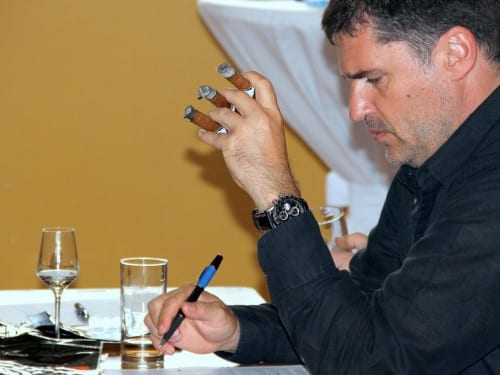 The result for no. 1 from the standard humidor, however, surprised me: only 25% assessed the aroma as being very good to good. The fact that the standard humidor was made of the wrong wood (Canadian cedar) led to a clearly perceptible change in the aroma which was largely not appreciated positively. What is astonishing is that roughly half the participants who correctly assessed which cigar had been stored in which way attributed a good to very good aroma to cigar no. 1. Those who preferred cigar no. 3 mostly found the aroma of cigar no. 1 satisfactory or worse, but that of no. 3 better. This may be related to a personal preference for milder cigars – but this is only a guess.

Seventy-one percent of the test persons found the taste of the correctly stored cigar to be very good to good, while 31% of the test persons still found that the dried cigar tasted so good that they gave this cigar the same grade. Cigar no. 1 achieved just about 24%. This is also astonishing – after all, the relative humidity was never lower than 55% and never higher than 82%. However, these fluctuations appear not only to increase the risk of damage to the wrapper but also to have a significant influence on taste.

No. 1 was very frequently described as “dry, flat, like hay, dusty, sweet, nutty”. All the participants who found no. 1 to have a sweet nutty taste also qualified this cigar as the best of the three. However, the participants who regarded no. 2 as the best cigar also found the no. 1 to be sweet and nutty. This is interesting and a significant cluster. Apparently, the storage conditions of the no. 1 encourages the development of this taste perception. The no. 1 in fact achieved pretty poor results: “salty, bitter, simply flavourless” were also attributed by the participants.

The assessment of the strength of a cigar is more difficult than might appear at first sight. What is strength? Even I have problems in describing it, above all if a cigar is attributed a full aroma in combination with low strength. A cigar is felt to be strong if it has certain effects on the human physiology. If the cigar causes the smoker to break out in a sweat, it is assumed that it is more strong than mild. 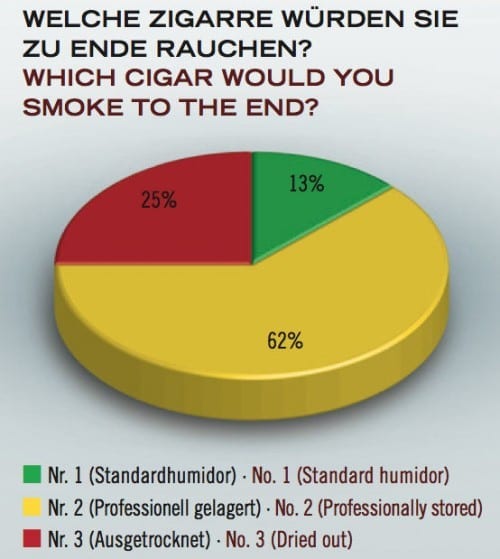 What has been drunk or eaten before the tasting also has an unavoidable influence on perception. Thus the cigar is bound to be regarded as being stronger if it is tasted with water or wine. If, on the other hand, the cigar is accompanied by a smoky whiskey or barrel-strength rum, it will be perceived as being mild. However one might approach the topic, it is not easy. For this reason, the comparative smoking is so interesting because tasting and assessment are relative and not absolute.

I had expected the assessments of no. 1 and no. 2 in terms of strength to be similar. However, this was not the case. Apparently, the storage in fluctuating humidity values has a significant effect on the perceived strength of the cigar. Apparently, the Ligero suffers very considerably under the storage conditions. The attribute “fresh” was not accorded once to the no. 1.

While cigar no. 1 (standard humidor) was found by 71% of the test persons to be rather mild to mild, the dried cigar only achieved 45%. It is quite clear that cigar no. 2 keeps its power longest, with less than one quarter of the test persons perceiving no. 2 as rather mild to mild. There is no doubt that this also involves the effect that the perceived aroma (typical tobacco fragrance) correlates relatively strongly with the assessment “rather strong to strong” and only has a small standard deviation.

Since all cigars were brought to the correct humidity content over a period of just under three months, a relatively similar assessment was to be expected.

My expectation that cigars 1 and 2 (i.e. those from the two humidors) would be fairly close together was not met. That fluctuating air humidity for cigars is apparently directly comparable to wines stored at fluctuating temperatures is something I hadn’t expected to encounter to this degree. And since just under one quarter of the participants found the cigars that had dried out to be excellent, my advice to throw such cigars away immediately is not correct in this form. Therefore, first of all bring the dried cigars to normal condition and test smoke them – there may after all still be a residue of an aroma (after all, 7% of participants found the aroma of the extra-dry to be very good.

If the very good and good gradings are added together, the extra-dry achieved an unbelievable 39% of positive gradings in terms of aroma. Surprises are the spice of life!