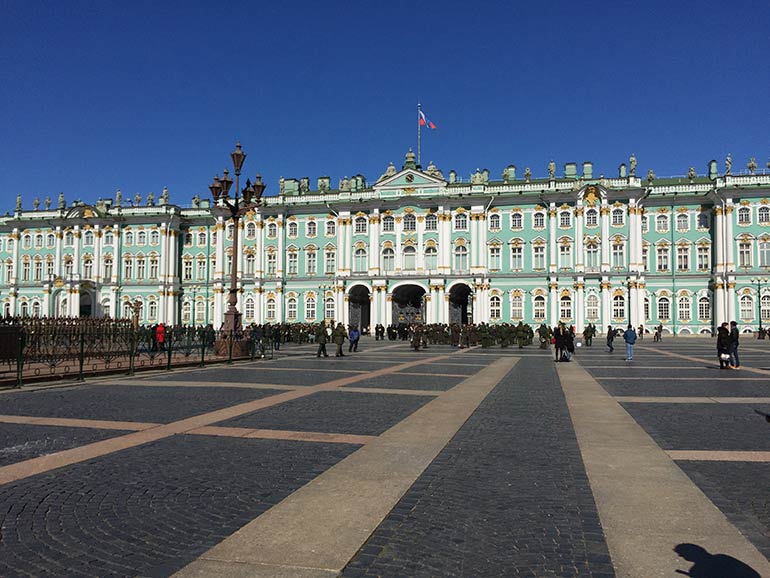 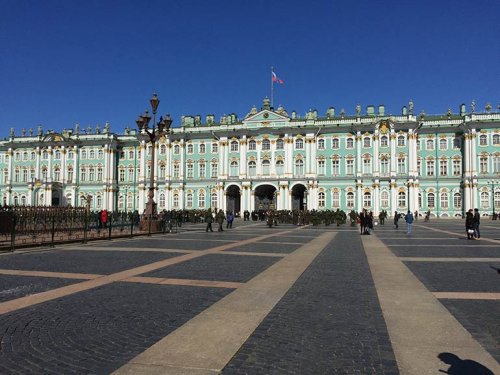 We begin our cigar tour of the grand city of czars on Krestovsky Island, where an impressive new building site promises a cigar lounge integrated into a restaurant. Though construction is currently on standby, one thing is certain: St. Petersburg takes its cigars seriously.

In this city of five million, a refined aesthetic and a yen for sensory pleasures clearly run in people’s genes. And when it comes to cigars? “As in Moscow, cigar lovers here favor Cuban cigars, even though they also value discoveries from other regions,” says Artem Erenburg. He is member of Horse Power, the city’s only active cigar club. Its 15 members gather every Wednesday to have fun and enjoy each other’s company. 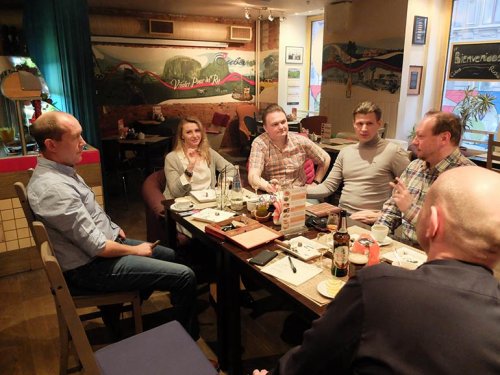 Photo: Guillaume Tesson | The Cuba Café is a popular rendezvous point for passionados

Habanos cigars rule the market here. “Prior to 2015 and the ruble crisis, Cohiba and the Trinidad cigars were very popular,” explains Dimitri Sobolev, owner of the restaurants O ! Cuba and Cuba Café. “Today, slightly more affordable cigars are in fashion.” According to official sources, about 3.5 million cigars are sold each year in Russia, compared to five million, 10 years ago.
Brands are imported according to many criteria. For example, Igor Fedotov, director of the franchise chain Tabakerka, is the only retailer and direct importer via his firm, North-West Tobacco Company, which he founded in 1993. All other cigars are imported by distributors: Top Cigars Corporations (led by Mikhail Smirnov) for Habanos S.A. is one of five companies that officially import non-Cuban cigars. The list also includes Fortuna Trading House (Davidoff, Fuente, Ashton, Toscano) and One Trade, which carries Dunhill and one of its lesser-known brands, Imperior, which is very popular with Russians. 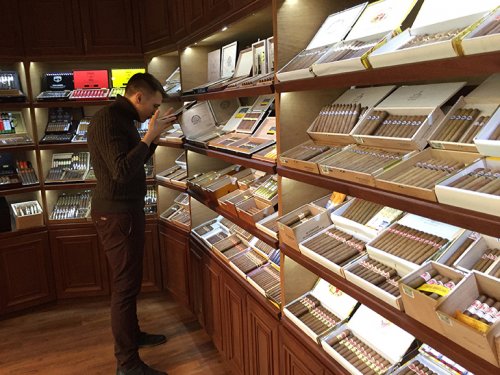 Prices are determined by the tobacco specialty retailers, but remain identical from one place to another. Cuban cigars are priced similarly to those in France (around USD 15 for a Partagás Serie D No. 4), while cigars from other countries of origin are twice as expensive as they would be in the United States. Online cigar sales are banned. At La Casa del Habano, you have to purchase any cigar that you smoke there, which is not the case in other places. At Tabakerka, for example, you can spend an afternoon sipping one-euro espressos as you smoke cigars you’ve brought with you. And at the Cuba Café restaurant, smoking is not permitted during daytime hours, but patrons may smoke freely after 7pm. The café’s main section is open seven days a week. And what are the penalties when a cigar is lit out- side of the official smoking hours? Thankfully, they are rare. As Dimitri Sobolev says, “Russians have always smoked. The czars smoked; Stalin smoked pipes … that’s why, even in places that have the strictest rules, the officials are not overly zealous. Cigar lovers are respected.”

“Loyal customers get together in the city’s four lounges, all located in the same area, just steps away from the famous Nevsky Prospekt,” explains Lev Baranov, president of Horse Power. “On occasion, if many passionados are getting together, we’ll use the first floor of a large, comfortable restaurant, like the Dickens pub, for private gatherings. We did that during the Gran Fumada Russia last April.” On this particular evening, Artur Schiliaev, founder of the Siglo de Oro brand, presents us with something special: a Eugene Onegin cigar from the By Alexander Pushkin series. The tobaccos are imported to Russia from Nicaragua and Ecuador, and the cigars are rolled in Moscow. 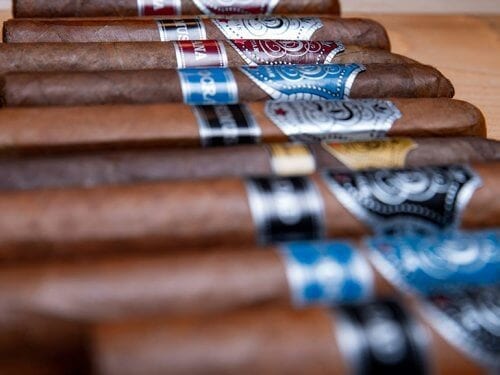 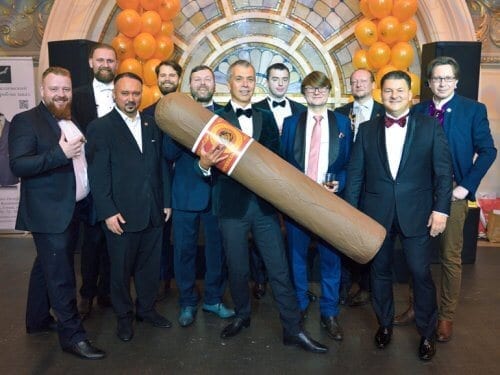 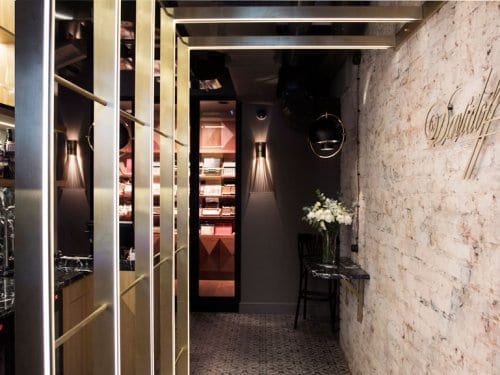 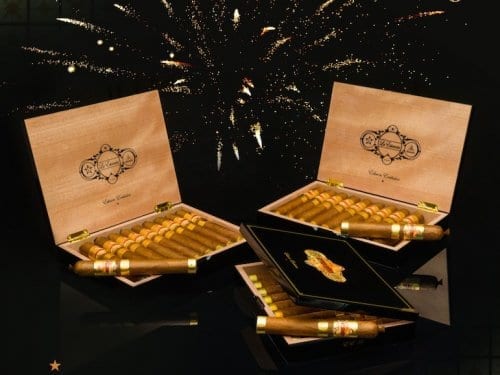 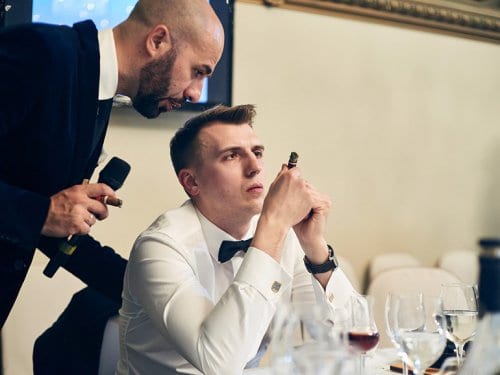 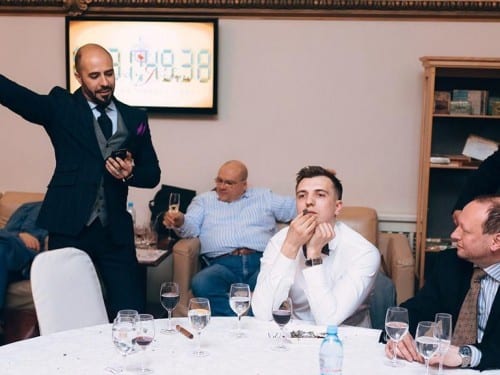