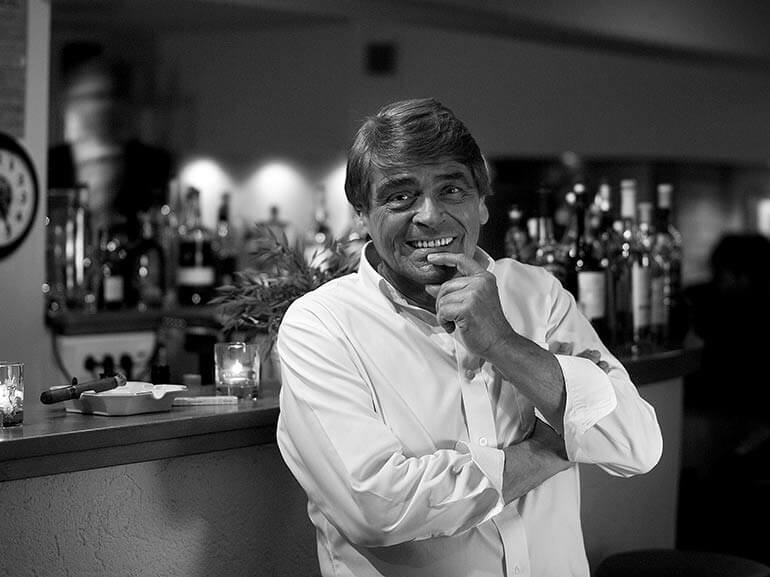 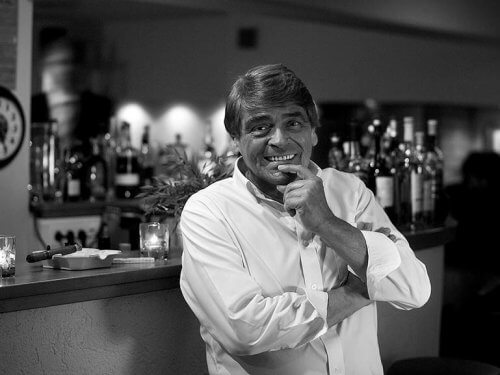 Born during the Second World War, Peter Heinrichs was imbued with tobacco and the entrepreneurial spirit in his father’s business. The family was prosperous, something that today is of no great significance to Peter Heinrichs. “My father prospered in the post-war years through his wholesale business, cigarette vending machines and eleven stores, with the result that his family could afford a holiday on the Côte d’Azur even in the 1950s. He was a patrician merchant of the old school, and that’s how I see myself as well.”

At the age of 14, he left school to become an apprentice in the wholesale business and founded a business of his own a year after the death of his father in 1962. “I was the black sheep of the family, and was ungraciously removed from the family.” An old Ford and a starting capital of 3,000 German Mark were the beginning of his own highly successful tobacco wholesale business, which he sold in 1974 at the tender age of 28. Marbella and a life of ease were the incentives, but in fact failed to appeal to him. 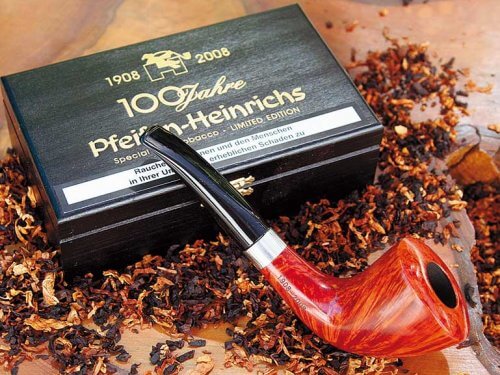 Photo: Frank Hidien, Peter Heinrichs | On the occasion of the anniversary, Heinrichs is selling a Dunhill pipe, two tobaccos by Planta and Kohlhase & Kopp and a torpedo-format longfiller made by Charles Fairmorn in the Dominican Republic

It was hardly surprising that only a year later he was back to set up a small business, the “House of 10,000 Pipes” in Hahnenstrasse, today a living legend. The motto for his second business life was to work hard, live economically and be innovative for the customer. “Every kebab stand owner sees himself as a merchant, I see myself as a patrician merchant.” Planned as a small and manageable operation, the business was soon “cursed” with success.

In 1984, Heinrichs flew to San Francisco with a suitcase full of pipes that he sold in only a few days, the start of his ongoing close business contacts with the USA. A special attraction was his own cigarette made using pipe tobacco. Originally seen as a crazy idea in his attempt to compete with international companies – and as Heinrichs points out, was encouraged by the sadly missed cigar and pipe importer Michael Kohlhase – it can now be found in 25,000 shops around the world. 1994 saw the construction of Chateau Henri in Niederaussem.

Despite being miles outside Cologne, it was also a huge success and the three smokers’ rendezvous attract hundreds of tobacco fans every year who come to chat and discuss. To round off the range of products he sells, Peter Heinrichs has for some years now operated a Casa del Habano, originally in Niederaussem but now in the building next door in Hahnenstrasse. And finally Heinrichs bought up his cousin’s business in Martinstrasse am Gürzenich in 2000.

“Our aim is to create an island of indulgence for our customers”, says Peter Heinrichs. “To this end, we are planning to open another store in Hahnenstrasse with a focus on spirits. Those who are said to be dead live longer, and the tobacco trade will survive. Enjoyment will never die out!” Looking back over the years, his special complements are addressed to his wife. “90 percent of the company is my wife. She does everything right when I get it wrong. The company is my wife.”

This article was published in the Cigar Journal Autumn Edition 2008. Read more