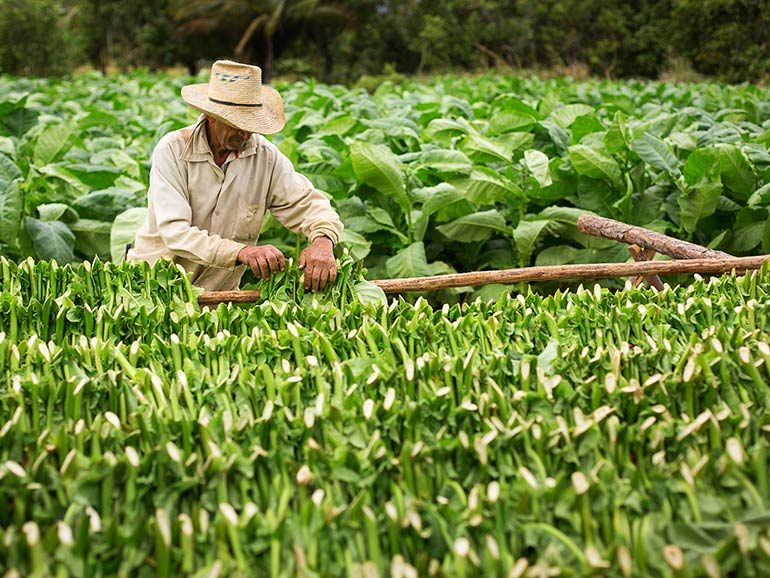 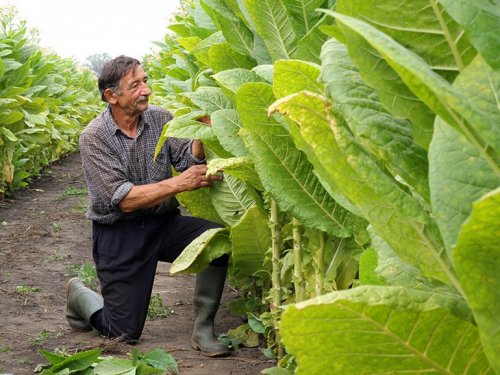 Photo: cigaradvisor.com | A farmer inspeciting the leaves of the tobacco plants prior to harvesting

“Tobacco speaks, we just have to listen,” says Nestor Andrés Plasencia. It’s a lesson he learned from his father, Nestor Plasencia Sr. Together, they grow over 3,000 acres of tobacco on their farms in Honduras, Nicaragua, Panama and Costa Rica.

When it comes to harvesting the tobaccos that will eventually be turned into premium cigars, there are two basic methods: leaf priming and stalk cutting. “Harvesting tobacco is one of the most important factors that we have to consider on our plantations,” says Nestor. “The decision about when to harvest depends on the quality of the leaves, which carries through to the curing process, then the fermentation process and, subsequently, the production of the cigars.”

Leaf Priming entails starting at the bottom of the plant and picking two or three leaves at a time off the stalk on a weekly basis.

“We know the leaves are maturing when the green color starts to get a little lighter and the tip of the leaf begins to bend,” says Nestor. “We start with the first priming about 55 to 60 days after transplanting, then we go back about every week, harvesting two leaves each time until the process is complete.”

“When leaves are harvested by primings, they are also fermented accordingly, yielding the different tiempos such as volado, seco, viso, ligero and medio tiempo,” says Christian Eiroa of CLE Cigars. The son of another famous tobacco-growing family, he cultivates his own tobacco in Honduras. “The longer the leaf sits on the stalk, the thicker, darker, and often stronger it is going to be.”

Stalk Cutting entails harvesting the entire tobacco plant at once by cutting the stalk very close to the ground. This technique is common with Connecticut Broadleaf maduro and Mexican San Andrés Negro tobaccos. 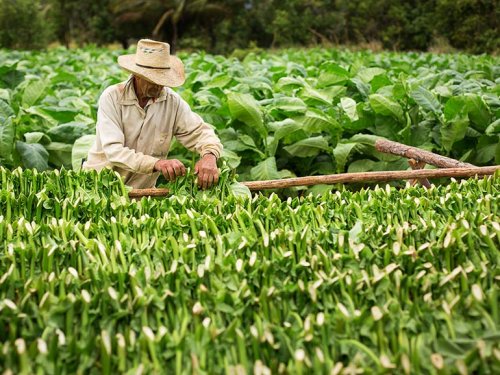 Photo: www.cigaradvisor.com  When the stalks are cured, they are draped over long sticks called cujes and dried outdoors for 24 hours

“The stalk-cut method was developed in areas where labor was either very expensive or scarce, or for small, independent growers who counted on their family to help harvest,” says Christian. “The fermentation for stalk cutting differs from priming in that the whole stalk is fermented at once, and oftentimes the stalk is buried underground in pits to ferment.”

During the curing process, the stalks are draped over long sticks called cujes and dried outdoors for 24 hours then moved into curing barns. One advantage to stalk cutting is that, by having the entire stalk intact, it helps to fortify and “feed” the leaves during air-curing.

“Tobacco is so fascinating, because there are so many factors that can influence your decisions,” says Nestor Andrés. “But the most important thing is to learn the language of tobacco; it will tell you when it is ready.”