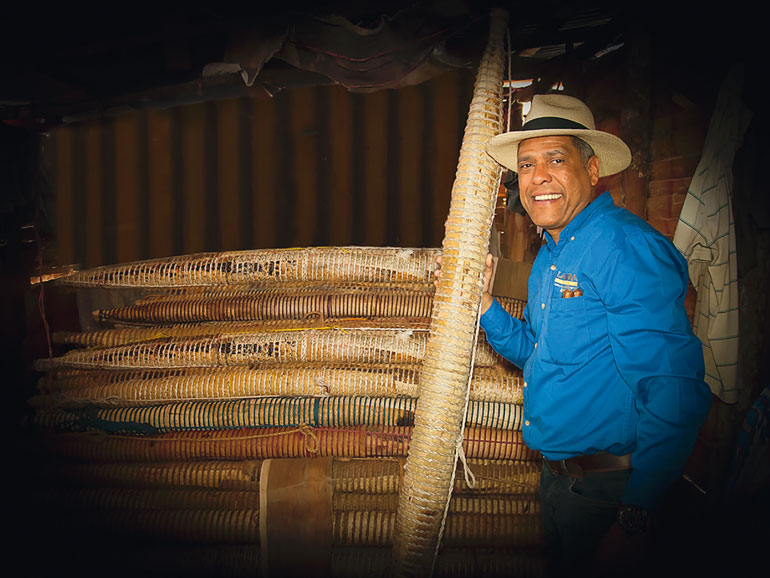 In the Dominican tradition, andullo has so much weight that it became the eponym of a chapter of the country’s history, the Charge of the Andulleros. This occurred in 1844 during the Battle of Santiago de los Caballeros, when Juan Pablo Duarte fought for the end of the Haitian occupation. This attack, led by Fernando Valerio, was so decisive for the victory of the Dominicans, that today in front of the military base in Mao in the province of Valverde, one of the most important tobacco regions in the Cibao Valley, a large statue stands in memory of the courageous Andulleros and the events that took place there almost two hundred years ago.
In recent years, innovative impulses from the industry have brought cigars onto the market that offer something more, something different and new. The intention was to add new flavors to the traditional flavor spectrum of the tobaccos in order to meet the demands of a public that increasingly desires new taste experiences. And there are many examples of this, like fire-cured tobacco, which adds smoky aromas, or the inclusion of a bit of Latakia, a very flavorful tobacco. In the Dominican Republic, however, some brands have also turned to andullo.
Andullo is tobacco at its finest. In fact, the Criollo variety is used for its cultivation, a Cuban seed that produces 14 to 16 small, long leaves; here, only the processing is different. This handling process is typical for the Cibao Valley but also of the south of the country, east of Santo Domingo, where the main andullo region lies, Azua de Compostela. Simón Beltré was born in nearby Tábara Arriba. He is a Dominican Andullero, who today lives in Brussels and has embarked on the adventure of creating his own puro brand, SB. “The tobacco is the same,” says Beltré, “but the process is different, because andullo turns into a solid substance and doesn’t demand such elaborate observation.”

THREE PRESSING PROCESSES
Beltré explains that the andullo process requires only two cuts on the plant. “In contrast to the tobaccos for puros, andullo is harvested all at once and then dried in the barns for three weeks, with the bandeliers being laden with considerably more tobacco leaves.” During the drying, it is not so much the color that is important; but rather, the leaf and especially the main vein are supposed to thin out. At the end, and still before fermentation, the tobacco is stripped, and this is where the special process for andullo begins. 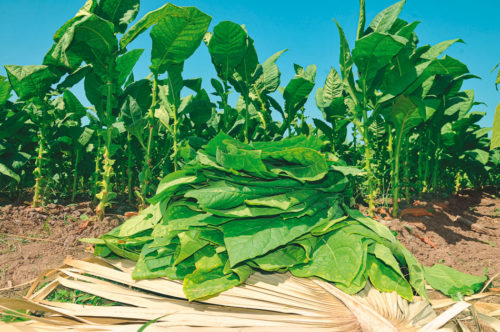 The tobacco is rolled in yaguas – two palm leaves arranged to face each other – so that it is completely surrounded by the resulting cylinder, which is then tightly wrapped with a rope. Inside is where the intensive fermentation begins, during which the approximately 10 kilos of tobacco is transformed into a firm mass. The process is assisted by a small amount of sugarcane juice, which does not add any aromas to the tobacco but solely serves the fermentation. In this pressed state, the tobacco stays in the yagua for about four months, with the andullo having to undergo the process of pressing at least another two times during the four months.
After this fermentation period, taken out of the yagua in cylindrical form is the tobacco, which is tightly pressed and firm, but also easily crumbles. On the sides, the rope marks are clearly visible; the mass has a dark, ripe color and the aroma is an indication of the long fermentation of the tobacco. This type of tobacco is usually smoked in a pipe, but despite its strength, “many elderly people still chew it here, and others also even smoke it rolled in cigarette paper,” explains Beltré.

THE “OTHER” TOBACCO
Andullo is the other traditional Dominican tobacco. Like Latakia, it is usually used as pipe tobacco, although some puro manufacturers use it in their blends to offer it to passionados as a new product. This is also the case with Simón Beltrés’ cigar brand, SB, a super-boutique brand still relatively unknown outside the Dominican Republic. In addition, at least three major producers have already launched their cigars with andullo: CAO, La Aurora and VegaFina.
However, andullo is perceived very differently by the four brands. With La Aurora ADN and CAOs Orellana, Anaconda and Fuma em Corda (“fuma em corda” is the Brazilian andullo) this other tobacco has a lot of weight in the blend and is a decisive factor in its strength. With the SB andullo, the dark aromas resulting from the long fermentation process are noticeable but have only a limited effect on the strength. The new VegaFina Fortaleza 2 Andullo, the lightest among them, gives the andullo depth and balance, but also makes it a strong cigar. In any case, it seems to be the trend to add another tobacco to the blend of a puro. And not only that, it also opens up a new and exciting path that has yet to be trodden. 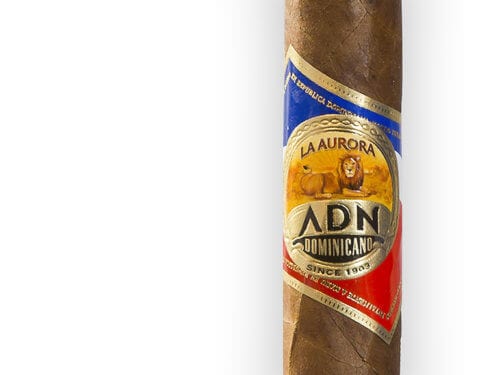