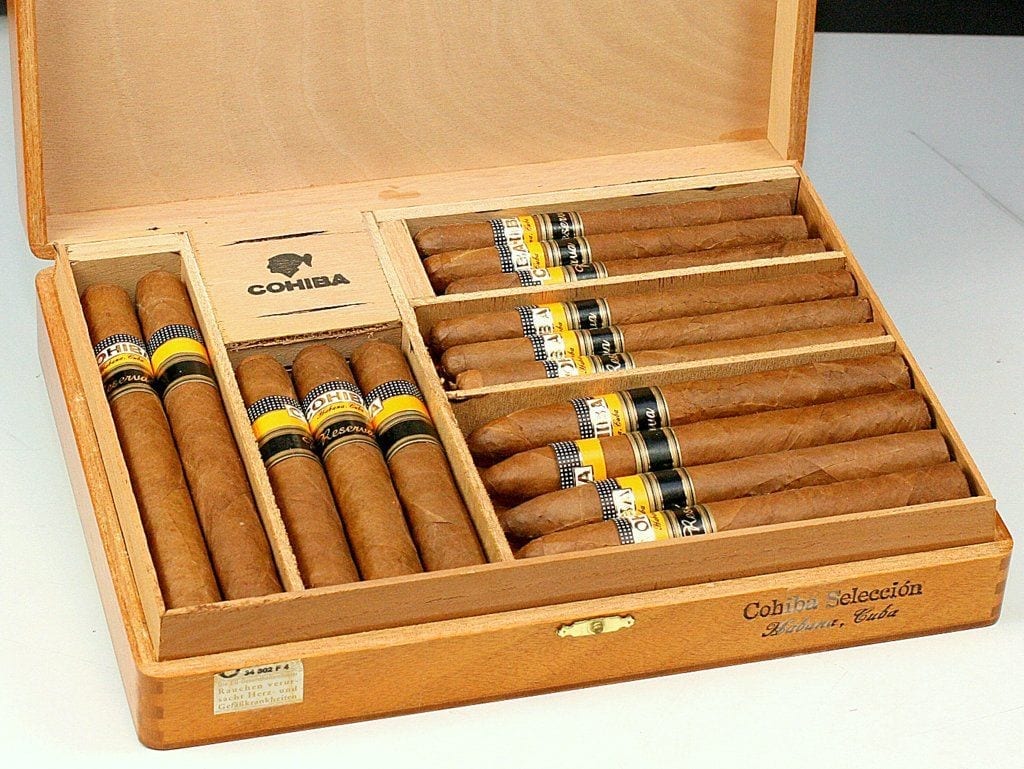 The instruction leaflets found in many cigar boxes contain the recommendation that cigars should be stored between 16 and 18°C. But what should you do as summer draws near? 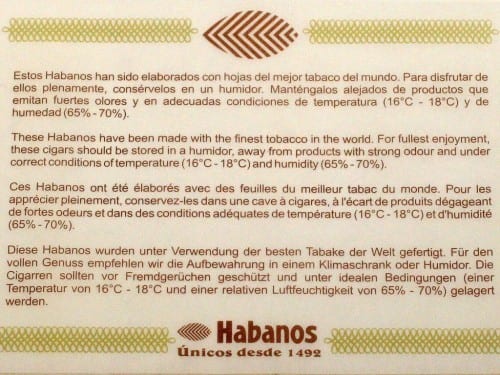 In winter, you can argue that the room temperature doesn’t exceed the recommended optimum temperature for storing cigars (16 to 18°C) by very much. In summer, temperatures of 25°C and more in the home are difficult to avoid.

For many people who live in regions where air-conditioning systems are not part of standard equipment, the question then arises how to achieve this temperature recommendation in the home humidor. Many cigar smokers will move the cigars to the cellar or start thinking about a humidor with an integrated cooling function.

For eight years now, I have been experimenting with a variety of humidity and temperature values and have acquired quite a wealth of experience.

In this article, we shall critically examine the (apparent) arguments for keeping cigars cool, and look at the problems this involves in practice. In addition to a number of not entirely avoidable excursions into the world of physics, I shall also present you with practical recommendations.

Argument 1 – Maintaining the Aroma and Post-Ripening

Let’s begin with this theory, which is the most difficult answer. I am always astonished to read in publications (specifically from America) that the whole discussion about storing cigars and post-ripening is ultimately nonsense – the cigars are at their peak and perfectly smokable when they are supplied. This is certainly true of some cigars. 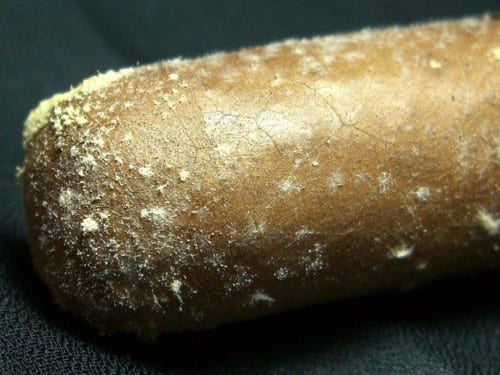 But for others it is far from being the case. There is no doubt that the aroma of the cigar changes over the years. The question is only whether this is positive or negative and what factors play an influencing role.

In the course of time, any ammonia they contain will evaporate and the cigars will start to feel less fresh on the palate since the complex sugars in the tobacco convert into simple sugars and the risk of the bitter taste of condensates is significantly reduced. This development proceeds more slowly in an aluminium tube than for instance in a walk-in humidor.

If the cigars are stored open and surrounded by fresh air, the touch of ammonia disappears after only a few months, and after two to three years the cigar smells rather flat. The ambient air deprives the cigar of its bouquet. Whether this experiment is conducted at 18°C or 25°C, the result is practically the same. Hence the temperature recommendation does not have an effect on the development of aroma. 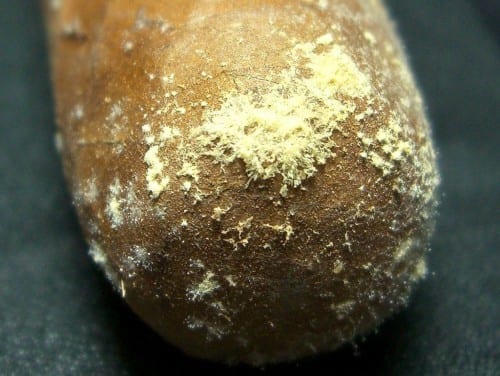 Possibly “16-18°C” just means “simply store the cigars in the home and don’t put them in the sunlight.” The recommendation may also be due to the fact that cigars are stored in the factory around 16°C for a few weeks after they have been finished and before being packed. The reason is that the water content of the tobacco after being rolled is still at around 17 to 18%.

Storing at a lower temperature leads to slow evaporation of the excess water until the tobacco reaches a humidity of roughly 12 to 13% by weight, i.e. the optimum humidity content.

Be that as it may, it is not the temperature but rather the quantity of fresh air to which the cigar is exposed and the relative air humidity that are the truly relevant influences. For this reason I recommend storing cigars in boxes and not individually, whenever possible. Storing cigars individually in a classical table humidor is acceptable if the cigars are to be smoked within one to two years.

If they are to be kept longer, they should be exposed to as little fresh air as possible. If you take this into account and keep a constant relative humidity at around 70%, summer temperatures of 20°C are not a problem. At such high temperatures, all I do is reduce the air humidity to around 65%, otherwise for me the cigars are too soft.

“A lower storage temperature protects against mold and reduces the formation of cigar bloom.”

Is this really true? A simple experiment: Take a piece of cheese and store it at 25°C and 70% relative humidity. Slowly but surely it will dry out. But it will not get moldy. Where does cheese get moldy quickest? In the cold, damp fridge. This is simply because the optimum growth temperature for mold is between 5 and 15°C. 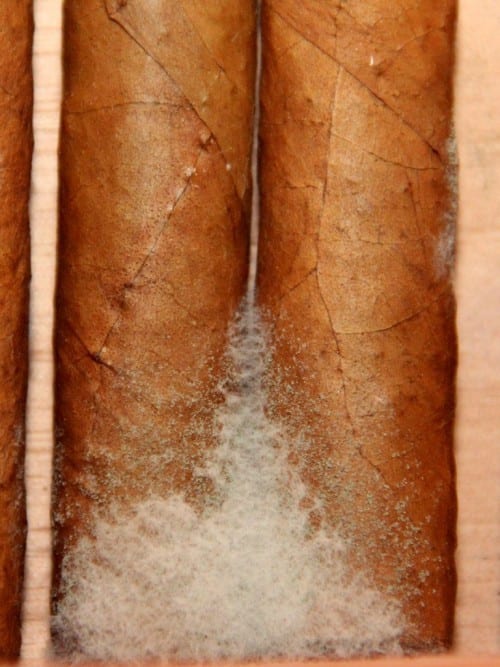 It is practically impossible to have mold grow on cigars at temperatures above 22°C. At best if the relative air humidity is over 75% over a longer period of time. In a number of experiments, I have attempted to transfer the mold onto bread, strawberries, citrus fruit and cheese to cigars using swabs. Unfortunately (or perhaps fortunately) without success. The low water content of the tobacco is not sufficient to give the classical food mold a sufficient basis to grow.

If mold does grow on the cigar, this is almost always Eurotium.spp, a fungus that does not form toxins and that grows in every mattress and in every environment with a relative humidity above 60%. This fungus only grows on the surface of the cigar, on the wrapper, is entirely harmless and is easily confused with cigar bloom. If this fungus structure appears on the cigar, you simply wipe it off. If cigars are stored cool at a storage temperature of 16°C and 65 to 70% relative air humidity, you will notice that the cigars feel relatively dry.

The first time you experience “cigars in bloom” and don’t know what’s going on, you tend to think about throwing away the entire blooming collection, because you wrongly think that the bloom is a dangerous mold (see Cigar Journal 1/2010).

Interestingly, cigars mostly begin to form more efflorescence in March, April, May and June. I wouldn’t like to say whether this has anything to do with the tobacco’s “inner clock”. In any event, efflorescence is also found on cigars that have been stored in a cool environment.

I haven’t been able to notice any difference here so far, and certainly not a reduction of bloom if the cigars are kept cool.

This is the most frequent argument used to justify keeping cigars cool and – as I guess – also the actual reason for the notice on the leaflet in the cigar boxes. And yet it is completely in vain, as we will see below. The cigar has a genuine enemy, Lasioderma serricorne, generally known as the tobacco beetle.

Alongside the harmless problems such as Eurotium mold (a mesh of cotton wool-like fibres on the cigar), grocery mite (small white dots running around on the cigar) or cigar bloom (white efflorescent spots), the cigar beetle is a genuine pest. Although it is not the beetle itself that is the problem but rather its larvae. They can be hidden within the cigar tobacco and develop a healthy appetite. The result is circular holes in the wrapper extending deep into the cigar. If you discover cigars with circular holes in the wrapper, controlled panic is indeed appropriate. 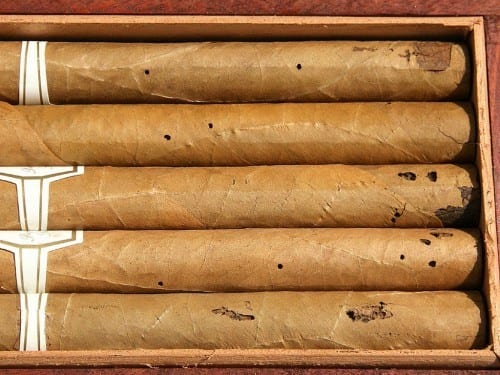 Every responsible cigar importer freezes his cigars for a few days to at least -32 to -40°C immediately after receiving them. The rapid freezing reliably kills the beetle larvae. The emphasis is on “rapid.” The beetle larvae have the incredible capability of producing a glycol compound in the cold that acts as an antifreeze to prevent them freezing. Only if the freezing process is quick do the larvae have no chance to protect themselves.

Let us now complete the circle to the argument for cool storage. If cigars are stored under 20°C, it is claimed that the tobacco beetle cannot reproduce. This is said to protect the cigars against beetle infestation.

In reply, it should be pointed out (as stated above) that it is not the beetle that destroys the cigars but rather the larvae. If the cigars are “infected” with living larvae, storing at 15°C has no effect whatsoever. It is only at temperatures below 5 to 6°C that the larvae become inactive, in other words, stop eating and starve to death. The cigars would have to be stored in the fridge at low temperatures for several weeks. Then the larvae would be dead – and the cigars dried out.

Admittedly, the relative humidity in the fridge is of itself very high, but the low temperature prevents the cigars storing sufficient water and so they dry out. It’s difficult to believe, but this is the case. It is indeed true that the hatched beetle does not reproduce at low temperatures, but the larvae remain active!

Is that not sufficient reason for keeping the cigars cool? No. Once the larvae is in the cigar (and you don’t see that from outside), all that helps is freezing, and that’s done by the importer.

Is there Absolutely no Point in Keeping Cigars Cool?

Whether keeping cigars cool actually makes sense depends on the purpose of storing the cigars. If cigars are to be stored for a long time in the sense of cigar ageing (hence a number of decades in order to increase value), then storage at humidity and temperature conditions that are as constant as possible is appropriate.

However, in practice that is only possible in large rooms in which the cigars are stored in boxes. For the normal cigar smoker who uses his humidor or humidor cupboard to keep both cigars to be smoked soon and a number of boxes for a longer period of time, storage at room temperature is a sensible and completely unproblematic recommendation. Whether the thermometer in the humidor goes above 20° for three weeks in summer is completely irrelevant – provided that the relative humidity is firstly correct and secondly as constant as possible.

Temperature fluctuations in a range between 15 and 30°C do not destroy a cigar. The situation is very different when the air humidity fluctuates. If the cigars are kept too damp, they expand. If the ambient air then suddenly becomes dry, the shrinking wrapper can no longer retain the tension in the filler – it tears.

And about this you will learn more in the second part of this article. 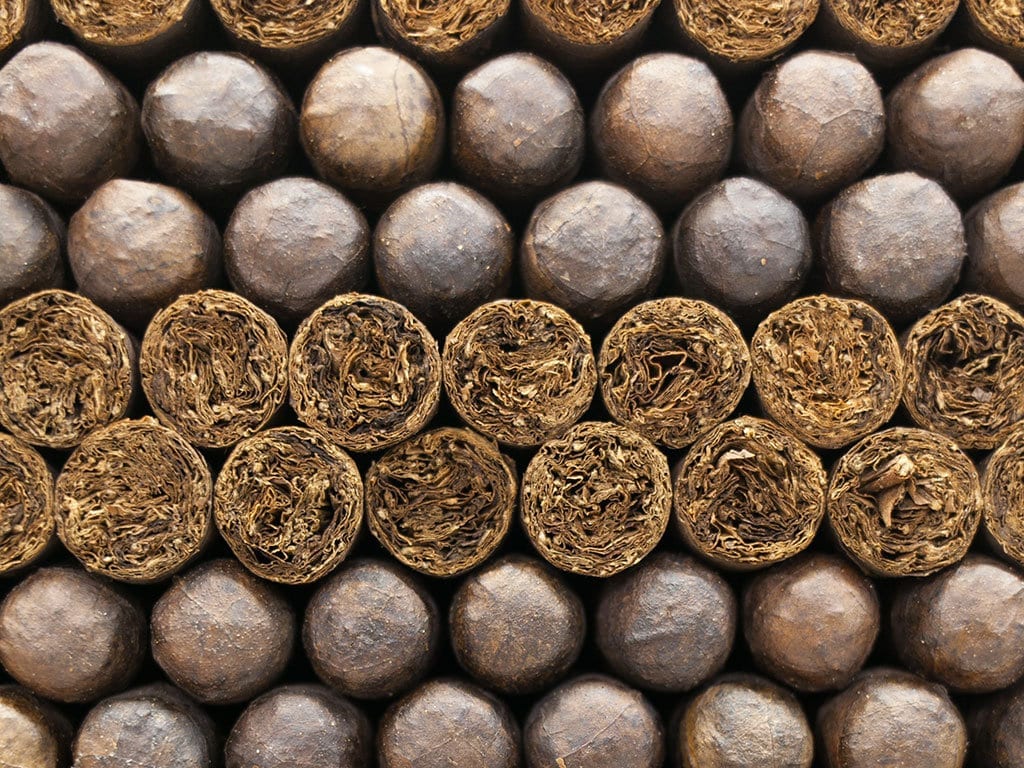