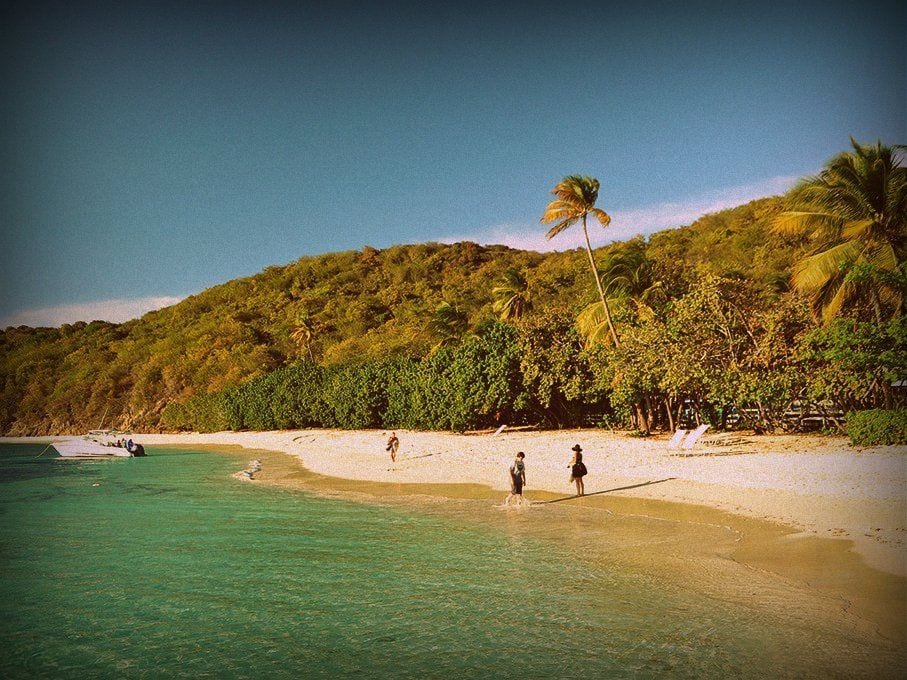 In the popular district of Santurce in San Juan, the weekend already begins late Thursday. Reggae rhythms and hip-hop penetrate loudly from the surrounding bars and a few passionados are already enjoying their third glass of rum on the placita [small square] in front of the historic market hall.

In the world capital of rum, to go with an exquisite Ron DonQ Limón I’m puffing on a robusto from the manufacture Don Rey, hand-rolled in Puerto Rico, relaxed. “Gabriela, look up at the roof of our mercadillo [market],” Patricio Peña, alias “Don Rey,” says, interrupting my Caribbean reverie. He proudly points to his 19.5-meter-long giant cigar from the 2005 Guinness Book of Records. It meanders high above countless stalls with tropical fruit and colorful straw huts. What great presentation for a record cigar!

Patricio Peña, who rolled his first cigar at the tender age of seven, is already planning his next world record attempt as torcedor: “My brother and I want to roll a 120-meter-long cigar; over four days with 150 helpers,” he explains.

That in Puerto Rico about 50 years ago the legendary piña colada was invented is no coincidence. The puertorriqueños, as the locals call themselves, are a highly creative, multicultural folk and love cigars. In the good tobacco shops in the metropolis San Juan of two million people, an excellent selection can be found. The smallest island of the Greater Antilles has a rich tradition behind it with its “brown gold”.

“My great-grandfather had a secondary income rolling cigars,” explains Maricely del Río, the pleasant VIP concierge manager of the El Conquistador Resort. “I can remember how he once stirred glue from maize porridge for the leaves.” In the resort’s Chops restaurant we’re eating mofongo – that is, dumplings made from plantains with crab meat. “I love the scent of tobacco leaves and am looking forward to having cigar rolling events here,” she adds.

The strict anti-smoking laws in the United States also apply to Puerto Rico. That they appear to be less rigorous here not only has to do with the weather but perhaps also with the friendly staff in the restaurants and bars. As a cigar smoker, one usually quickly gets a suitable table on the terrace. For epicureans, Puerto Rico is one of the trendy hot spots in the Caribbean. In restaurants like the Budatai in San Juan you encounter adventurous chefs like the Mexican Roberto Treviño, who fuses Creole traditional cuisine and with those of Western and Asian origin. A popular meat dish of the Antilles island has a music-related name: steak can-can.

Puerto Rico without music is like soup without salt. It was, after all, Cuban and Puerto Rican immigrants who invented the world-wide beloved salsa in New York in the Sixties. And what country can claim to having won eight Grammys in one year?

Small island but very big: even the tiny tree frogs of Puerto Rico croak melodically. They received their onomatopoeic name “coquí” from the indigenous peoples of the Antilles islands, the Taínos. The Taínos are considered to be the forefathers of today’s cigars. On the entire island they planted tobacco, which they smoked during ritual gatherings. To the ears of Spanish colonialists, the name of their rustic rolls of tobacco (sik’ar) sounded like “cigarro” and were distributed from Europe in shiploads all over the world.

Those wanting to celebrate their cigars in an air-conditioned lounge in San Juan have a choice between the classic, noble atmosphere of the Avo Lounge in the sophisticated Condado quarter to the comfortable interior of the Cigar House in Old San Juan. Owner Rita Pérez has created a wellness oasis with a spectacular lounge in New-York style. In addition, the walk-in humidor offers an excellent selection of premium cigars.

The coveted Don Carlos by Arturo Fuente is sold over the counter for 32.95 US dollars; the Padrón 1964 Anniversary Series you can buy for 11.95 dollars. “We get around 40 percent of our cigars from Nicaragua; fewer are from the Dominican Republic and only about ten percent from Honduras,” the dynamic grande dame of Puerto Rico’s cigar business emphasizes. “Currently, till now, only three percent of our shelves are stocked with cigars from Puerto Rico, but that could change very soon.”

As I finally rock, leaning back in one of the magnificent Carlos Toraño rocking chairs and enjoy a local Don Bienve Robusto Connecticut (10 US dollars) with Barrilito Rum, I’ve really arrived in Puerto Rico. In the freely associated US state, superlative sand beaches beckon.

We get around 40 percent of our cigars from Nicaragua.

The completely natural Flamenco Beach ranks among the top ten world wide. It’s on Culebra Island, the name of which I naturally associate with the extravagantly formed cigars. One more reason for me to head to this island, with its impeccably white sandy beach. While snorkeling in the turquoise-colored sea I even come across a sea turtle, which blinks at me in a friendly way. A visit to the private island Palomino, which belongs to the luxurious El Conquistador Resort, is unforgettable. Like an eagle’s nest, the resort is perched high up on a cliff. The indigenous iguanas move with such provocative slowness that, at the latest here, one feels compelled to completely slow down.

Those wanting to be active can take a paddleboat to the tiny neighboring island, which, as the location for the Hollywood box-office hit Pirates of the Caribbean, became famous. In Puerto Rico, golfers will find about 20 excellent gold courses. On the fairways of the El Conquistador Golf Resort with its challenging steep slopes one can enjoy a cigar with a panoramic view of the ocean as well as the neighboring Yunque National Park.

San Juan – The Oldest City of the United States

Whether you’re trekking along adventurous paths in the only tropical rainforest of the United States or strolling along the five-centuries-old cobblestones in Old San Juan, the sites of Puerto Rico can be comfortably discovered. There’s the electric train that serves as a shuttle to the Castillo de San Felipe del Morro.

The former bastion of the Spanish colonialists is considered the biggest of its kind in entire North and South America. It is a UNESCO cultural heritage site, as is the vast fortress of the Castillo San Cristóbal, with its fantastic view of the Bay of San Juan.

“Our capital city, founded in the year 1521, is the oldest city in the United States of America,” my guide Leopoldo tells me, and then takes me to Antonio, who is rolling cigars with local leaves at the entrance of the fortress. “For us, this is traditional handiwork,” emphasizes Leopoldo.

Later, on the panorama terrace of the Olive Boutique Hotel in San Juan’s Condado quarter, I enjoy a box-pressed El Jefe Robusto by Don Rey (9.50 dollars). I think back to the meeting with Patricio Peña and his brother, Ricardo, who sells longfillers of the family’s own brand Don Rey from a simple wooden table on the square in front of the market hall – of course with fillers from their own plantation inland.

Ricardo Peña puts the most underrated tobacco outside Puerto Rico into perspective: “When Cuba was afflicted by a plant scourge at the end of the 19th century, it was tobacco seeds from Puerto Rico that saved the continued existence of the plantations there.” This is well documented in the Caguas tobacco museum, where there’s also information about Puerto Rico’s exporting of a proud 35 million tons of tobacco between 1900 and 1929. 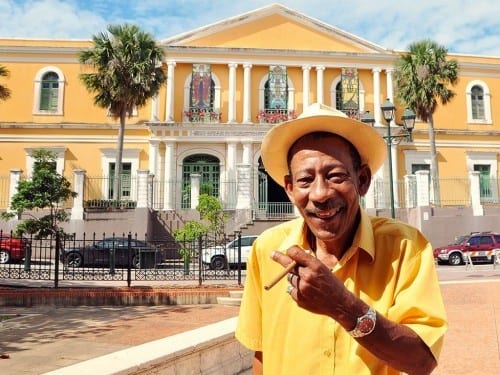 Patricio Peña, who emigrated to the neighboring Dominican Republic, sells brands such as Arturo Fuente, Camacho and Gurkha in his small tobacco store in Santurce. He owns six tobacco shops in total and also the exclusive rights to cigar sales on the American military bases, as he mentions in passing while drinking a Bacardi 8 Años – for him, this rum is the best accompaniment to a cigar.

Puerto Rico produces around 40 fine sugar cane distillates and the island is proud of its annual festival highlight, Taste of Rums, which draws rum lovers from all over the world. One of Patricio Peña’s customers was also the Spanish King, Juan Carlos. “He wanted to get to know my own cigar line, which is made using tobaccos from Puerto Rico and also leaves from the Dominican Republic, Brazil and Cameroon. Juan Carlos loves the Yauco coffee from our Antilles islands. Perhaps, for that very reason, he also wanted to taste our Don Rey cigars.”

Those wanting to visit a coffee plantation in Puerto Rico – the Caribbean island is famous for its aromatic beans – the stylish Hacienda Buena Vista is a definite recommendation. It’s situated in the middle of the jungle, through which there’s a fascinating coffee and chocolate trail.

After the adventurous tour, one is invited to a coffee tasting, at which I enjoy a handrolled local corona by Don Collins. The American produces his popular line on the historic terrain of Puerto Rico’s oldest cigar factory.

Only a half-hour drive away, Ponce, one of the most beautiful colonial cities of the Caribbean, is enticing and reminds me a lot of Havana. With its atmospheric plaza and lovingly refurbished town palace of centuries past, an unforgettable walk is inviting.

Not to be missed is a visit to the Museo de Arte de Ponce , which flaunts a spectacular, first-class collection. I stumble upon expressionist paintings of cigar rollers there, created by an important painter of the art-loving Antilles island. He makes archaic-seeming giant cigars appear like torches of hope in the hands of venerable old torcedoras. In doing so, he alludes to the “golden age of tobacco” in Puerto Rico, when a rolling table belonged to home inventory, and the head of the household would smoke and relish his own tobacco herb on the veranda. 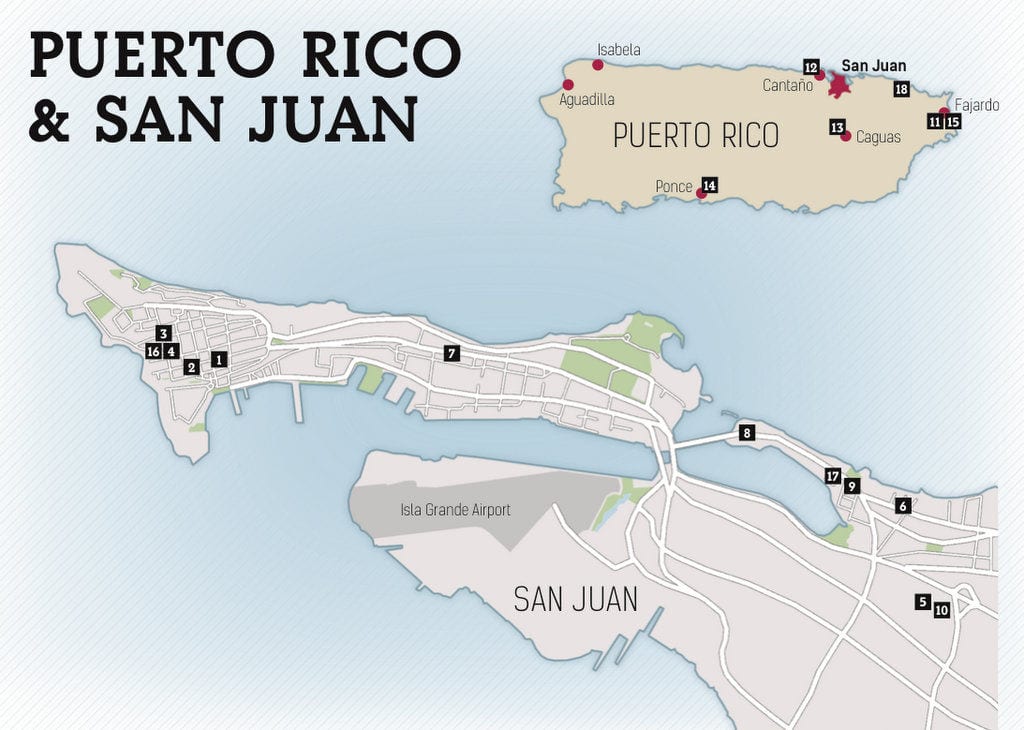 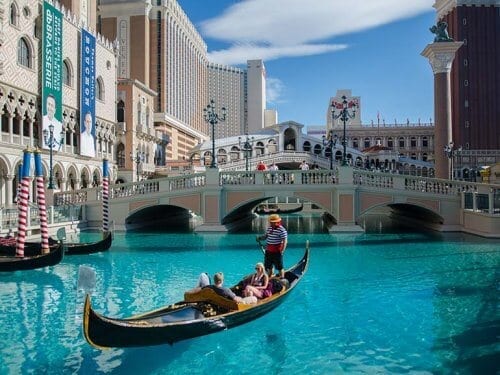 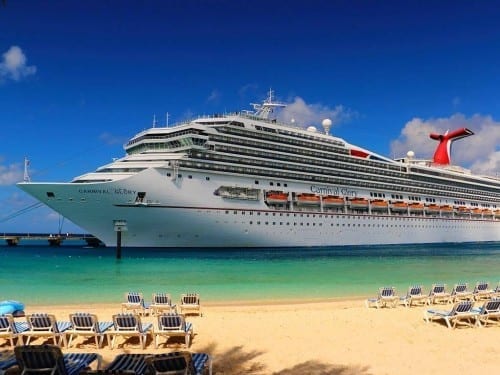