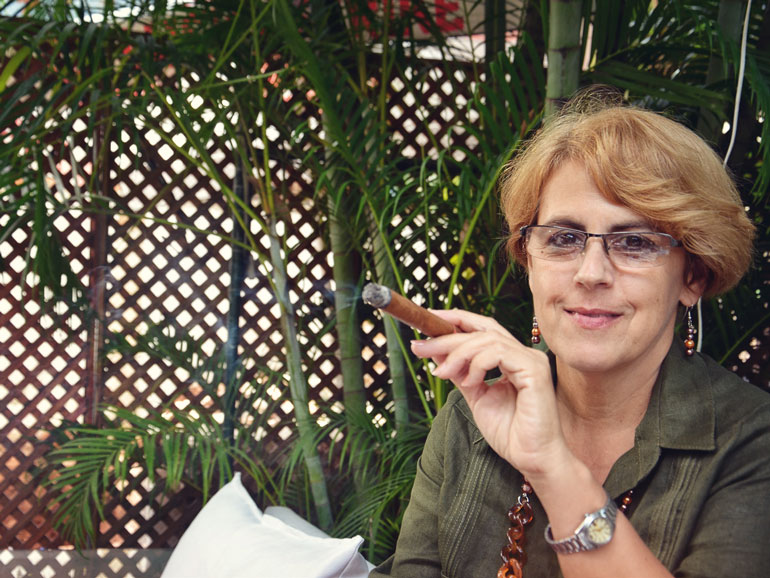 Rum has been produced in Cuba for over 150 years and the tradition of the “Maestros del Ron cubano” (Masters of Rum) has existed for just as long. Until now, only men have been working in this world of spirits, looking after it and carrying on its secrets. With Salomé Alemán Carriazo a new era has begun. She is the first woman to be named Maestra del Ron cubano and thus the eighth in the group of rum masters. Cigar Journal met the chemical engineer and passionate cigar smoker in Havana.

How did you become interested in rum?
SALOMÉ ALEMÁN CARRIAZO: After I graduated, I started working as a chemical engineer in the rum distillery of Santa Cruz. The more I learned about the process of rum production the more I fell in love with the entire process. My approach at first was purely technical, but little by little I got involved in other areas besides the technical side of production. 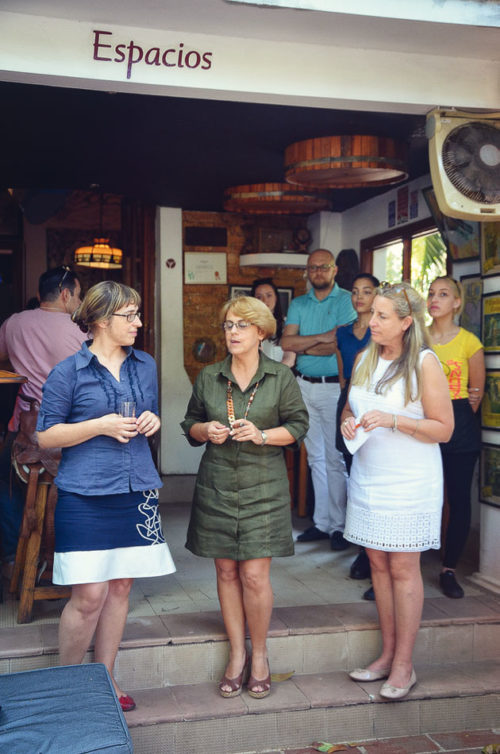 What were the individual steps that you went through during your training to become a Master of Rum?
There is a training process from which you are selected as an aspiring master. For this selection, previous professional preparation is taken into account such as: Are you educated in the process of rum production? Personal characteristics such as discipline, commitment and modesty, among others. The preparation process is long, not everyone who makes the transition can become masters. You get there through the approval criteria of the other masters after having demonstrated a range of skills that compliment the technical training. Among those is an evaluation of the senses. I am part of the team at the factory who evaluates the senses. Here we learn, as long as we have the skills to do so, to evaluate the rums based on the search for defects from a sensorial pattern that we recorded in our memory when we familiarize ourselves with the product. This allows a greater control of the quality and stability of the products that we produce during all its stages.

What does one then do as a Master of Rum?
You invest yourself personally in the history, the tradition and the culture of Cuban rum. The master has to pay attention to these values, nurture them and together with the technical knowledge, pass them on to the next generation. You have to have this dedication – and in an uncompromising way.

What are your personal standards when it comes to your work?
I would like to strengthen the tradition and culture surrounding Cuban rum and make sure that these values are preserved. Apart from that, I want to make sure that the aging cellars are well stocked, because these are our treasures for all future rum products.

You are the first woman to become a Maestra del Ron cubano. Do you think that this was a breakthrough and that other women will follow?
Yes, there will be other Maestras, for sure. At the moment there are four aspirants who are all at different levels.

As a Maestra del Ron cubano, you’re above men in the hierarchy. Is that a problem?
Before engaging in technical work at the factory, I held managerial responsibilities in which I had several male subordinates; it’s never been a problem. When you show what you can do through your competence, you will also be respected in your position – in a very natural way.

Does a woman have a different approach to taste than a man?
I don’t think so. Perhaps we have slightly different characteristics in sense of taste – purely biologically, and maybe as women we are more sensitive. But, generally, there are no significant differences.

Please give our readers your personal pairing favorite: which cigar with which rum?
Up to now, my favorite is the Havana Club Selección de Maestros combined with a Partagás Serie P No. 2. Both products are so wonderfully aromatic!