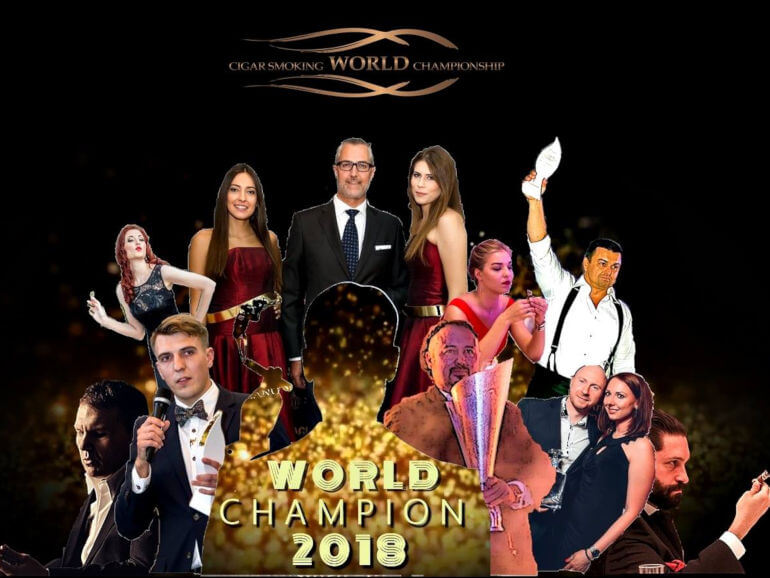 The cigar community is eagerly awaiting what is now the ninth Cigar Smoking World Championship, to which in a few days more international guests than ever will travel to Croatia to compete in slow cigar smoking.

This year, competition fever was going around the world. Qualification tournaments were held in more countries than ever before. In the Dominican Republic, Thailand, Vietnam, Canada, as well as numerous cities in the United States contestants competed under the watchful eyes of the referees and puffed on the contest cigars for as long as possible.

From the US, where the championship is growing in popularity, this year numerous participants are expected at the finals. The qualification tournaments took place in Los Angeles, New Orleans, Miami, Nashville, Chicago, St. Louis as well as in New York. The US champion was the New Yorker Alex Lerian, who smoked the Macanudo, Mareva-format cigar for two hours and one minute.
But even with this impressive time, he is still well behind the number 20 in the official ranking list of the CSWC, which currently concludes with 2 hours and 12 minutes. With the championship’s increasing popularity around the globe, competition to get onto the listings is stiff. In addition, the world record has fallen twice this year – and the grand finale is yet to come.

The 2018 season has probably been the most exciting to date. The Russian Oleg Pedan broke the world record in slow smoking at La Gran Fumada in St. Petersburg with an incredible smoking time of 3 hours, 14 minutes and 36 seconds. This put him eight minutes ahead of Alexander Shagai’s previous record. 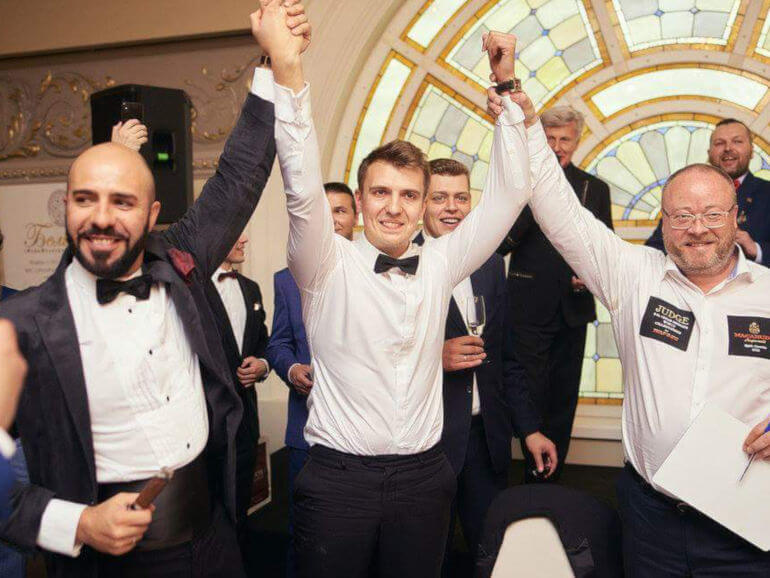 “When Oleg set the new world record we all thought: That’s it! This record is unattainable. But then Darren Cioffi, a legend in slow smoking, dethroned the previous world record holder again – with a full 10 minutes ahead!” said Marco Bilic, founder and organizer of the international championship.

Probably the biggest surprise of the season came from Germany, where the championship novice Hauke Walter catapulted to fifth place in the world rankings with almost three hours. “It should be noted that Hauke prepared and trained for several weeks in advance to achieve such an exceptional result. So this incredible achievement had nothing to do with chance or luck,” Bilic said.

Known Faces at the Grand Finale

Bilic is of the opinion, that due to the large number of qualifying tournaments this year and the already fallen records, the 2018 championship promises to be the most exciting yet. Participants are taking the competition seriously and are training and competing more than ever.

For the finale on September 1, many of the already well-known names will be competing against each other, including the Pole Tomasz Zolodkievich, who was the first to set the magical three-hour mark, and Alexander Shagai, the reigning world champion in slow smoking. Looking at the surprising success of the German debutante Hauke Walter, however, suggests that the big names of the competition have to expect serious competition. 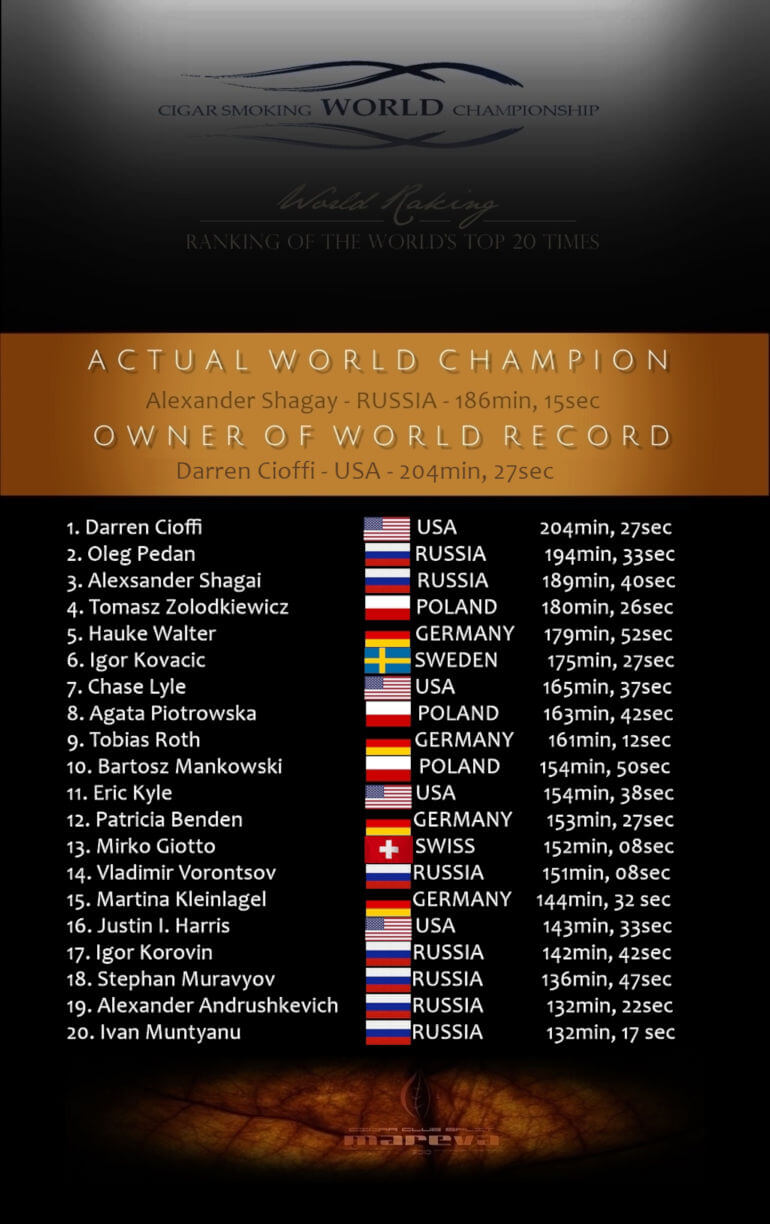