There has also been an enormous increase in the export of machine-made cigars in the last couple of years. “In 2010, the Dominican Republic exported 950 million of those,” Kelner explains. “In 2011, that number rose to 1.45 billion. In 2012 it was 2.25 billion, and last year the country exported 3.2 billion sticks worldwide.”

“Nicaraguan cigars are hot in the US, but Dominican cigars remain number one,” Hans-Kristian Hoejsgaard, CEO of Davidoff, adds. “In Europe there is still a match between Dominican and Cuban cigars, but we gained eight points of share there, mostly due to the crisis in Spain, which is a core market for Cuban cigars.”

220 million premium cigars will be produced in the Dominican Republic in 2014.

One of the main reasons for the Dominican success is the concentration of cigarrelated business in the city of Santiago, according to Hendrik Kelner. “There’s a big cluster here, and as a cigar producer you will find all you need. You have people manufacturing boxes, machines, parts; you have machine operators, factories, greenhouses, high tech fertilizer companies, and there’s a lot of business with the US since it’s so close. You also don’t have to import tobacco from other countries, so this is where it’s all happening.”

All in all, there are between 40 and 60 factories in the Dominican Republic, and about 120,000 people work directly with cigars, so the impact on the country is evident. “It’s a big source of employment and I’m not sure how much the government gets, but we export cigars for about 500 million dollars each year,” Guillermo León, CEO of La Aurora explains.

And Manuel Quesada, CEO of Matasa, points out, “It’s also estimated that for each person directly involved with cigars there are three more, indirectly working for the industry, like in transportation.”

In addition, the industry has another indirect and important effect, according to Litto Gómez, CEO of La Flor Dominicana. “Thousands of people come here just for cigars. They know the Dominican Republic because of the cigars. They might come again and discover everything else the country has to offer. Cigars quicken the tourism industry. Unfortunately, politicians do not understand the impact of the cigar industry to the economy of the country and they make it difficult for us. They should facilitate us instead.” 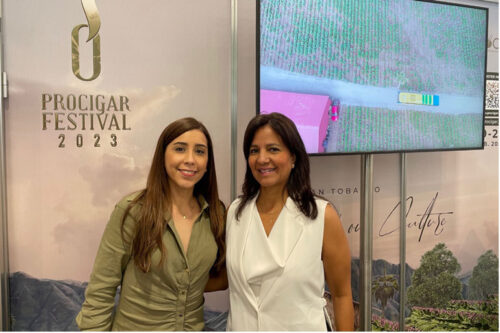