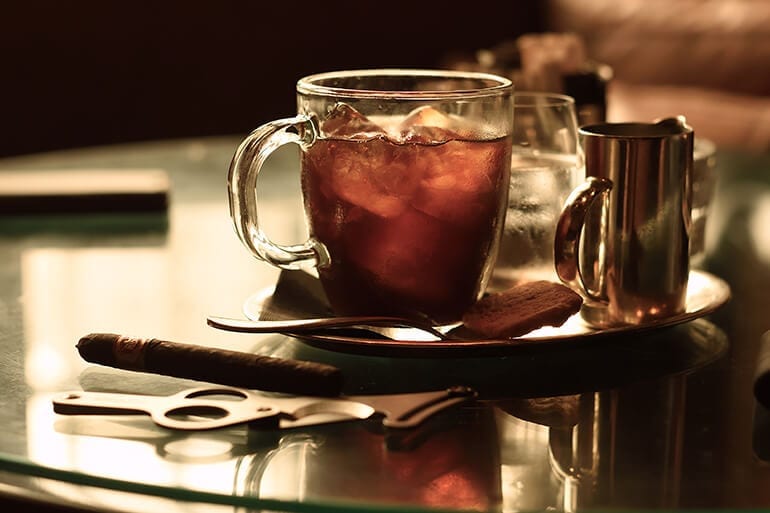 On of the most relaxing places at Vienna’s main train station – the tobacconist Wasinger | Photo: Roland Pohl

The world has very wonderful places to offer, and among them are the illustrious metropolises of this earth. We dream of a coffee in Rome, the canals of Venice, the artists and the creativity of Berlin; we walk the golden streets of Prague deep in thought, buy fashionable clothes in Milan, dance through the rain in London, and fall in love in Paris. In all of these places, there’s a lot to see and experience, and everywhere in the world we find places in which we can enjoy a cigar. And yet: Vienna is different!  Vienna, once the center of Europe and the Danube monarchy, is today merely the capital of the small country of Austria. The city breathes former greatness, and it’s precisely this “former” that makes this place so distinctive, just like the Viennese are unique in their way of life. Those who come to Vienna for the first time are overwhelmed by the architecture, the imperial flair, an almost infinite number of museums and coffee houses, as well as small lanes that invite you to stroll and linger. However, if you come to Vienna as a cigar smoker, you should first find out where there are places that you can indulge your passion, because the Viennese world of the cigar is just like the city itself: unique. We set out on a short journey into the heart of the city, where cigar smokers have created their own microcosms in which enjoyment is celebrated.  Compared with other European countries, smoking is still allowed in Austria within the catering industry. The stress here lies on the still, because, just like in the rest of Europe, a general ban on smoking is only a question of time, albeit unfortunately threateningly close.* Outside, in the outdoor dining areas, you can smoke to your heart’s content and you’ll be surprised at how many restaurants have a cigar ashtray at hand. There is a state monopoly on the sale and import of tobacco products. Cigars can only be bought at official outlets, which are called “Trafiks” [tobacconists] in Austria. But you can buy things other than tobacco products here, like newspapers, magazines, and stationary in some places. To purchase a cigar, more often than not, you have to go to the back of the shop. The basic idea behind the state monopoly is actually a very social one.

During the monarchy, the state wanted to guarantee the wardisabled a secure income, so tobacconists’ licenses were awarded exclusively to people who were physically impaired through the war. Vienna has many tobacconists, and among these there are especially many who have a love for tobacco products. In most cases, you’ll usually come across a tobacconist at transport hubs.  Vienna is famous for its coziness, so it’s therefore not surprising that probably the city’s nicest cigar lounge is called a living room. The Living Room is the in-house cigar lounge of the Park Hyatt Vienna. Just entering the hotel is an experience in itself. At the door, you’re greeted by a man in livery. To access the lounge, keep to the right, go up a few steps and along a wooden-paneled corridor. When you’re standing in front of a painting of Emperor Franz Joseph I, you’ve reached your goal. The Living Room is one of those places where you can forget the world. Although it’s located in one of the city’s most well-known point is also the cigar lounge in the Palais Hansen Kempinski. The atmosphere here is a little cooler, but you can enjoy your cigars here accordingly well. The former courtyard – today of course covered – is a perfectly adapted highlight of architecture.

*As of the editorial deadline, August 2019: Following the premature disintegration of the ÖVP-FPÖ coalition in May 2019, the originally planned general smoking ban (amendment to the National Council from 2015, the new government in 2017 and prevention of the amendment) should now be implemented. At the beginning of July 2019, the National Council finally decided that the smoking ban, which originally came into force on May 1, 2018, will take effect as of November 1, 2019.

Vienna offers a wide range of bars and among them there are pearls of serenity. One of the oldest cigar bars in the city is certainly the Planter’s Club in Zelinkagasse in the 1st district. This establishment not only offers said bar, but also a really first-class restaurant, the offering of which makes the hearts of many gourmets beat faster. The outdoor dining area in front of the place is also wonderfully designed. The highlight is, however, definitely the bar. Upon entering, you first have to get used to the lack of light, which your eyes get used to over time, and soon the coziness sets in here, too. The bar staff is well trained, and extraordinary creations can be ordered here. During our visit, we are offered a cocktail from homemade ice tea with Pimm’s, a five-minute creation of the barkeeper and a divine “plonk,” as we have to admit in the course of the evening. Planter’s Club is one of Vienna’s nicest places, if you want to leave the bright lights of the city behind and discover a classic American bar with Viennese charm.  As in other major European cities, Vienna also has up-and-coming bars that are dedicated to the philosophy and art of mixology. It’s a young, experiment-happy generation of barkeepers, men and women, who are stirring up the scene here. A prime example of innovation is the Josef Cocktail Bar in Sterngasse, also in the 1st district. Here, they offer very special creations. Lately, a drink has caused a sensation among Vienna’s cigar friends, the Winston-Clementine. The name obviously refers to one of the greatest cigar smokers of all time, and his wife: Winston and Clementine Churchill. This grandiose creationby Philipp M. Ernst is made with Glenfiddich IPA, Stin Sloe gin, Mozart liqueur (an Austrian chocolate liqueur), and coffee bitters and a roasted slice of strawberry. This cocktail was created especially as a cigar accompaniment and presented to a wide audience at the Grand Cigar 2019 event – Austria’s own Big Smoke. It is, of course, served on hand-cut ice. The Josef Cocktail Bar offers excellent service for the lover of innovative creations that send the palate on a special journey. Since June, the wineBANK also offers a cigar lounge. The concept is a private wine club. Here, you rent a wine compartment and, around the clock, seven days a week, you have access to a wonderfully stylish cigar lounge and also the perfectly conditioned place to properly accommodate your wines. A special hot spot of the Viennese cigar welt is Vienna’s Art and Business Circle, whose heavenly rooms are, in principle, for members. But there are plenty of events throughout the year for which the club makes its premises accessible. The operators of the club are extremely committed and promote the cigar, where possible.

Vienna is a wonderful city. Whether you live here or are just visiting, there’s a great deal to discover. Friends of the cigar get their money’s worth here, even if some places are somewhat hidden and off the beaten track. You open a door, find yourself in a dream that conjures up the sounds and smells of bygone days. Vienna is like any other city, yet still always a bit different.  A list to download the best Viennese cigar shops, additional cigar-friendly bars and hotels, can be found here. 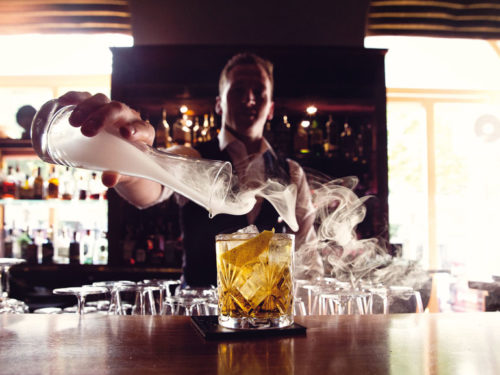 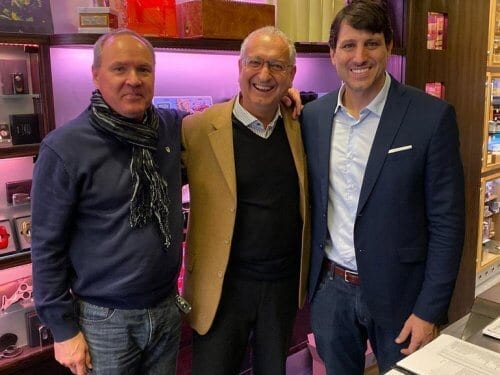 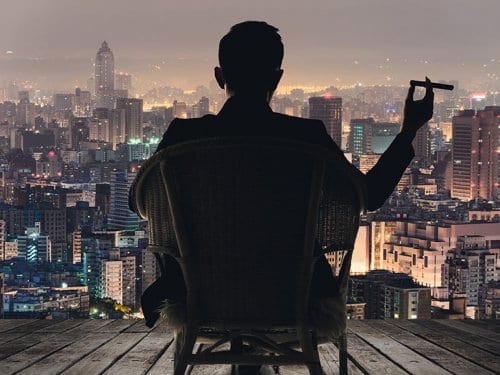 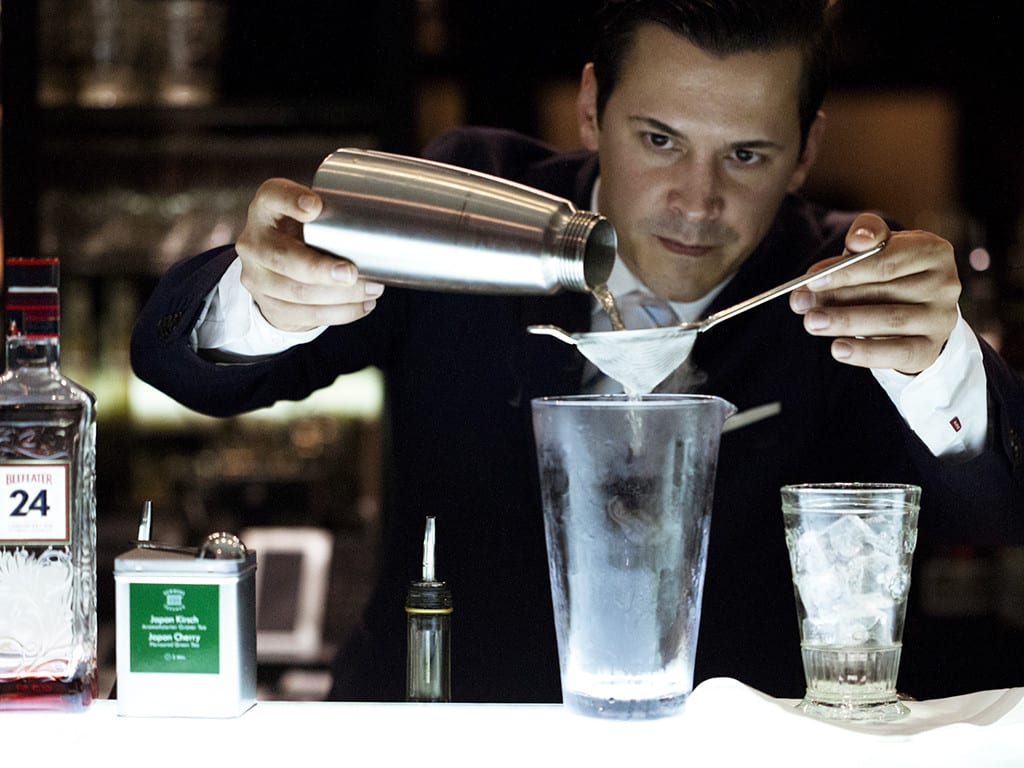