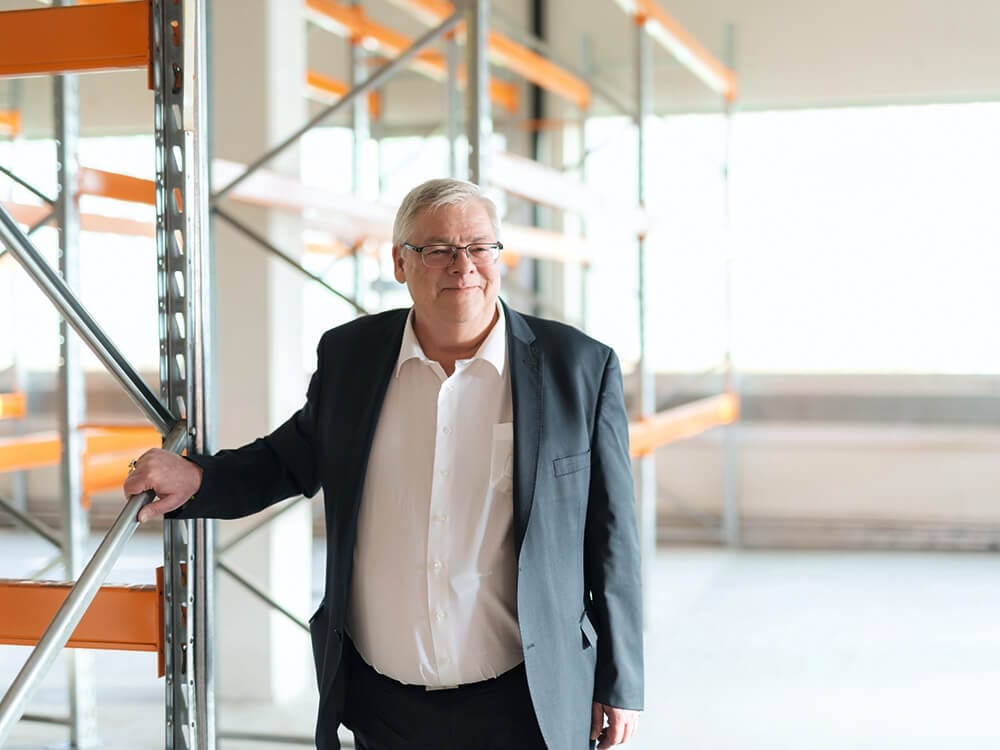 When Peter Rohner was born on September 23 1960, his path into the tobacco industry had not yet been sealed, but a presentiment had been laid. A few weeks after his birth, his father Robert and mother Heidi Rohner set about opening and building up their own independent tobacco shop in Rheineck. The industry was already highly competitive and correspondingly tough. Even as a child, Peter was a good helper in the business and his affinity for the business was already evident.

After a bank apprenticeship and a year-long job at the Brissago cigar factory, he joined his parents’ business in 1979 at the young age of 19. With unparalleled perseverance he acquired new customers, expanded the network of cigarette vending machines impressively to around 200 locations and introduced computer-assisted goods and financial accounting, which was a novelty and rather revolutionary for such a small company as his father’s business was at that time.

When his father, Robert Rohner, was torn from his busy life by a serious illness in 1981, the young specialist Peter took over his father’s business. He threw himself into his work with endurance and enthusiasm. The first years were rocky and marked by many setbacks, the commitment was so great that there was no room for other interests or for any leisure time.

Although the tobacco industry was increasingly restricted and disrupted by regulations and duties, Peter Rohner continued to expand his business. In 1987 he took a giant step forward and acquired the traditional company ‘Wellauer & Co. AG’ in St. Gallen. From then on, customers were supplied under the name ‘Wellauer’ and the company shifted its focus away from the predominant ‘cigarette wholesale’ to more specialised products such as tobacco, pipes and cigars. In addition to the traditional two specialty shops ‘Marktplatz’ and ‘St. Leonhard’ in St. Gallen, three more were added in Buchs, Olten and Zurich.

In 2002 the company moved from Walenbüchelstreet in St. Gallen to Buchs in the premises above the tobacco shop. With great dedication and together with his committed and proven employees, Peter Rohner put all his energy into the good of the company. In the meantime, the original one-man business with one employee had grown into a company with over 30 employees. Peter Rohner was particularly aware of his social responsibility towards his employees — their well-being and, above all, their social security was always of great concern to him.

When it became more and more obvious that the premises in Buchs were no longer sufficient for the further growth of the company, another solution was sought and found. The former ‘Schrubi’ (a swiss nickname für the local srew factory – a respectable commercial building with correspondingly ideal premises), was acquired in Rheineck on Thalerstrasse. Thus the circle closed and the prospering company found its way back to its roots. The tight space conditions were resolved and the move to Rheineck enabled a healthy further development of all business areas within the industry such as rolling tobacco, pipe tobacco, cigars, accessories etc. Peter Rohner was particularly proud of his own classic tobacco blends, which made the name ‘Wellauer’ famous throughout the world.

On July 2, 2020 at the Protestant Church in Rheineck and at the banquet following, his mother, his family, his friends, who were present in large numbers and especially his many business partners from all over the world, bid farewell to a great person. He was a man with a big heart. With his intrinsic values of social ideals toward all people, Peter Rohner took care of his mother Heidi since the death of his father 39 years ago – and in their time of need, also of his siblings.

His great knowledge, outstanding abilities and strict determination in both human and professional terms were very impressive. The tobacco business was not only an activity for him, but a true vocation. With human warmth, comprehensive expertise, discipline, conscious determination and, if necessary, a good pinch of stubbornness, he and his team led the business through all weathers to the great success of today. Fredi Kellenberger, one of his closest friends, once said: “Out of 100 people who intended to run this business, at most 3 would have managed to survive. Of these three, Peter Rohner is the one who not only managed to survive, but to succeed!”

Peter Rohner embodied the caring principles and the necessary entrepreneurial flair of a true patron, a patron for the people and a shrewd patron for business, a category of entrepreneurs that is unfortunately becoming increasingly rare nowadays.

Peter Rohner radiated wise joie de vivre, joy in intensive business life, joy in his circle of friends, joy in being at home, joy in caring, joy in well-being and last but not least, joy in beautiful things, music, beautiful living and comfortable travel.

Recently — suddenly and completely unexpectedly — he lost a lot of weight within a few days. He was visibly tired. His stance with his usual statement: “It will all be fine!” unfortunately did not prove to be true anymore. Despite medical assistance, he died in his bed at home on Hellbüchel Lutzenberg on Thursday, June 18, 2020.

He leaves a large gap in all areas, which is difficult to fill. We will all miss Peter Rohner dearly.