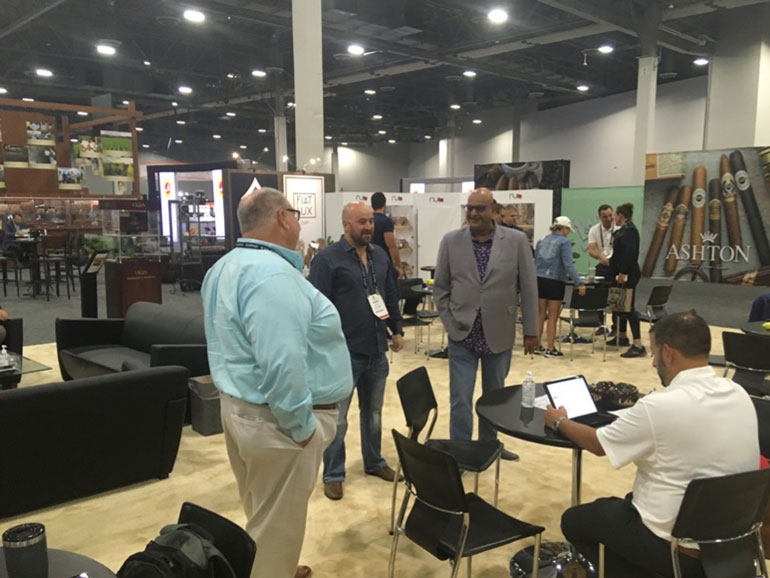 The Premium Cigar Association wrapped up its annual trade show with a half day on Tuesday July 13.  So far there are no official attendance numbers, but unofficially there were about 500 retailers representing about 1700 stores. In the grand scheme of things that is not tremendously important.  What is important is the volume of sales on the trade show floor.  By that criteria the show was a success.

As I reported earlier, the show floor is between a half and a third of years past.  Without the big four (Altadis, General, Davidoff and Swisher/Drew Estate) that saved a lot of room.  But without the massive booths, it may have made for better selling opportunities.  Based on my observations and conversations with the cigar companies, in the past, retailers would come in and see the big companies, spending hours to cover all the products they sold and then blow their budgets before having the chance to really walk the floor and see other cigar makers.  Another thing that helped shrink the total floor space is that many of the companies reduced their footprints to become more efficient.  They did not have to compete with things like a sprawling, two story Drew Estate booth.  This year many vendors reported huge sales numbers.

Steve Saka from Dunbarton Tobacco and Trust said the first day was his biggest ever and the sales continued throughout the convention.  Vlada Stojanov of Casdagli Cigars on Sunday said he was basically sold out of all his current production. The story was the same throughout the floor.

Alvaro Villatoro who runs sales for Oscar Valladeres said the current production of their new McFly cigar is gone.  They will be making more obviously but those who were not at the show to order won’t be getting them anytime soon.  Alvaro told me that in years past, stores would order one or two boxes of a size or blend and while the overall numbers of stores was not huge, the size of their orders was, with stores buying 20, 30 and 40 boxes.  Liana Fuente of Fuente agrees saying this year it was quality sales versus quantity. The retailers bought deep.

Gurkha, JRE and Oliva had similar experiences with fewer customers but much better numbers in terms of orders.

SAGA said its sales in the first day alone blew past the previous full convention in 2019.  Liana Fuente says this year it was quality sales versus quantity.

It was the same story at Rocky Patel, where there was the Aged Limited and Rare edition 2 that was only available to show attendees.  Rocky also introduced a new White Label which is a new Connecticut that the company has been working on for about 10 years and created excitement among those who sampled it.  It comes in four sizes and will ship in October.  Rocky’s 60th birthday cigar was also made available in 3 sizes and Disciple is a new full-bodied cigar in four sizes.

Padrón debuted their new family reserve in a 60 ring gauge. And Plasencia debuted their new Cosecha 149 in addition to the existing Cosecha 146.  Cosecha means harvest and the numbers represent the years of harvest. The 149 comes in three sizes and is about a dollar more than the 146.

By noon, the floor was pretty much deserted except for the vendors visiting each other.  By 1pm the breakdown began.  Many of the cigar makers left a little early to catch flights to Miami….unfortunately their flight experienced a 3-hour delay causing them to hang out in the Centurion Lounge while they hope to before finally departing.  The same thing happened to the Dallas flight, about 3 hours late. 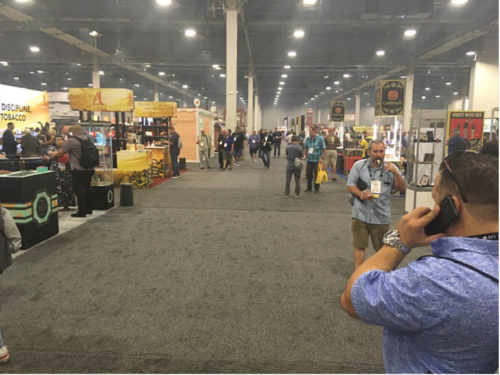 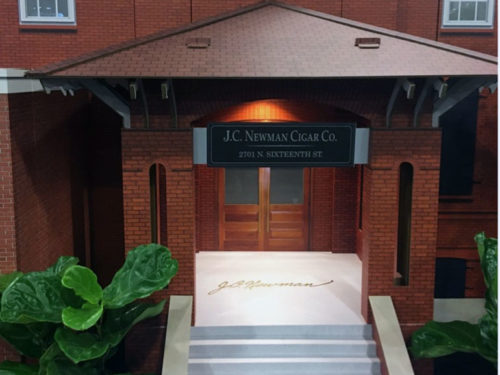