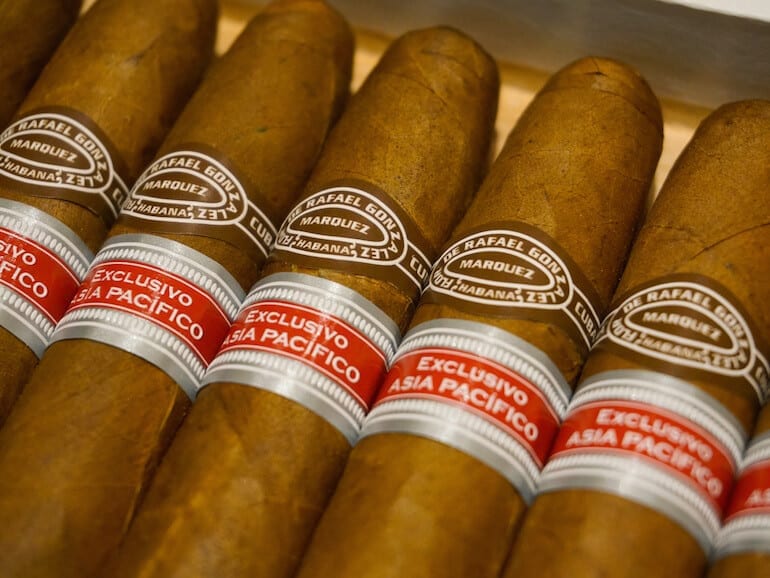 The number 8 is auspicious in Asia, however the Asia Pacific’s latest Regional Edition Cuban cigar, the Rafael González 88, was also named to commemorate the 88th anniversary of the marca. 8,888 boxes of 10 were made, which has increased demand for special numbered boxes across the region. A Britanicas Extra, the 88 measures 48 ring gauge by 5.4 inches in a perfecto shape. Interestingly, the perfecto shape hasn’t been used as an Asia Pacific Regional Edition since 2009, when the region welcomed the Ramon Allones Celestiales Finos.

Initial tasting reveals the 88 to have a very smoky aroma, with roasted meat, cedar, and oak notes. There wasn’t a lot of pepper or spice to be had until the middle third, when some subtle dried flower aromas kick im.

The Rafael González 88 complements the two previous years’ very popular releases; the Diplomaticos Bushido (2014) and the La Gloria Cubana Revolution (2015). Like other regional distributors, Asia-Pacific’s official Cuban cigar distributor Pacific Cigar Company initiates the region’s annual project, determining the brand to be focused on. Norio Hattori, Pacific Cigar Company’s Regional Marketing Director, notes selecting a brand they have not used for a Regional Edition before is a challenge, with Habanos history and local market preferences helping to determine the project.

The Bushido honoured samurai Tsunenaga Hasekura – the first Japanese Ambassador to The Vatican. On his way to the Vatican, he stopped in Havana where there is still a statue of the samurai, surrounded by stones from his home town’s Sendai Castle in Old Havana. “The Bushido’s 109 size was a first for our market and this Regional Edition was, and still is, very successful,” said Hattori. In Tokyo, La Casa Del Habano Cigar Club’s Habanos Academia Master Trainer Yutaka Kobayashi echoes Hattori’s assertion of the popularity of the Bushido, telling me on a visit to Japan late last year that he still receives international enquiries about the cigar. “The Bushido is considered ‘Japan’s cigar’ due to the story behind it, and it is still highly sought after.” Dried flowers, lavender, cedar and even some citrus zing make this a very popular cigar and one that is increasingly hard to find. The La Gloria Cubana Revolution is a Montesco sized cigar (55 ring gauge x 5.1 inches) which commences with intense white pepper before delivering a nice balance of pepper, coffee, almond, and cedar aromas. 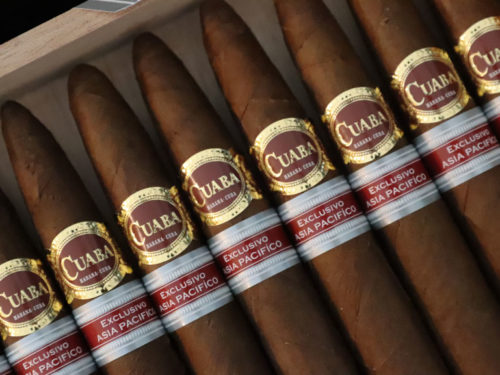