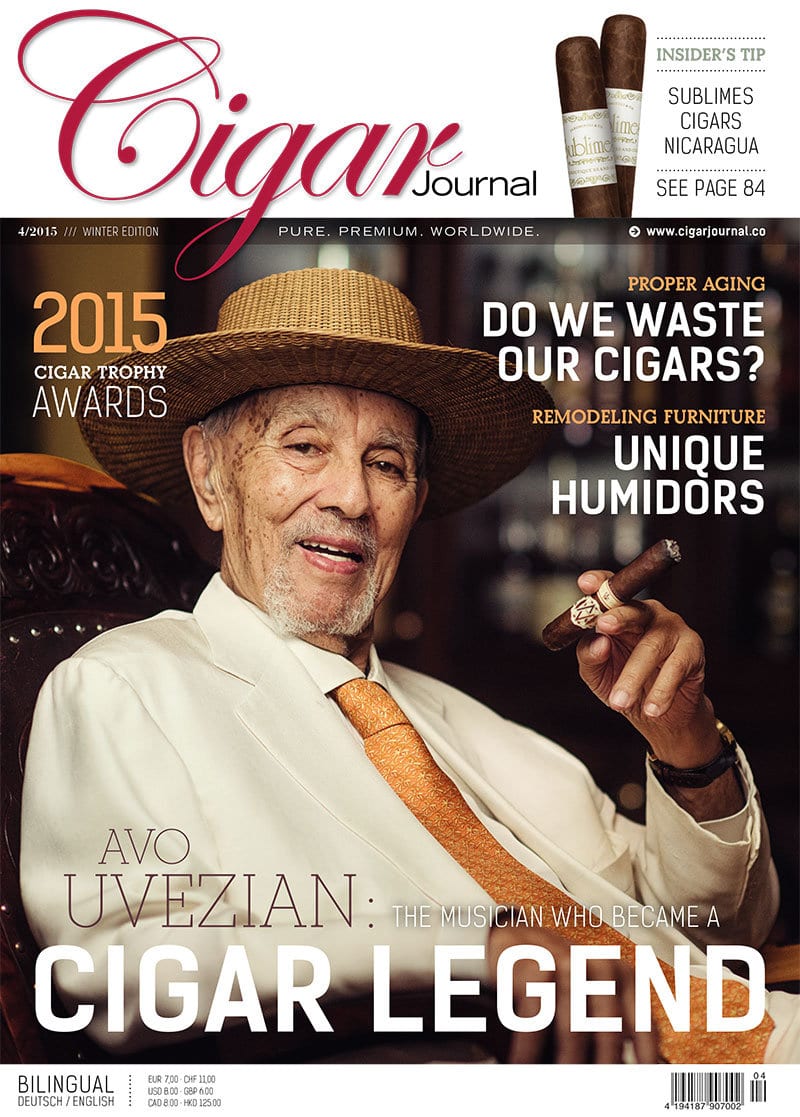 For our winter issue 2015 we spoke with Avo Uvezian, who is considered a living legend of the cigar industry. At almost 90 years of age, the musician and cigar manufacturer enjoys a life in which music, languages and travel are connected through the cigar. He spoke to us about his turbulent years, the start of his own cigar brand, and about how working with Davidoff and Hendrik Kelner fundamentally influenced his life.

Simon Lundh accompanied Felipe Lopes Meza, administrator of the Turrent family’s tobacco fields for almost 30 years, who told our author more about his daily work and processes. Humidor expert Marc André explains how to turn old pieces of furniture and musical instruments into customized humidors. With Rocky Patel we spoke about the newly founded lobby group Cigar Rights of Europe and the fight for the rights of smokers. Nick Hammond writes about the possibility that we may be ruining our sense of taste by smoking cigars when they are too young.

In addition, in our tastings of the current edition you’ll read about the ratings of 70 cigars that we blind tasted for you. The highlight of the tastings was Padrón’s 50 Years cigar from the jubilee humidor that was awarded 95 points.

The following is an overview of the contents of the 4/2015 edition.