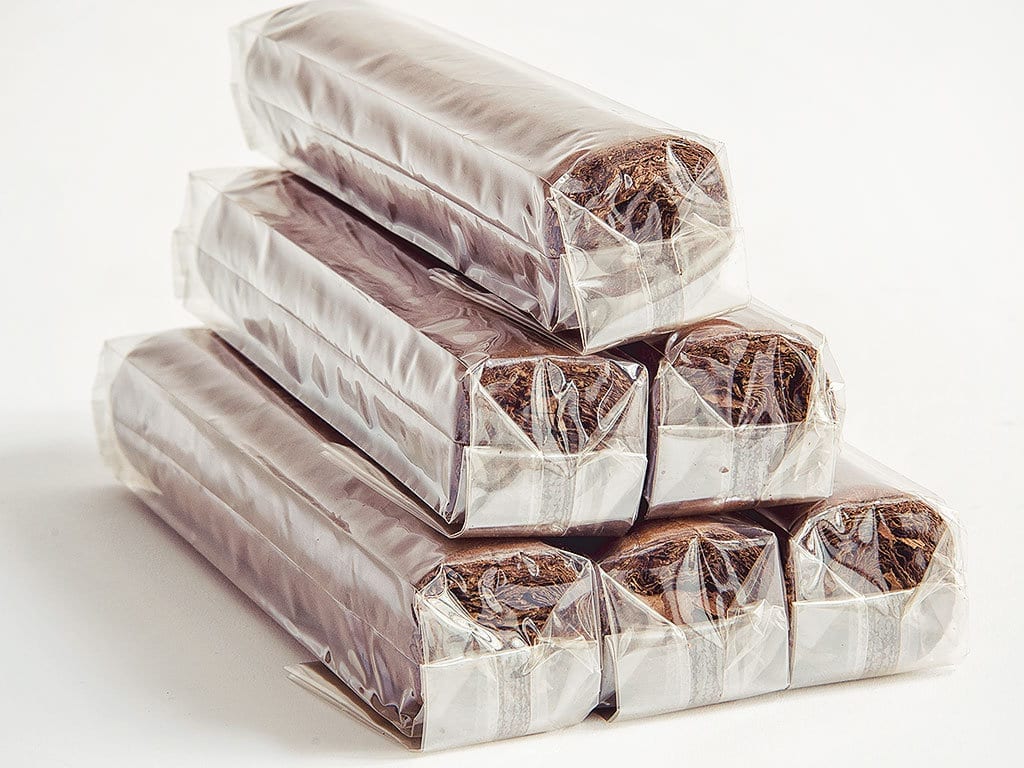 Anyone who smokes cigars is well acquainted with the good old cellophane wrapper. Except for Cuban cigars, which haven’t been packaged in cellophane since 1992, the majority of today’s cigars are bundled in this see-through packaging material. But what exactly is cellophane, and why is it so popular?

Since it is not petroleum-based, but rather comes from cellulose, cellophane is not considered a plastic. Cellulose film – or, more precisely, cellulose hydrate – is produced from renewable resources like wood or hemp through a series of chemical processes, and as long as it is not further processed or treated, is fully biodegradable and compostable. The brand name “cellophane” (a combination of the words “cellulose” and “diaphane,” meaning “transparent cellulose”) refers to the material’s singular qualities.

Developed in the 1910s by Swiss chemist Jacques Brandenberger, the pioneering synthetic’s food-safe qualities and transparency earned it great popularity as packaging for candy and tobacco products. In 1927, the first cigars were packaged in cellophane in Tampa, Florida, and other cigar countries soon followed suit – including, in 1934, Cuba, where until the 1990s the majority of hand-rolled cigars were packaged in the material. While cellophane today has somewhat fallen out of favor due to its relatively high production cost and the availability of mineral oil-based synthetics, its qualities keep it the first and best choice for cigar packaging. 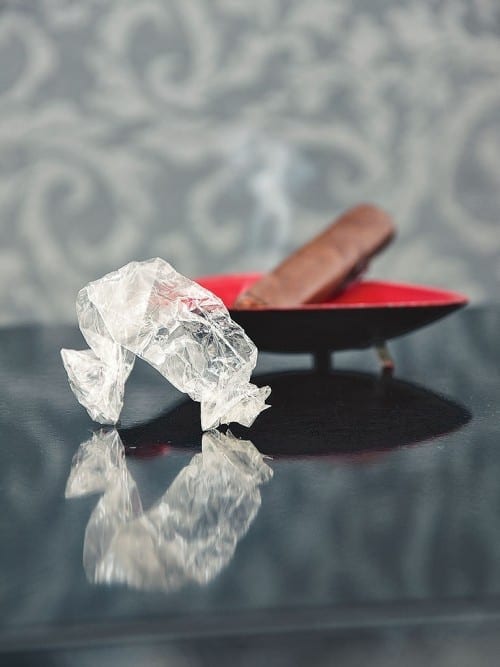 In its untreated form, cellulose film is waterproof, but semi-permeable, allowing water vapor to pass through. It generates a kind of microclimate for individual cigars, allowing them to breathe and to age – a benefit that petroleum-based plastics can’t offer. Cellophane-wrapped cigars age more slowly than unwrapped cigars; particularly old cigars (older than 15-20 years) that have been stored in cellophane taste better than those that have been aged without packaging. Bearing this in mind, it’s up to the passionado to decide whether or not to store and/or age cigars in their cellophane packaging.

In principle, cellophane also protects cigars from climate fluctuations. Even though dried-out cigars that have been wrapped in cellulose film rehydrate considerably more slowly than those that have not, cellophane-wrapped cigars do not dehydrate as quickly when left unprotected in a room or humidor that is too dry.

The main argument, though, for packaging cigars in cellophane wrappers is the physical protection they offer. When transporting cigars without protective cases or tubos, or purchasing them individually from tobacconists, cellophane packaging minimizes damage to wrappers and keeps things hygienic. Unlike aluminum foil, which was used in the US and on Cuba before cellophane was developed, cellophane packaging allows cigar buyers to inspect the cigar’s wrapper and construction before committing to a purchase.

In addition, individual packaging that can be affixed with bar codes and labels allows retailers to better manage their inventory, says César Gadea of Padrón Cigars. Like many premium cigar producers, Padrón manufactures its own cellophane wrappers out of prepared cellophane film. Factory workers carefully enfold the cigars by hand in cellophane packaging that has been produced on-site according to vitola. Machine-made cigars are packaged in cellophane during the automated production process.

Cellophane’s many unique and positive qualities make it almost unthinkable to use any other material to package premium cigars. Cigar producers can rest assured that their cigars are well-protected and will arrive to the consumer undamaged and fresh. Cellophane wrappers also offer passionados the option of aging their cigars to enjoy many years later. Not bad for an unremarkable “plastic” wrapper!