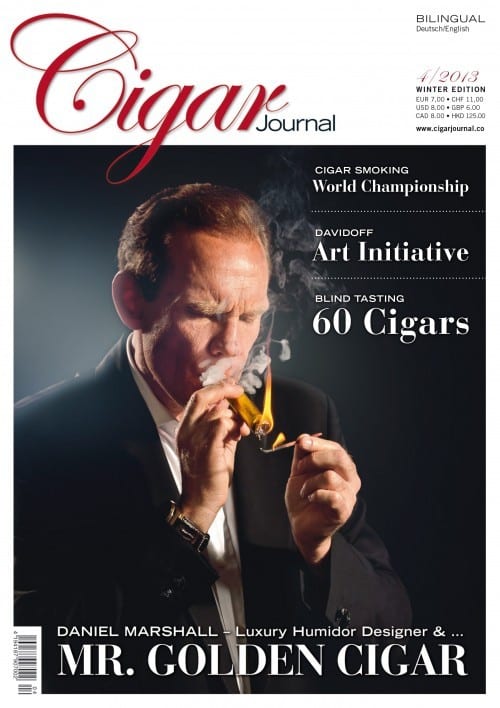 For the title story of the 2013 Winter issue of Cigar Journal, we met Daniel Marshall in Munich. The American humidor-maker tells about the early days of his passion and his rise to become a self-made man who has got as far as the world of Hollywood stars.

Other topics in the issue: In his “The Long View” column, Simon Chase examines why many a connoisseur is willing to spend up to $2000 on a cigar.

In Croatia, we took part in the Cigar Smoking World Championships, and investigated the cigar scene in Ibiza. Claudia Puszkar reports from the factory in which the first Montecristo brand cigars were rolled in 1934.

The following is an overview of the contents of the 4/2013 edition.