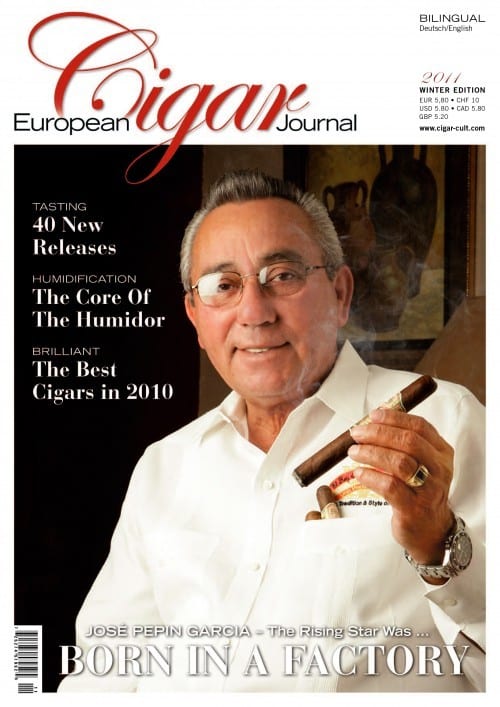 Having risen to become one of the most acknowledged premium cigar manufacturers in the world in only a few years, Pepin García’s story reads like the epitome of the American dream come true. We met the producer of the My Father cigars and spoke to him about his childhood in Cuba and his success in the cigar trade.

Sam Spurr reports from Asia, where the awakening cigar scene is young, wealthy and growing rapidly. For the 2010 winter edition, we also investigated cigar events that are being driven underground by legislation, and reflected on the meaning and nonsense of what are known as “taxes on sins”. In Cuba, we pursued the story of one of the long forgotten greats of the cigar world: Perdo Muria. And our investigation of tobacco tells you everything you need to know about corojo wrappers.

The following is an overview of the contents of the 4/2010 edition.