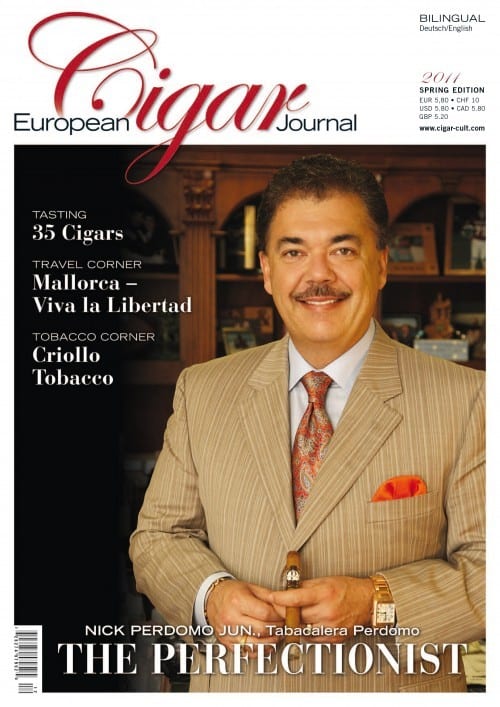 Nick Perdomo’s cigar factory in Nicaragua is one of the largest manufacturers in the country. The native Cuban has a reputation as a perfectionist and keeps every step of production, from the seeding to the rolling of cigars, in his own hands. Despite the huge effort at every stage of production, the cigars of the brand are amongst those with the best price-performance ratio. We visited personally the factory to see how things are.

In the light of many an extravagant cigar box, the question sometimes arises of what is more expensive, the cigars or the box. We examine whether and how the packing influences the sales price of cigars. In Tobacco Corner, Sebastian Zimmel explains the special features of Criollo tobacco, while humidor expert Marc André takes time to answer some of the most frequently asked questions about storing cigars. For the 2011 Spring edition , we tasted not only 35 cigars from seven countries but also Tuscany cigars and selected pipe tobaccos.

The following is an overview of the contents of the 1/2011 edition.