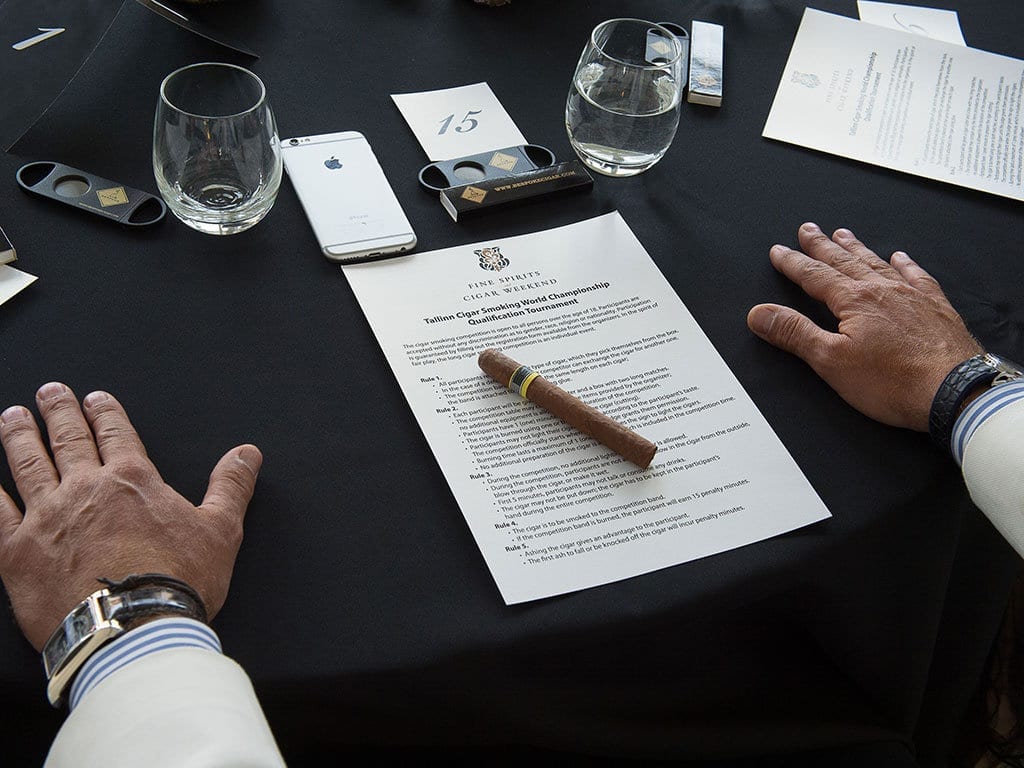 27 competitors took part in the qualifying round, including 22 men and 5 women. The tournament was won by cigar aficionado Oleg Padon from St Petersburg, who also qualifies for the World Championship taking place in Split, Croatia, in September this year. Esa Pernu took second place in a time of 1 hour 15 min, and third-placed Kaido Randalu recorded a time of 1 hour 12 min 55 sec, improving on his result last year by 13 min 55 sec. The best woman competitor was Evely Sohlu, who took 45 min 27 sec to smoke her cigar.

In addition to the podium prizes, two special awards were made. The prize for the longest ash went to Esa Pernu from Finland, and award for the most stylish smoking pose was won by Paavo Kangur, from Estonia.

The reigning world champion, Darren Cioffi, who also holds the world slow smoking record with a time of 2 h 27 min 27 sec, was eliminated this year after only 4 minutes.

“A competition is a competition, and luck was with those cigar smokers who decided to come and try for fun. There were also many surprises during the tense competition. The Tallinn Fine Spirits & Cigar Weekend is, however, an event in celebration of cigar culture, where people come together for good company and to enjoy the culture of the cigar world,” said Tullio Liblik, president of the Tallinn Fine Spirits & Cigar Weekend host organisation, the Tallinn Cigar Club.