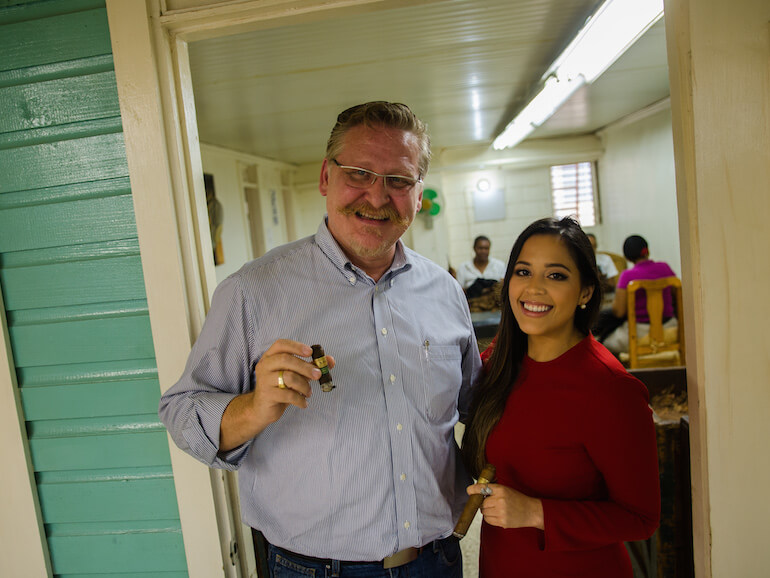 De Los Reyes is turning over a new leaf of their own personal saga. After the five elements, earth, wind, fire, water and passion it’s time for the sixth element of their Saga Short Tales line: el Tabaco.

“The Short Tales are each a different blend, and come with a book with a little story about it,” says Nirka Reyes, president of De Los Reyes Cigars. “In this era of information I think people want to know more about the cigar they’re smoking. We consider the sixth element to be tobacco because it’s the most important part in creating a cigar. We’ve been growing tobacco for six generations and we can have a lot of love and passion when we’re making cigars, but we also need the quality of the material.”

“An important part is the curing,” Jean Michel Louis brand ambassador for Saga, says. “In the Sort Tales we use San Andrés, which we bought raw and fermented it ourselves. That’s why we have such a dark, impeccable color.”

When describing the sixth element, the word sweet keeps coming up. “It has sweetness and creaminess with notes of dark chocolate, but not dull,” Reyes says. “You still get the spiciness, and it’s just yummy. I know it’s not very technical, but people can relate to yummy.”

“The fermentation of the San Andrés wrapper took away the bite in it,” Jean Michel Louis adds. “Ehen blending this cigar we were looking for sweetness, so we mixed different seeds, like Nicaraguan Habano and San Andrés, which have completely different sweetness to them.”

The Saga Short Tales Tomo VI was introduced at the Procigar festival in the Dominican Republic, and the actual launch will happen later this year. It will be available in both, the U.S. and Europe. 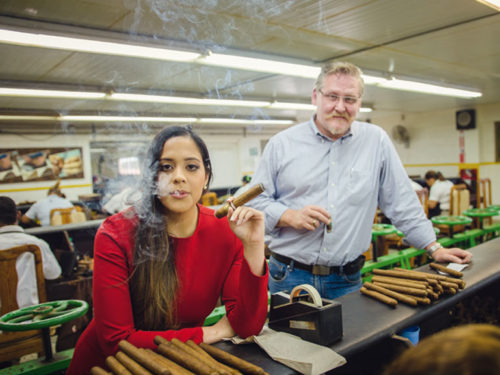