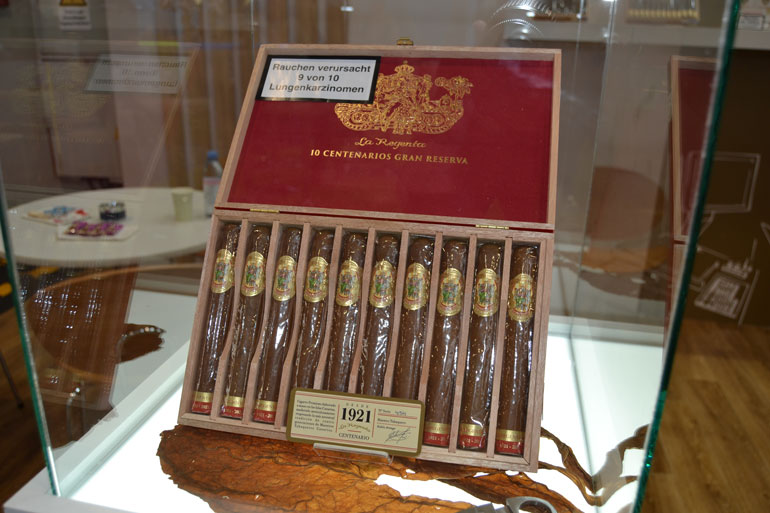 The company from the Canary Islands (Spain) Dos Santos presents a new series in the line of cigars that commemorates its centenary, La Regenta 1921.

In 2021, the ultimate great Canarian tobacco company, Dos Santos, celebrated its centenary and, although all the celebrations had to be canceled due to the COVID pandemic, at least they were able to commemorate the milestone with a total renovation of the image of their cigars. and with the releasement of a new line, La Regenta 1921, which has been hitting the markets throughout this year. This is what Gara Barreto and Javier Barreto, with the presence of the young but very true Canarian tobacco master, Rubén Arteaga, have presented at Intertabac 2022… Of course, with the promise that the party in Gran Canaria will be held soon.

Along with the 1921 line, also with 2008 Remedios tobacco, but with an extra leaf from Brazil, Dos Santos has presented its limited edition La Regenta Centenario Gran Reserva, in a 6 x 52 (152 x 52) bull format. , which celebrates 100 years of the company, in wooden boxes of 10 units.