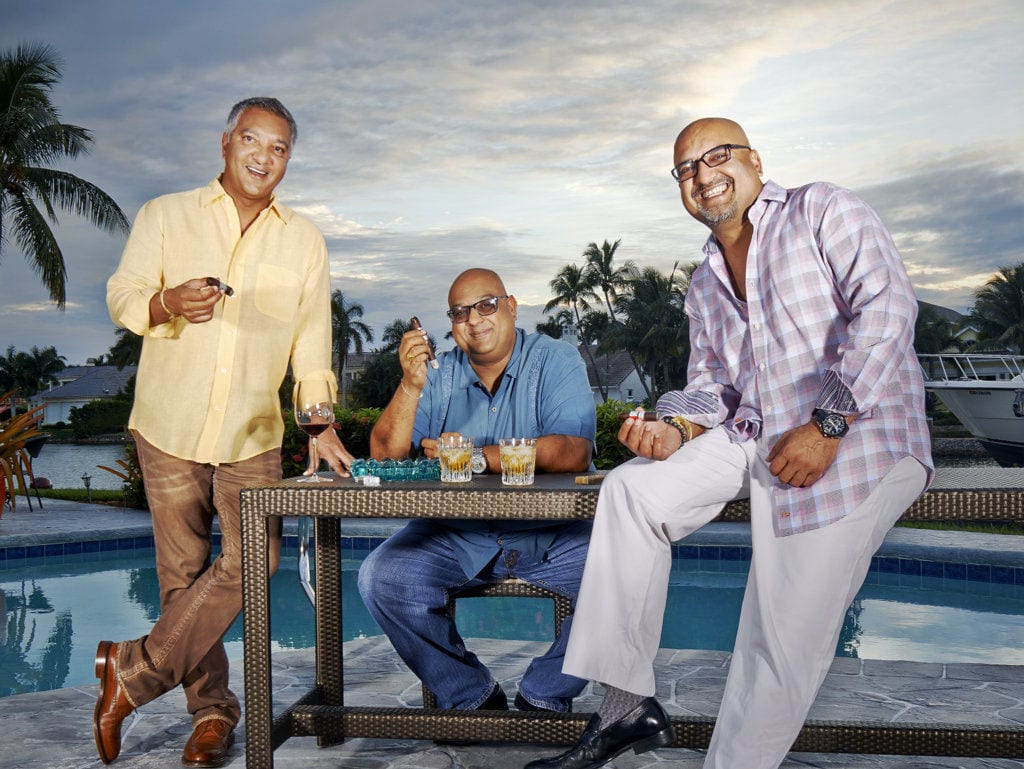 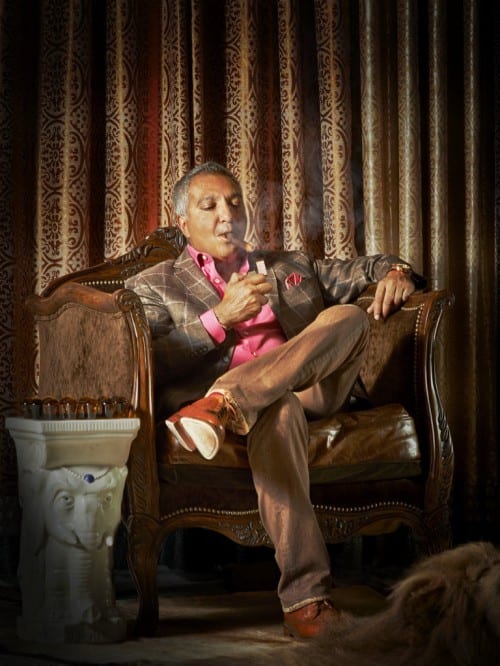 He has visited nearly all of the stores in the United States that carry his cigars. He painstakingly explained what made each new cigar unique. Indian Tabac to The Edge, the Vintage lines (1990, 1992, 2003) and, recently, the Decade, the Fifty, and more.

Each one served a unique purpose at the time. The market wanted strong cigars, or sweet cigars or something else unique. Over the decades, this is how Rocky Patel cigars have developed a broad portfolio. After spending the day explaining that this or that cigar is for Franklin, William or Stephanie, Patel takes the good customers and store owners out for drinks, or dinner.

Over the past ten years, Rocky has spent hundreds of nights out in hundreds of cities around the world. Well into the small hours of the morning, Rocky learned about his customers and became friends with them. He wants everyone to enjoy themselves.

At home in Naples, Florida, Rocky is like an ambassador for the city, with his linens and other fine clothes for hot weather. But, moreover, the city’s inclination is to live a tasteful and relaxed lifestyle. And Rocky’s passion for wine, spirits, food, boating, and lively entertainment make him one of the city’s icons.

Ultimately, my vision was to build a lifestyle company.

Rocky is rarely found without his brother, Nish Patel,when going out to Naples’ best restaurants and bars. Nimish Desai, their cousin is with them whenever he’s in town. Nimish is often busy at the factories where Rocky Patel cigars are made. This trio, Rocky, Nish and Nimish are not only the “cool kids” of Naples, they are the force behind the Rocky Patel Company going from a pillar in premium cigars to becoming a lifestyle brand with many product lines.

When Cigar Journal first spoke with Rocky for this story he was in India. That same day, Rocky had appeared in a photo and story on the front page of one of India’s biggest newspapers. In the past, Rocky has vacationed in India around the beginning of every new year. This year, his trip took on a different tone. The vacation has transformed into more of a business trip than a vacation. 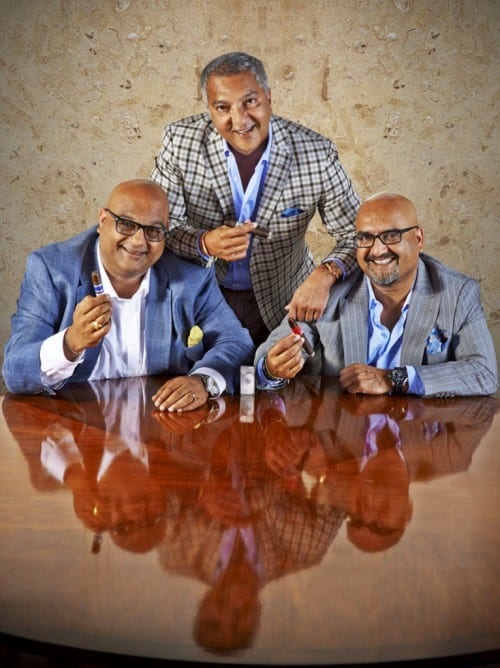 Our interview was slotted in between an interview and a cigar tasting with a group of Indian passionados. Rocky explains: “We are launching new cigars in India, Russia and Europe. I am looking at this from a much bigger perspective than just the United States. I think that we need to look at this [Rocky Patel Company] as more of a global product.” And that’s what he is doing. With his head of international sales, Christopher Mey, Rocky is leading a charge around the world.

To each market that is interested he is introducing his Central American cigars. But what’s different today compared with a few years ago is that, when Rocky visits a country like India, he doesn’t only talk about cigars. Rocky Patel Cigars has come a long way from its simple beginnings as Indian Tabac. According to Rocky, the company is now among the top five premium cigar brands in the United States of America, with sales of some 16 million cigars in 2013.

The company’s goal is to sell 18 million cigars in 2014. Near the beginning, Rocky Patel and Nestor Plasencia made a deal whereby Nestor would grow the tobacco and roll Rocky’s cigars. Since then, both companies have grown dramatically, and the arrangement still remains. The biggest selling cigars for Rocky Patel are made by the Plasencia family.

While most of Rocky’s cigars are made by his partners with the best available tobacco, for a few years, Rocky and another partner, Amilcar Perez Castro, have been making cigars on their own in Estelí, Nicaragua. The partnership yielded a good-sized operation after a few years. 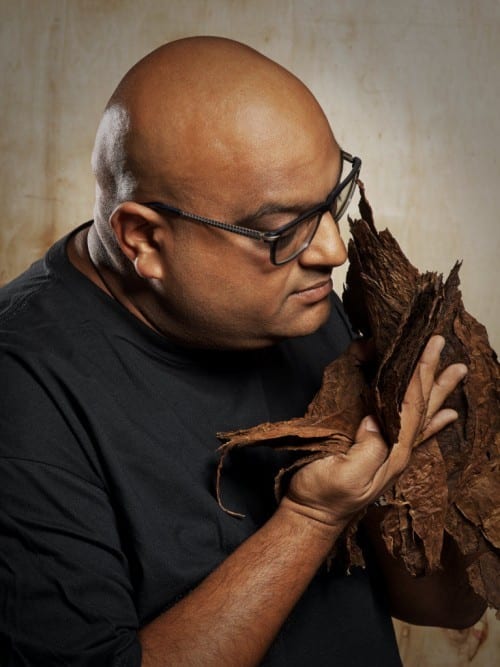 In their purpose-built factory in Nicaragua, the company makes strong-tasting Nicaraguan cigars. With some 40 pairs of rollers, the company is pumping out more than 10,000 cigars per day. This factory has been the source for the Decade, the Rocky Patel Fifty line, Royale, and many other boutique style cigars from Rocky Patel.

Since 2011, the company has been making its own boxes in Nicaragua; boxes are always difficult to procure in Nicaragua. In 2012, Rocky contracted a farmer in Condega to grow tobacco exclusively for the company. This year, in the crop year 2013/2014, Rocky Patel cigars has massively increased its ability to provide its rollers with its own tobaccos from the field.

In Estelí, the company is growing a whopping 45 manzanas [31.7 hectares] of tobacco. This quantity is tremendous and requires two curing barns – bigger than any barns that Nimish Desai (head of production) has ever seen. According to Nimish, by growing their own Estelí leaf, Rocky Patel is able to save some 25% on leaf costs. Nimish also explains that he is interested in having a farm in Jalapa, the eastern most tobacco region in Nicaragua.

This would mean that the company would grow leaf in all three of the major tobacco growing zones of Nicaragua. Since the factory in Estelí is using leaf largely from Nicaragua in order to produce strong cigars, all this activity in the fields and curing barns is important for the company. In order to make these bold moves, Nimish has had to take on a larger role at the factories in Nicaragua and Honduras.

In spring of 2013, Rocky found himself inundated with so much work that he couldn’t focus on the bigger questions that the company faced. “When
you get caught in the trees, you can’t see the forest,” he explains. Managing relationships with hundreds of retailers while making every important decision about production had taken a toll on him.

With Nish, passion rules all.

Then, one year ago, Rocky began to formalize a change that had been taking place under the radar for some time. He started to hand off more and more daily responsibility to Nimish and Nish. In the factories, all the departments now report to Nimish. And Nish moved manages the sales force and major clients.

“For us, change is decided in the conference room,” explains Rocky. Nish says, “The conference room is where everyone at the company gives their opinions on anything that we are doing. It is where we refine our craft.” To accompany the conference, there is a selection of alcoholic beverages, and, of course, many cigars are smoked. “With Nish, passion rules all,” says Rocky about his brother. “He’s so passionate about cigars; he has an incredible palate. You can’t teach someone to blend or how to taste. He also understands the bloodline of cigars, the making and the selling. He got so ensconced in the art form that he took on the responsibility on his own. If there’s any little problem in the factories, Nish is right there, taking care of it.” He cares about it like it’s his own. ” explains Rocky.

Rocky goes on to say: “In the past I was a perfectionist and wouldn’t trust anyone. But now, these guys have made me comfortable that they will continue the perfectionism.”

“I am just not involved in the daily decisions,” Rocky says. This is a massive departure from Rocky’s previous style of leadership. One would be forgiven for thinking that this change is due to the company’s being so large that it doesn’t lend itself to a single leader making all key decisions. This could be true.

But as Rocky explains, “Ultimately, my vision was to build a lifestyle company. My love and heart will always be with premium cigars and making new blends with new tobaccos from around the world. I want to spread my wings and be more of a visionary, now that I have a great team in place.”

For the past five years, Rocky has been one of the most prolific amateur lobbyists on behalf of the premium cigar business. He has spent a lot of time in Washington DC. In a subtle way, Rocky’s Burn lounge in Naples, Florida, is part of his lobbying effort. Rocky entertains and educates politicians there at every opportunity. But perhaps more importantly, the bar is a comfortable place to relax and perhaps enjoy a cigar for those who have not smoked before. 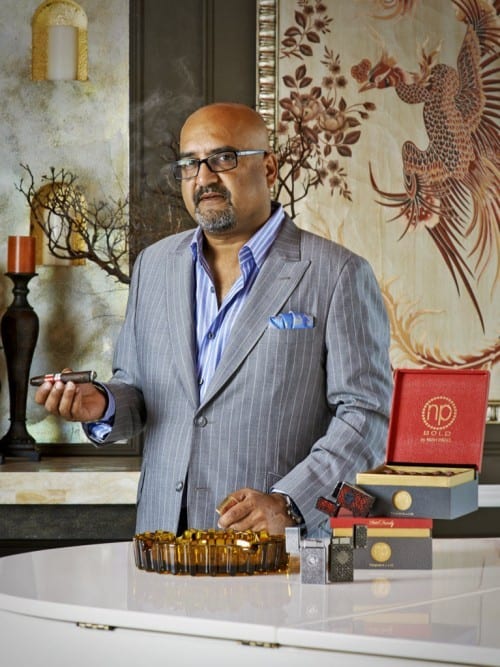 As Rocky explains, “Burn brings in young people, women and generally new people who currently don’t smoke cigars. It brings in people who wouldn’t normally go to a cigar store.” The lounge has a walk-in humidor with full-time staff to assist customers with their purchases. The humidor carries the brands of many companies, not just Rocky Patel. The selection ranges from common cigars to the rare pre-embargo Cuban cigars.

Rocky has always had a wine cooler in his office. Over the past few years, his passion for wine seems to have doubled and redoubled. He has stocked Burn with good wines, and spends time with wine makers. So it is fitting that Rocky’s first major new product category will be wine. For legal reasons he wasn’t able to reveal the brand name, but he has been working on the wine for three-and-a-half years, and anticipates that the first bottles will reach the market in early 2015. To create the wine, Rocky visited Paso Robles, Napa, Washington, Oregon, and Italian wine makers.

The first wine he will release will “probably” be a California Cabernet Sauvignon, most likely from Napa. As his second wine, Rocky would like to make a Chardonnay from California. One of the most difficult aspects of selling wine is dealing with the various national and state laws. Rocky claims to be close to announcing a deal with one of the biggest wine distributors in the world. In addition to the wine and new blends of cigars, Rocky is working on whiskey, clothes, cigar accessories, and furniture as part of the Rocky Patel Lifestyle.

Rocky will continue to work with Plasencia and “always will” for his big production brands such as the Edge, Decade, and Vintage. But other aspects of the company have changed. Nish and Nimish are traveling in excess of 40 weeks per year.

Rocky Patel has become a name associated with a style, not just a cigar.

Nish took a hard line with online retailers of Rocky Patel cigars. They had been discounting the cigars far below traditional rates. Through contract signing, Nish got his way, and now, retailers both online and off, will be playing on a level court. The company is known for releasing many new lines or brands in a year. All three confirmed that the company’s plan is to focus on the brands that already exist on the market. “We have something for everybody now,” Nimish says. “So, getting the cigars under control, producing fewer new brands, and controlling prices are three key factors during this period of transition.”

“I was not able to go to the spa for a week to think about all these changes at the company,” Rocky admitted. It has been described in all cases as a situation where everyone was ready to move on and move forward to the next challenge. “It happened naturally,” Nish says.

So now, with cigars in hand and wine on the horizon, Rocky keeps us in suspense about which new products will come to light soonest. Could it be more accessories, clothes, or will it be a whiskey of some origin? Nimish’s and Nish’s cigars Nimmy D, Thunder, Xen have been received well by smokers.

You can expect to see these guys a little more frequently out at your local cigar store or lounge. 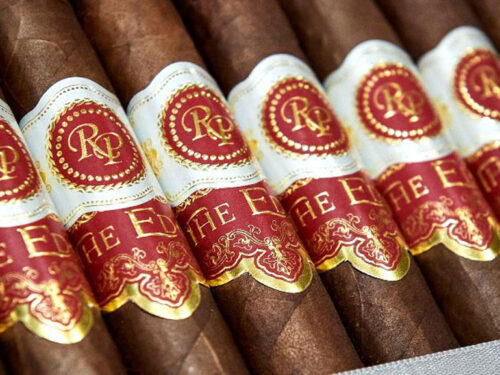 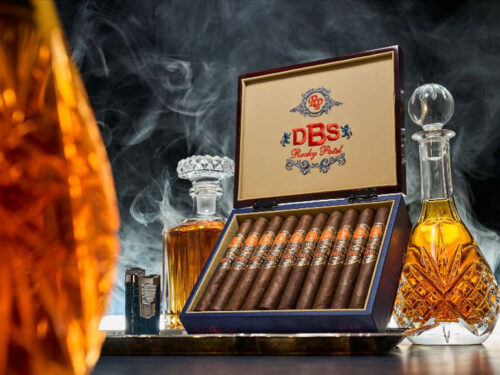 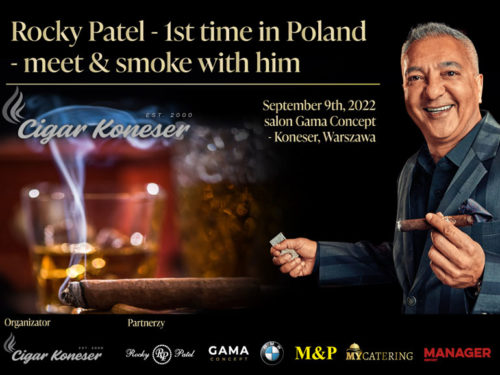 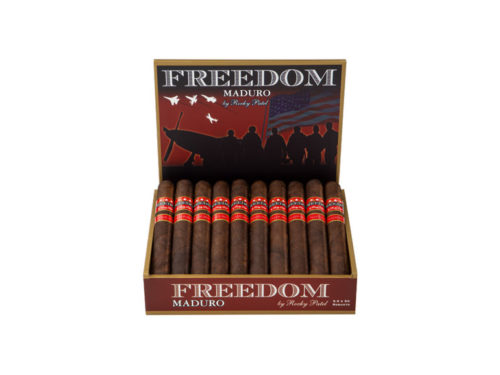 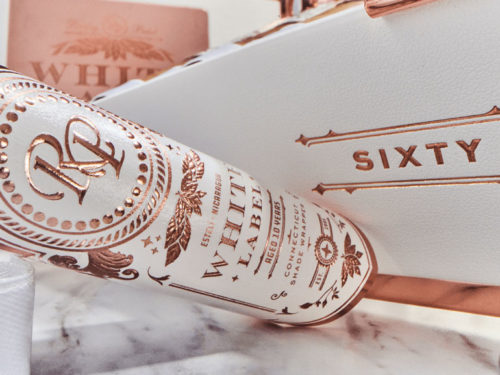