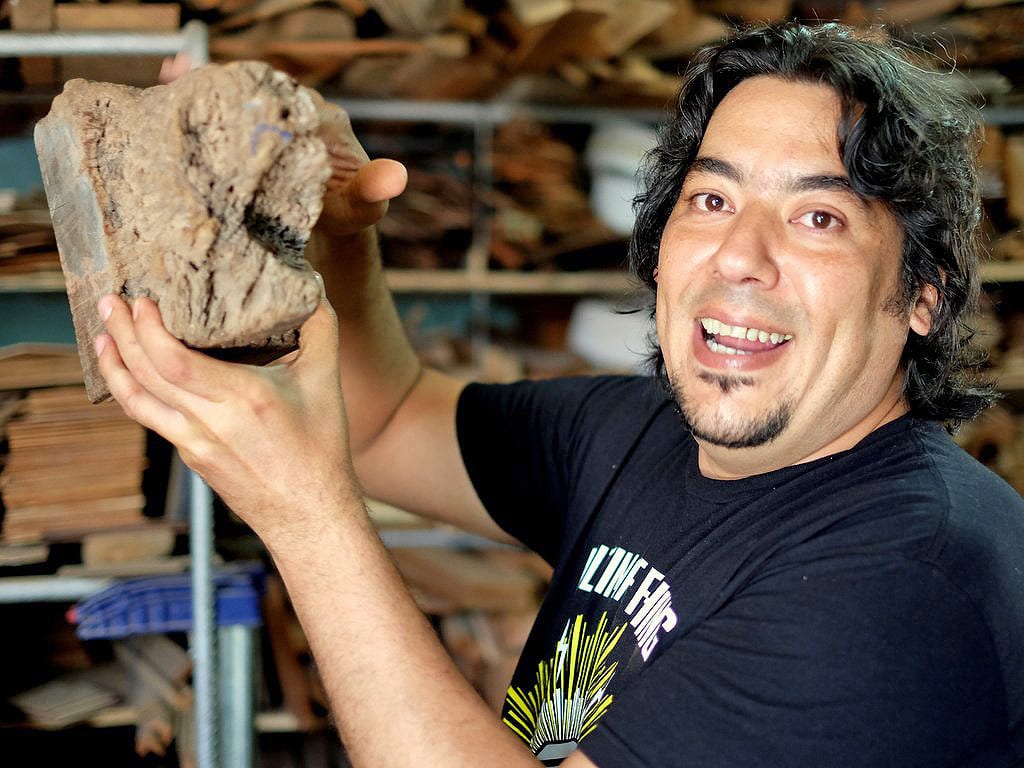 His humidors are auctioned for hundreds of thousands of Euros at the Festival del Habano. José Ernesto Aguilera’s company Humidores Habana is a Cuban success story. Fourteen years ago, when Aguilera built his first humidor, he never would have dared dream such a thing.

At the time, he also didn’t know very much about cigars. “Back then, I didn’t know that cigars are real works of art, and how important the humidor is for the cigar smoker,” he said. “I wasn’t aware how passionate our customers are. They travel thousands of miles to see Cuba and to buy Cuban cigars.” After graduating from high school, Aguilera worked as a builder, but discovered his artistic talents early on.

He worked a lot with metals,and, in 1994, took the Los Artesanos de Cuba association examination. In the following years, he scraped together a living as a metalworker, developing his signature method of combining metal and wood. Aguilera built his first humidor in a basement near what today is his production facility. 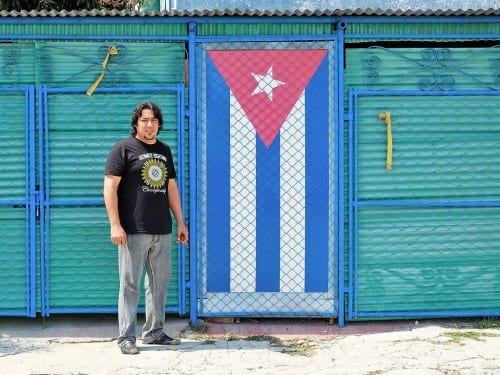 What the now 41-year-old was missing in knowledge, he made up for in artistic ability. He attracted the attention of Habanos SA, which accepted his bid to produce the Replica Antigua Humidor. It was both a lucky break and an enormous challenge. “We weren’t prepared for production of that scale,” said Aguilera. My coworkers and I had to learn a lot, very quickly.”

The humidor builders from Havana had to figure out a lot of problems. The selection of wood available from government-approved distributors was limited, and import was not an option. Cuba’s humid climate presented a further challenge. Wood is living, and can react to changes in the ambient humidity by warping. “Our solution,” explains José Ernesto Aguilera, “is to work with old wood. Material that has already been around for a half century or more in a certain location has gotten used to varying levels of temperature and humidity, all kinds of movement … as time goes by, it loses its power to resist.”

A special piece of wood is like a diamond. It has to be cut just right to reveal its beauty.

The state monopoly has since gone away, and, since the beginning of the year, importing wood is now possible. However, Cuba’s situation is still not comparable to that of other countries. Señor Aguilera recalls his experience in San Francisco several years ago, where he visited a furniture factory. “We saw wood from all corners of the earth in their storage space, which was bigger than our entire facility. You could help yourself and choose whichever wood you wanted. We don’t have that here. What we have, however, is very authentic.” Humidores Habana works with old furniture and wood from demolitions, preferably from attics, that has dried for years under the Caribbean sun.

The year 2005 was the first year that Humidores Habana created a humidor for the Festival del Habano auction. For his inspiration, José Ernesto Aguilera looked to the brand. “The English figure of Punch is very familiar to Cubans. He’s a connoisseur of the art of living who gets by on his wits. We sat Punch on the humidor so that it looked like he was about to swipe a cigar.”

Since then, many others have followed the Punch humidor. Humidores Habana has brought in more than three million dollars for the Cuban public healthcare system through these auctions.

“Every brand has a rich history that can be interpreted in many ways. That’s what we’ve done: interpreted the brands through new perspectives,” explains Aguilera. He gives an additional example. “Have you been to El Laguito? Is there a sign there that says, ‘The best cigars in the world are rolled here?’ No, El Laguito is a mysterious place. Only once you’re inside do you discover the cigar rollers. From the street, you see nothing. In 2012, we expanded on this concept for the Cohiba humidor. It’s designed to look like the factory, with a hidden drawer inside for the cigars. By remote control it rises up, reveals the secret and says, ‘Boom, I’m a Cohiba!’”. 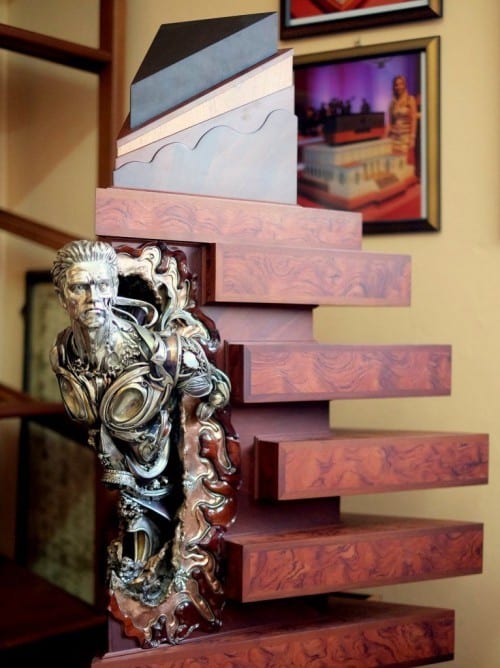 The spectacular humidors auctioned off at the festival are Humidores Habana’s best advertising. Close to where we’re sitting in the conference room is a Terminator Humidor for Arnold Schwarzenegger.

“A friend of the actor originally ordered a humidor in the form of a machine gun. We worked on those designs for two months, but weren’t getting any good results. Then we began to pursue another idea that better embodied the Terminator’s story. The idea was to connect a contemporary piece with the futuristic figure of the Terminator. Our customer gave us total freedom. It’s an honor to be able to produce such a piece, to let our imaginations run wild without boundaries.”

José Ernesto Aguilera develops his concepts in his studio, still located in the basement where it all began. The artist likes to retreat here in the early hours of the day to hatch new ideas. “For many years, Cuba had a shortage of almost everything. That gave a lot of people an excuse to give up on their dreams. But we’ve learned: we can do it.”

Humidores Habana is an example of the new Cuban entrepreneurism. The business has now engaged a general manager, who studied economics abroad, is well-traveled, and speaks multiple languages. This year, an industrial designer and an engineer joined the team.

Aguilera is grateful and happy. “Through Habanos SA, our humidors end up all over the world, in more than 70 countries. That makes me very proud.” Humidores Habana produces three product lines: the Línea Comercial, within the $25-200 price segment; the Línea Executiva, with pieces up to $3,000; and finally the Línea Lujo, featuring more elaborate, one-of-a-kind pieces with open-ended prices. 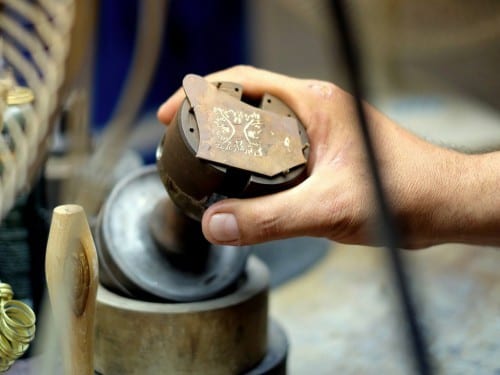 Then there are the commissions. Most recently, Humidores Habana produced around 50 humidors for the Bolívar Presidentes Edición Suiza 2013. The commission books are heavy with orders. That allows José Ernesto Aguilera to be somewhat choosy, dedicating himself to those projects that really inspire him: for example, a one-of-a-kind piece that depicts a remendón (cobbler).

“It portrays a Cuban who has his own little place, as we say here,” explains José Ernesto Aguilera. “He repairs things for other people, and sometimes he repairs his own life. He’s happy in his work. There are many people here who don’t have very much and work so hard. The world all around us is a consumer world. In Cuba, where we don’t have many things, people who can fix things are very important – not because of the money, but because of what they can do with their hands. It’s a uniquely Cuban phenomenon, for which they’re now giving out licenses.”

Aguilera fashioned the figure’s belly out of a cut billiard ball … Improvisation as practical constraint and artistic statement at the same time. “We learned that we can tell stories with a humidor,” says José Ernesto Aguilera. “And do you know how many stories we have here? With every humidor, our customers are getting a piece of Cuba.” 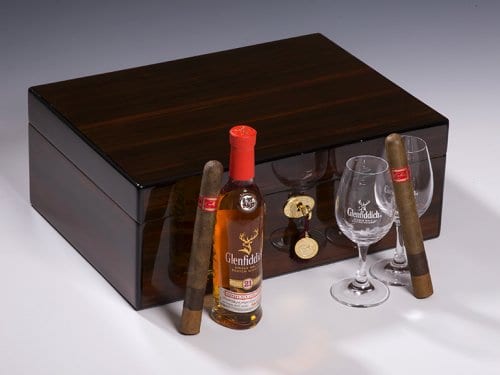 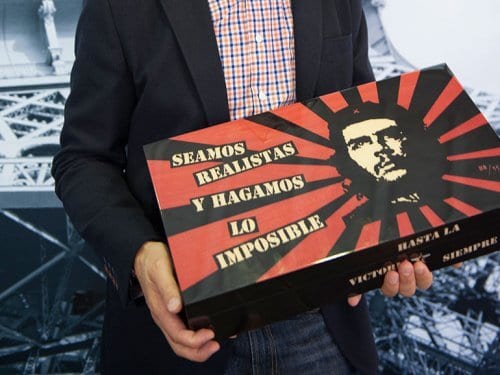 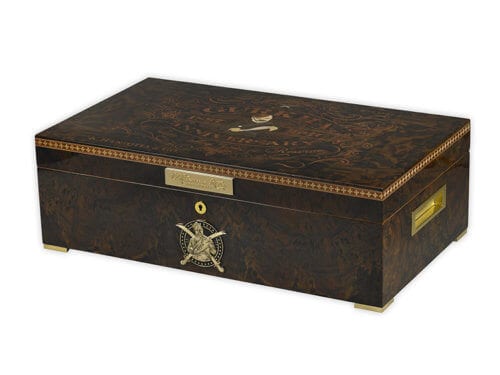 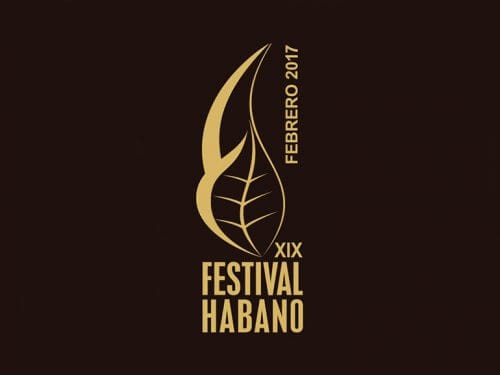