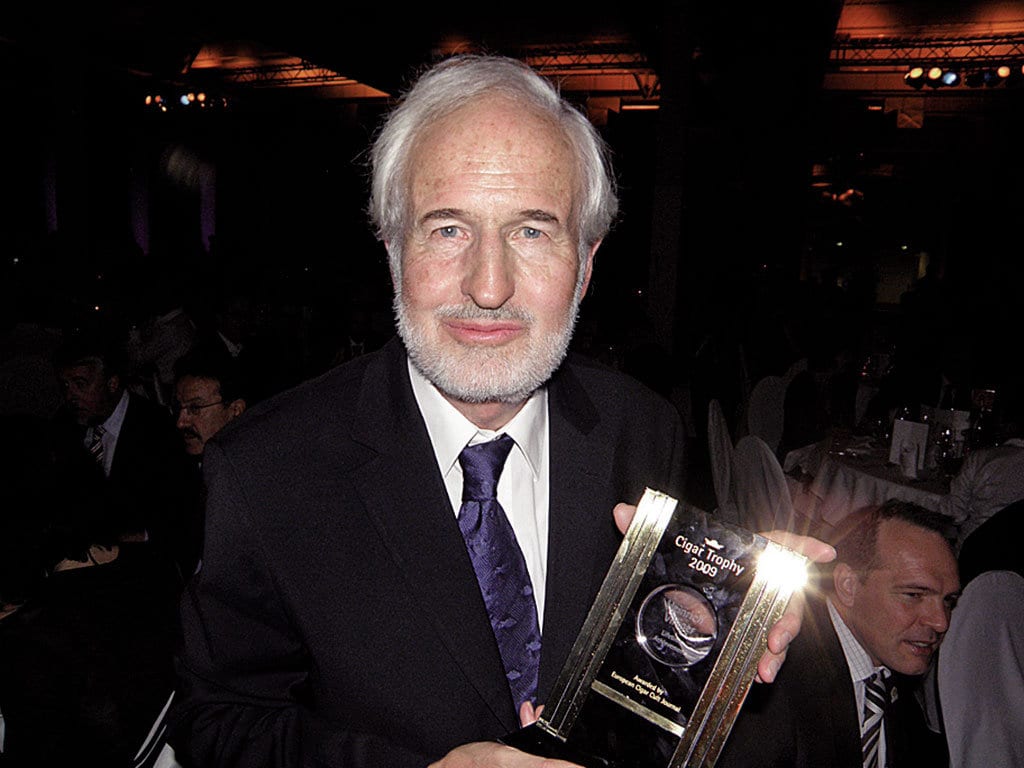 Following the awards ceremony in New Orleans in August, twelve more honours were awarded during the opening ceremony of InterTabac 2009. In this anniversary year of Cigar Journal there are two winners in each category, reflecting the different markets in Europe and the USA. While Rolando Reyes Sr. was awarded for his impressive life’s work in New Orleans, Heinrich Villiger earned heartly applause by the audience as he accepted the Cigar Trophy Lifetime Achievement 2009 in Dortmund.

“In love with Tobacco” announces the Villiger Group on its logo, and there could not be a more accurate description of the head of the tobacco company, Heinrich Villiger. Not simply acting as a self-interested business man, but showing an interest wherever cigars are concerned, his has been a tireless voice calling for tolerance between smokers and non-smokers.

Villiger, whose company has been run by the family since 1888, has been an outspoken advocate for his craft when it comes to Brussels and EU bureaucracy and the rampant restrictions on smoking that are being introduced. First and foremost, however, he is an expert on tobacco and an iconic figure in the world of cigars.

Reason enough, then, to honour this man, who never pushes himself into the limelight, with the Lifetime Achievement Cigar Trophy, as the standing ovations proved during the get-together party.

To the article: Rolando Reyes Sr. honored for Lifetime Achievement.