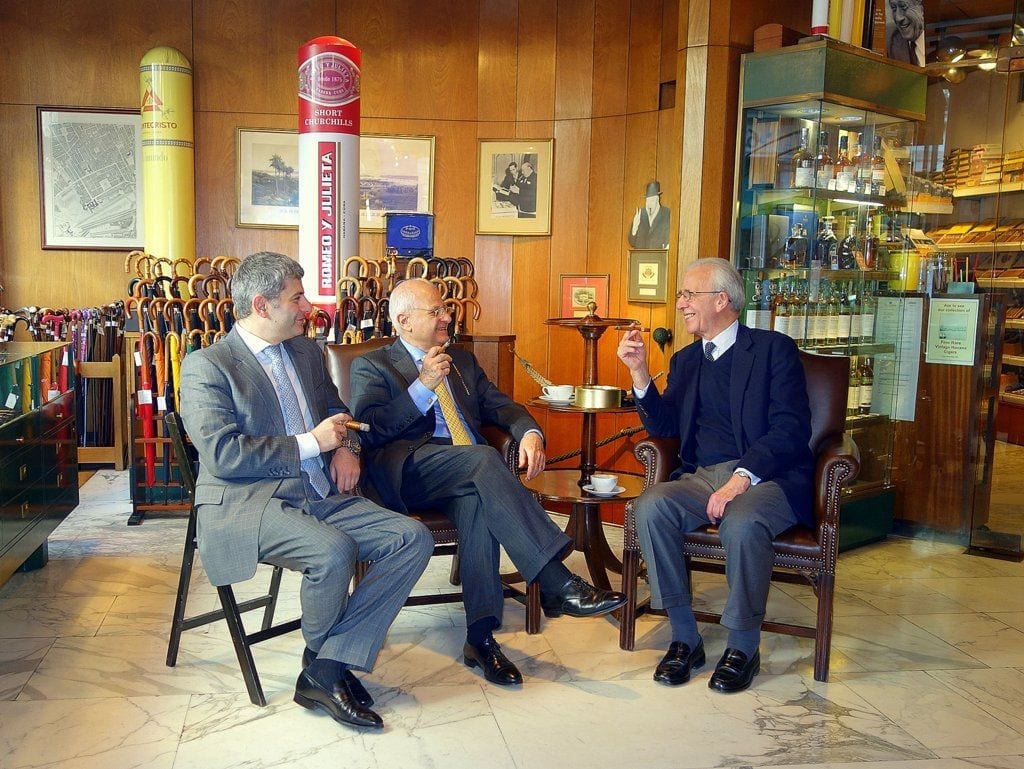 So often, it is unplanned encounters that are the most enjoyable. On the Friday after Christmas, one of those precious days when London is almost deserted but all the shops are open, I found myself in Jermyn Street exchanging a hat I had been given for one that fit. My task completed, I turned towards St. James’s Street where on the corner lies Davidoff of London, a shop I have known intimately since 1980, when it first opened.

Usually I would have called in advance to see who was in, but this was the holiday season, so it was a matter of pot luck. Imagine my delight when I found not only Edward Sahakian, the proprietor, but also his son Eddie there to greet me! For the next hour and a half we enjoyed a discussion on the state of the cigar world, which I shall treasure for a long time.

The popularity of slender vitolas persisted into the 1980s, with cigars like the Davidoff 3000 and the Dunhill Atado.

High on the agenda was the cigar to accompany our musings. The whole contents of the humidor were at our disposal, but it became apparent that Edward had recently discovered something special amongst the myriad of boxes on display. His hand dipped into an unusually slender cabinet selection box from which he withdrew two long, thin, distinctly elegant cigars. They were Hoyo de Monterrey Le Hoyo du Gourmet, a size that measures 170mm (63⁄4 inches) in length by a 33 ring gauge. He explained that it might not be what I was used to these days, but was adamant that they were worth smoking.

Our conversation turned to the comparatively new fashion for fatter and fatter vitolas. Edward and I are of similar age, in fact only three months separate our birthdays. Eddie on the other hand represents a different generation. He could hardly believe that anyone would choose a shape that looked more like a straw that had popped out of a cocktail glass than a proper cigar and promptly lit up a 55-ring-gauge Romeo Wide Churchill. 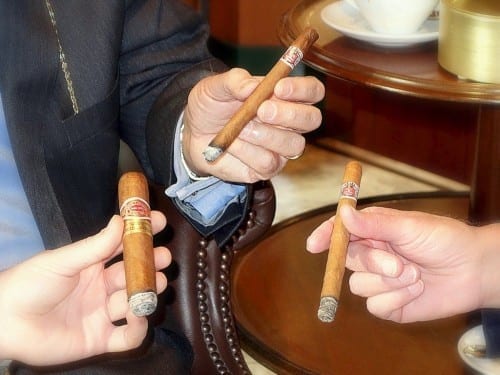 The senior generation reminisced about how, in the 1970s (I joined the Havana trade in 1977), no self-respecting Havana brand would omit a long, slim size from its range. Names came up like the Punch Ninfas (178mm/7 inches by a 33 ring gauge) and the Romeo y Julieta Shakespeare (175mm/67⁄8 inches by a 28 ring gauge).

The popularity of slender vitolas persisted into the 1980s, with cigars like the Davidoff 3000 and the Dunhill Atado, before they fell from grace with smokers. Eddie was really surprised when we explained that in those days the word “Robusto” did not exist in cigar vocabulary.

That is not to say that there were no 124 mm/4 7⁄8 inch by 50– ring-gauge Robusto sizes available. Classics like the Partagas Serie D No. 4 and Hoyo Epicure No. 2 had been around since the early 1960s, if not before, but they were not popular. It was in 1989, when Cohiba introduced its Robusto, that the word, which had previously only been used inside Cuba’s factories, was revealed for the first time. It sparked the Robusto revolution.

Sales of Robustos grew during the 1990s.

Sales of Robustos grew during the 1990s, not only amongst Cuban cigar smokers in Europe, but also amongst non-Cuban, premium cigar smokers in the United States. Before the cigar boom in America (1994 to 1997), the most popular size had been a Lonsdale, which had a 42 ring gauge, but soon the Robusto took over the top spot. Since then, waistlines have expanded dramatically on both sides of the divide. A visit to leading US cigar manufacturers’ websites today reveals that their portfolios are littered with ring gauges of 55 or more. Ring gauges of 60 are almost universal, and 64 and 66 far from uncommon. Cuba has been more restrained but the 56-ring-gauge Cohiba BHK 56 showed which direction they were heading.

To stir things up, I reported an observation I heard last year during a conversation between cigar lovers. Someone said that, in his experience, people who smoked cigars of traditional girths, i.e. up to a 49 ring gauge, behaved better than those who smoked a 50-gauge or more. The contrast, he opined, resembled the difference between the owner of a souped-up Porsche Carrera and a Rolls Royce Phantom. 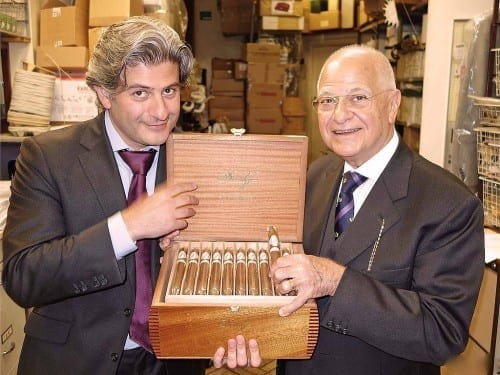 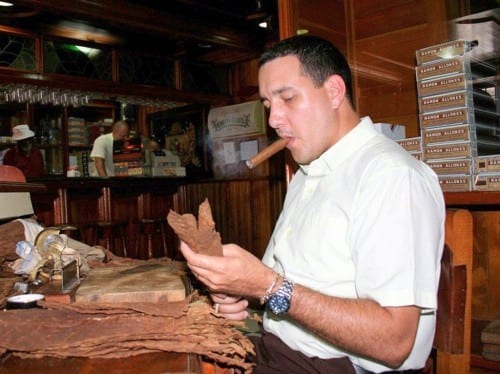 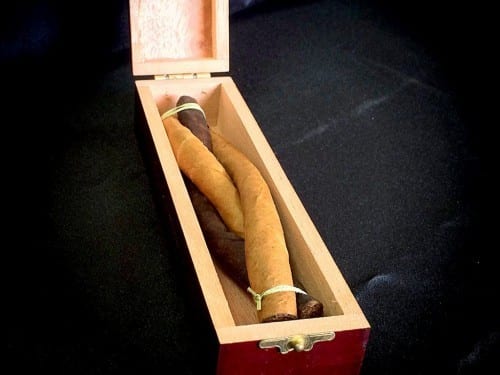