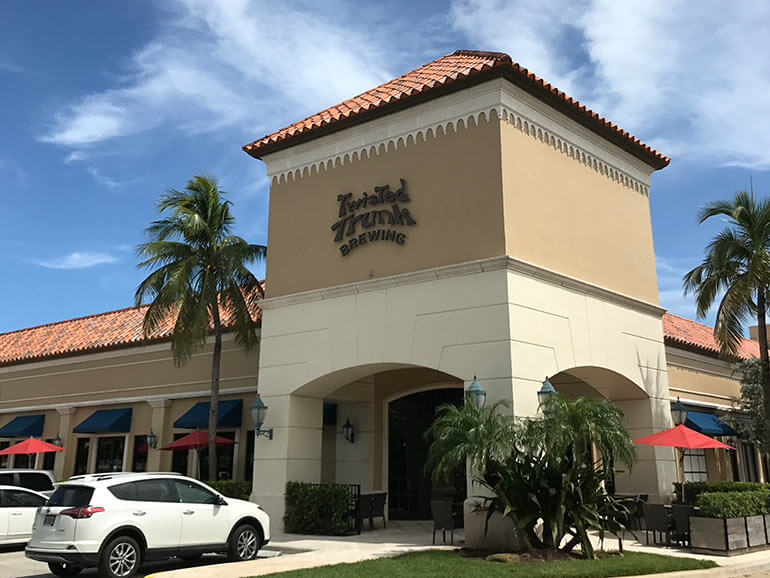 After a day out on the links and perhaps a beer and cigar at the 19th hole in Palm Beach Gardens, take PGA Boulevard over the intercoastal waterway and you’ll arrive at Twisted Trunk Brewing. A great place to relax and have a cold one and a cigar and reflect on the happenings of the day.

Fran Andrewlevich, distinguished owner of Twisted Trunk as well as two other sister breweries in the area, discloses a bit about the history of Palm Beach Gardens and the inspiration for the name of the business. “In 1959, John D. McArthur, founder of the town of Palm Beach Gardens, replanted an especially twisted Banyan tree at the corner of Northlake and Garden as you enter the township. This tree with the twisted trunk symbolizes Palm Beach Gardens. For many of our European readers, it must be shocking that a city could be founded as recently as 1959! This is the new world…. 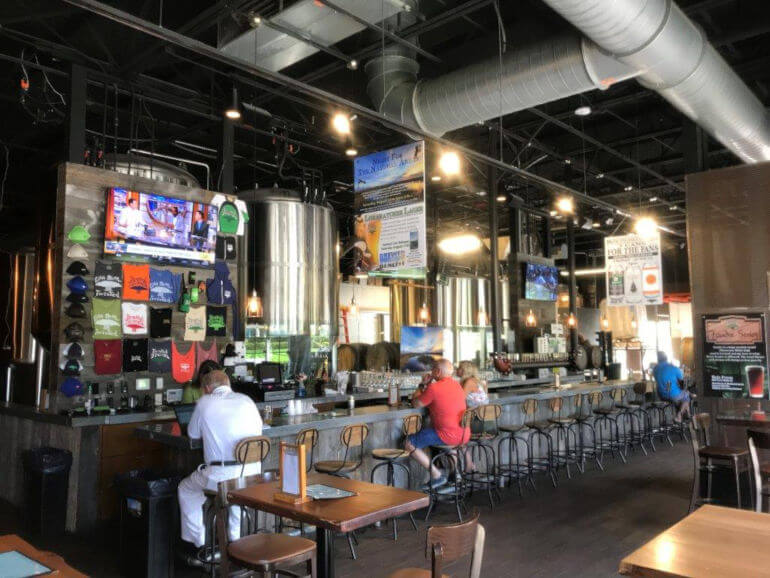 Golf Capital of the World

The self proclaimed “Golf Capital of the World“ Palm Beach Gardens is frequented by many famous, professional golfers. The main thoroughfare is called PGA Boulevard, that should tell you everything you need to know. The kind weather and the beautiful ocean breeze that seems to be blowing all year long make for fertile grounds for golf course developers to choose this area for their creations. Whether you’re at Abacoa, Frenchman’s Creek or the Commander-in-chief’s private course, all of which are just down the street, The Trunk makes for a delightful cap to a day of chasing birdies.

Fran has been brewing beer for over 30 years. He started out at a pub called Irish Times in Palm Beach Gardens. As Fran tells me, this was the first real brew pub in the area that was actually brewing their own beer. Later in his career, he worked at an establishment called Brewzzi, which had 2 locations in West Palm Beach and Boca Raton. He later opened up the still running strong, Tequesta Brewing Company, in nearby Tequesta, Florida. Throughout this time Fran was commissioned to consult a brewery in Quito, Ecuador to send the craft beer vibe to our brothers in South America. As he explains, “I helped out the Savoy Hotel in Quito which was quite vanguard in wanting to have a piece of American culture long before any others in the area.” In my humble opinion, this should really strengthen Ecuadorian-American relations! 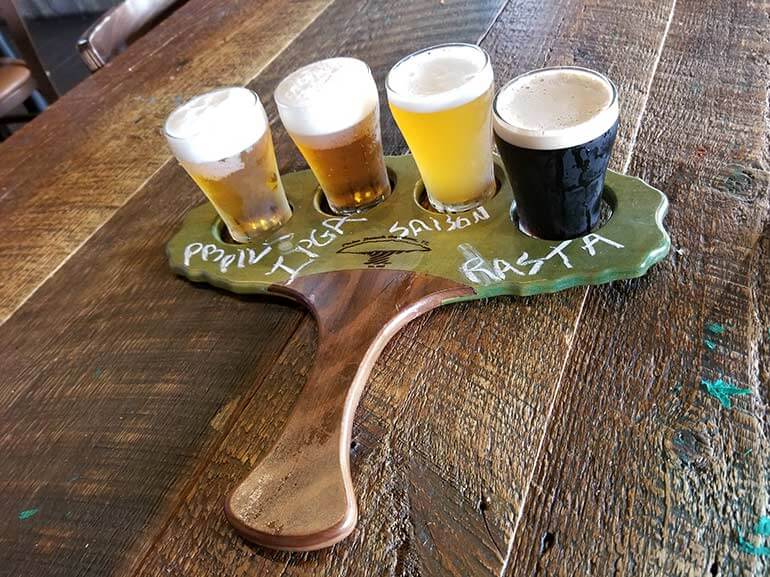 Photo: Bruce Busch | A beer flight in order to choose which cigar would compliment the palate. 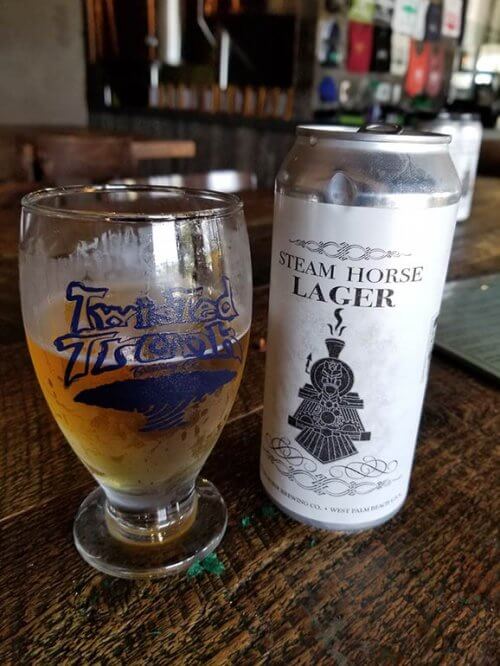 The lagers that are featured at this brewery are fantastic! Sure, the cleverly named, IPGA is a wonderful IPA that pleases the hopheads, but there are a pair of world class lagers on tap that raise the bar for all future brewers. The Chancellor is a German Kolsch brewed with Noble hops that is a well-balanced delight. Incedently, the aforementioned Chancellor makes for a nice pairing with a CAO Nicaragua. And the new star of the show is the Steam Horse Lager, a beer that starts clean, fills the palate with pure flavor, and then releases the drinker to enjoy a clean finish. I personally have never had a beer like it before in my entire life! It’s so good it should be against the law!

I have visited Twisted Trunk over 10 times and every time I wind up outside on the cigar deck with others who are combusting the leaf. Being such a cigar friendly spot, I have had the opportunity to speak with many folks who have enjoyed the synthesis of the hop and the leaf. Local legend and musician, Mike Kavo, told me his feelings about Twisted Trunk while we enjoyed a beer and a cigar together, “Twisted Trunk has a great overall vibe, from the keg latrines in the men’s room, to the rotational food trucks parked just outside, but the real magic all begins with the flawlessly fresh beer that they consistently produce!” Couldn’t agree more, Mike! Now set that quote to some music and drop the beat! 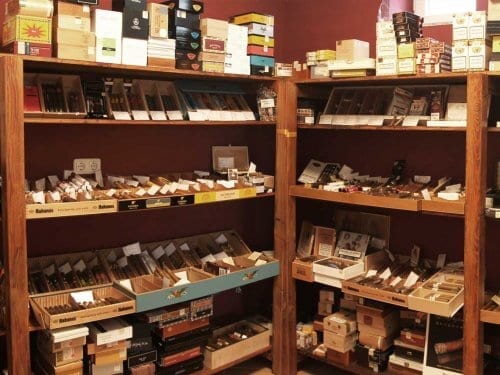 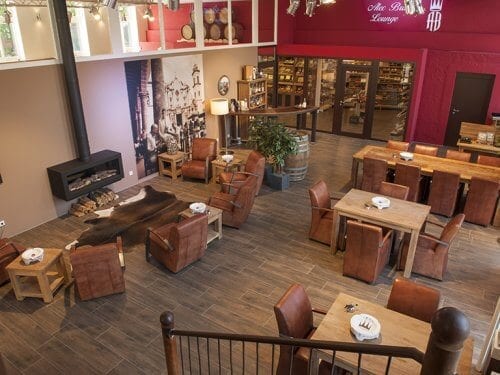 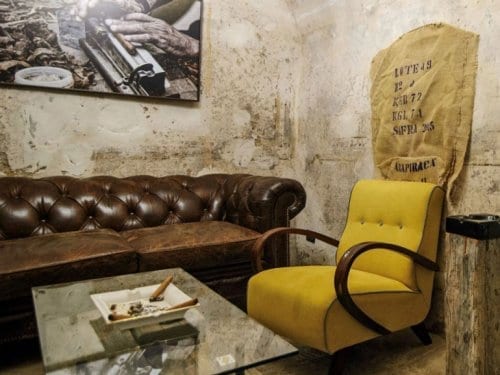 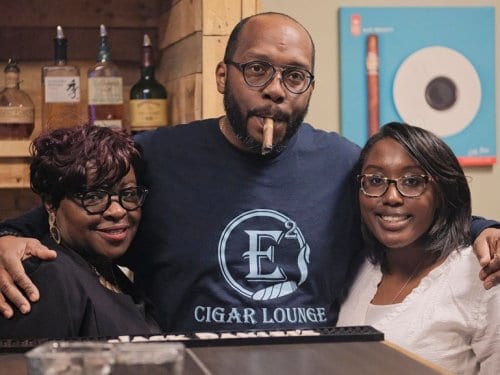