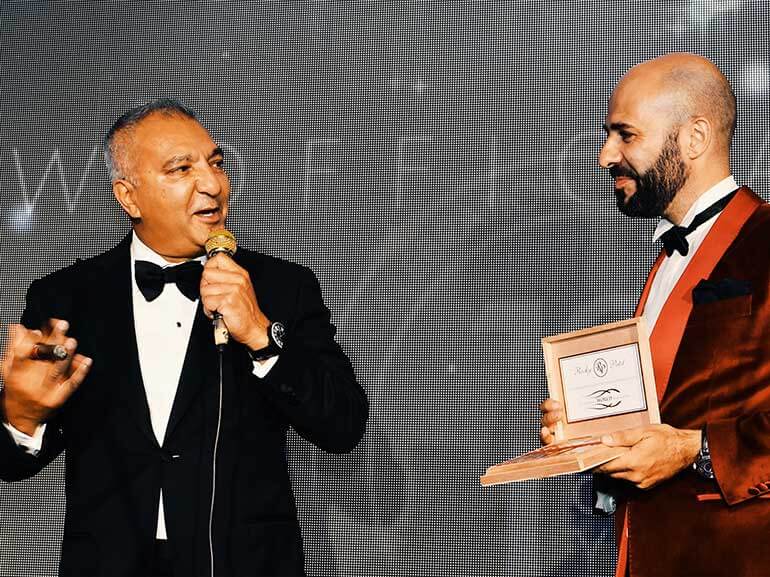 In 2020, the Cigar Smoking World Championship (CSWC) will enter its second decade. In February, the new competition cigar – a Rocky Patel – will be presented. The first qualification tournaments will start in the United States, and we will publish the tournament schedule in time.

The starting point for the second decade is extremely exciting. The smoking time of the 20 worldwide slowest participants is currently between two and a half and almost four hours (see the top 20 list).

The reigning world champion is Oleg Pedan from St. Petersburg. Commenting on his victory at the finals in Split 2019, he said: “Of course, I’m over the moon. During the final I was nervous and really struggled with concentration. The past two years haven’t exactly been my best at the CSWC, while Igor Kovacic and Darren Cioffi set impressive times. But it’s going to be exciting to see whether we can break the four-hour mark with Rocky Patel’s new competition cigar.”

Elena Tronina, who was the best female participant at the 2019 final, said: “Of course, it’s always a good feeling to win, even though I was actually competing to improve on my own time. I’ve got high expectations of the new competition cigar by Rocky Patel. His cigars are a great pleasure … and hopefully also a long smoke.”

Marko Bilic ́ still can’t believe that a worldwide contest among cigar friends has evolved from his “crazy idea.” Initially, it was only a few par­ticipants from the Balkans and Rus­sia who were interested in taking part in a championship of slow smoking, but then the competition fever rapid­ly took hold across Europe. 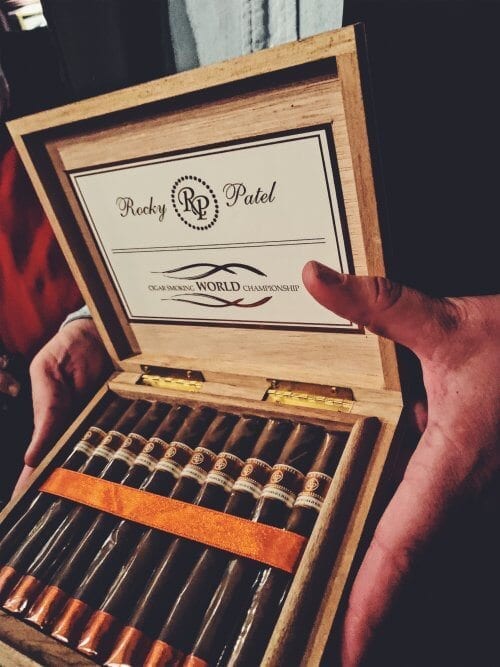 This was followed by the United States, Asia, the Caribbean, the Mid­dle East … A number of sponsors hopped on board with enthusiasm for the “slowest race in the world.” The national preliminary rounds in more than 30 countries with thousands of participants attract a considerable amount of interest in the cigar world. And major brands like S.T. Dupont, Pernod Ricard, Cuervo y Sobrinos, McLaren or Les Fines Lames appre­ciate the enormous interest. They are very generous with their prizes for the winners. Since Boveda packs have been used for the humidifica­tion of the contest cigars, the records have been tumbling. Up until 2015, the possible smoking duration of two hours seemed to be quite cap­ped. But today, the best time clocks in at 3h 52m 55s (Igor Kovacic, S). After 10 years of this success, the founder and president of the Mare­ va Cigar Club, which organizes the contest each year in Split, Croatia, has achieved the next coup. 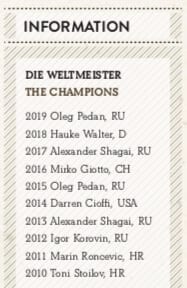 More information about the CSWC as well as the rules can be found on: www.cswcworld.com

From next year onwards, Rocky Patel will contribute to the official competi­tion cigar and will even dedicate a special, eponymously named cigar line to the Cigar Smoking World Championship (CSWC). Until 2015, it was the Montecristo No.4 and then the Macanudo Inspirado Ma­reva that the slow smokers mea­ sured themselves with – always a Petit Corona with the dimensions 130×16.7|51⁄8×42.

“What fascinates me,” beams Marko Bilic ́, “is that out of the simple com­ petition among (in the beginning) only gentlemen, a huge cigar fami­ly has evolved. Thousands of peo­ple from all the corners of the globe have gotten to know each other through the CSWC and have formed friendships across all geographi­cal, religious, political and social boundaries. This is the magic of the cigar.” 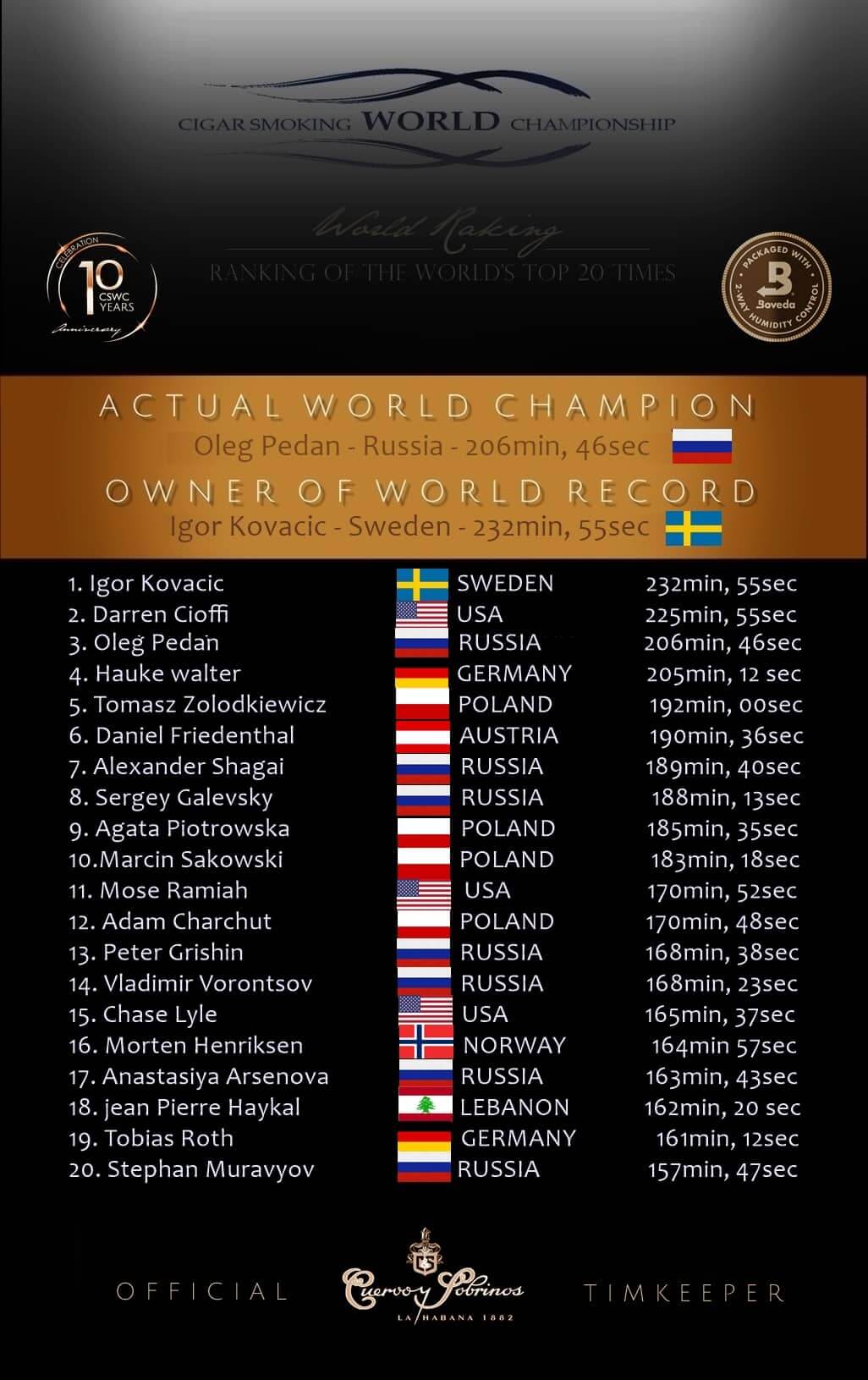