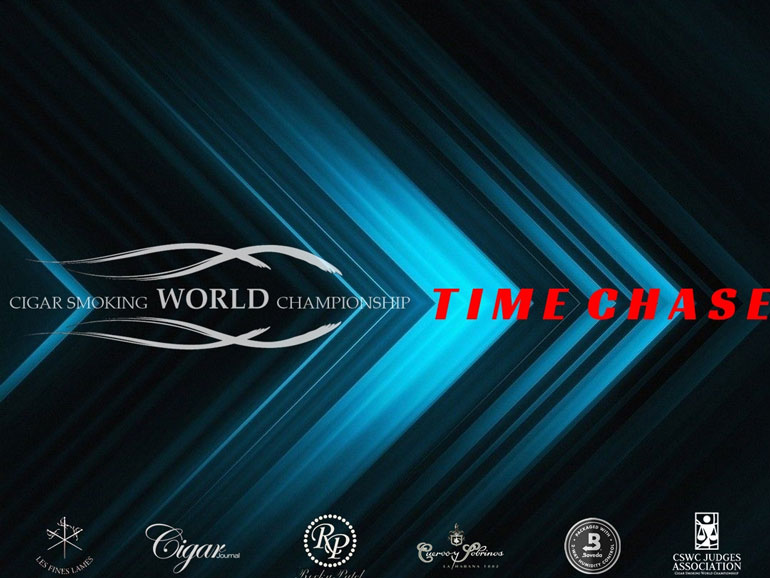 The Cigar Smoking World Championship organization (CSWC) is adding more slow smoking tournaments to their 2022 qualification season. The new format is called “Time Chase Tournaments”. The events are aiming to increase the level of excitement among the contestants.

Time chase events are additional tournaments held throughout the qualification season to give competitors an extra chance to qualify for the grand final if they did not win their national qualifier. Starting with the season 2022, the CSWC board has decided to award a “wild card” for the grand final competition to all competitors who manage to place their time in the final top 20 list of the best smokers of the current season. That means that even if these participants do not win the CSWC national qualification tournament, they still have a chance to compete in Time Chase tournaments, where the goal is to place or keep their time in the top 20 list. These events will be held only by official judges and times will be officially accepted only if the Judges will be organizers and in charge.

In conclusion, Time Chase events are designed to give participants the opportunity to have their times officially recorded in the TOP 20 list in order to win a wild card for Grand Final. Each country is allowed to host up to four Time Chase events.

“This will create a lot of fun. It also allows competitors to remain more involved throughout the season, creating more excitement and an additional possibility for the grand final until the very last moment of the qualification season. At the same time, the season’s top 20 list gains significance and relevance.” Marija Marovic, Head Judge.